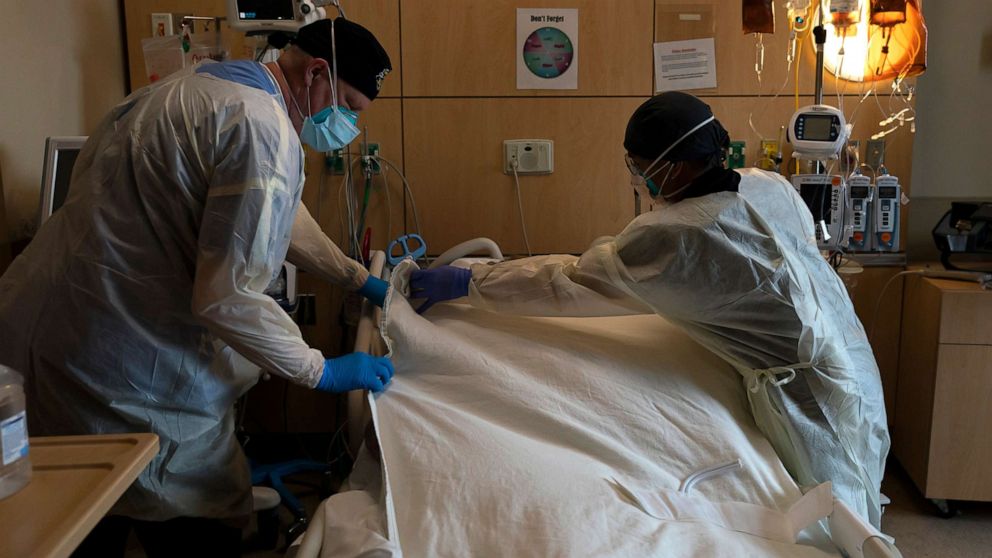 Despite the US recording more than 1 million COVID-19 deaths this week, few families have taken advantage of a government program to cover the cost of funerals for victims.

In April 2021, the Federal Emergency Management Agency launched a funeral assistance program, which can reimburse loved ones up to $9,000, which is the average cost of a funeral.

However, only about a third of eligible families have received compensation.

In the year since the program began, FEMA has distributed $2.3 billion to 351,000 Americans to cover the funeral costs of about 369,000 people who have died from the virus, averaging about $6,500 per person, according to FEMA data that were released earlier this month.

To qualify for assistance, applicants must provide a death certificate stating that the death “may have been caused by” or “probably resulted from” COVID-19 or COVID-19-like symptoms.

Death must have occurred nearly on or after January 20, 2020, the date the first lab-confirmed case of COVID-19 was reported in the US

Applicants must apply by phone, and after the phone call, they can submit proof of funeral expenses — such as itemized receipts, invoices, or funeral contracts — or other assistance online, by mail, or by fax.

Allowances can be used to cover any portion of funeral expenses, including burials, coffins, body preparation, cremation, urns, clergy, services, and headstones, as well as costs associated with state or local ordinances and the preparation of death certificates.

Temporary tourist or work visa holders are not allowed to request assistance. In addition, pre-planned or pre-paid funerals are not eligible for reimbursement, even if the person has died from COVID-19.

“Most eligibility decisions are due to funeral expenses being paid for by another source, such as funeral or funeral insurance,” FEMA press secretary Jeremy Edwards said in a statement to ABC News. “Any payment made specifically for a funeral prior to death will be considered a duplication and will not be eligible for reimbursement.”

An ABC News analysis that compared the number of FEMA applications to the COVID-19 death toll from the Centers for Disease Control and Prevention found that North Carolina led the US with 68% in funeral assistance applications.

To increase awareness of the program, FEMA launched an outreach campaign in March 2021 that included paid advertising and media roundtables in several languages.

“FEMA will continue to reach out to all affected communities, including those that have historically been understaffed, which is why we recently launched a targeted outreach campaign – in San Bernardino, California; Bronx County, New York; Philadelphia; and Hidalgo, Texas — all areas identified with high rates of COVID-19-related deaths, low funeral assistance claims and high scores on the Social Vulnerability Index,” Edwards said in a statement.

The statement continued, “We also sent more than 780,000 letters, initiated nearly 190,000 auto-dialer contacts, and made 64,619 in-person outreach calls to raise awareness of the COVID-19 funeral program.”

The agency also said it will pay special attention to California, New York, Pennsylvania and Texas, all of which saw high death rates from COVID-19.

Some local community groups have taken it upon themselves to educate people about the application process. COVID Survivors for Change, a group that provides support to those “immediately affected” by COVID, held a Facebook Live about the program last year to answer some frequently asked questions about funeral services.

FEMA has in the past provided funeral assistance to Americans who died in federally declared disasters such as Hurricane Maria in 2017 and Hurricane Florence in 2018. However, the agency says this program represents the “largest offering of funeral assistance in FEMA history.”