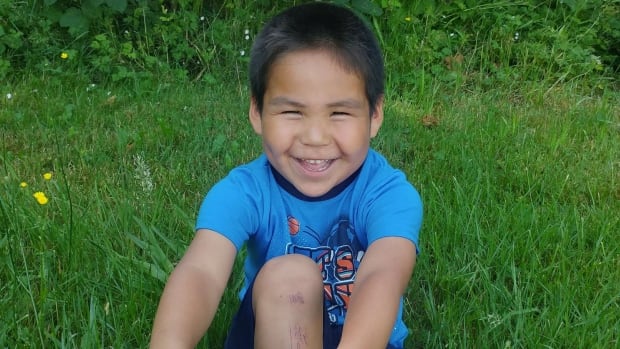 More than four years after the suspicious death of six-year-old Dontay Patrick Lucas in Port Alberni, BC on Vancouver Island, police say two people have been charged with his murder.

“It’s very emotional,” said father Patrick Lucas on Saturday. “I’ve been fighting for this for four years. Fifty months to be exact.’

Dontay Lucas, who is of Hesquiaht descent, was found in medical distress at a home in Port Alberni on March 13, 2018 and rushed to hospital but did not survive.

So far, no arrests had been made in the case.

“These investigations are difficult for all involved and we understand that the time it has taken to get to this point has been a challenge for the community,” said Insp. Eric Rochette in a statement.

Patrick Lucas said Rykel Frank is his former partner and Dontay Lucas’ mother, while Mitchell Frank is the boy’s stepfather.

Patrick Lucas said he was married to Rykel Frank for about 10 years. According to Lucas, the couple had three children together. He also said he grew up in the same community as Mitchell Frank.

The boy attended Port Alberni’s Haahuupayak Elementary School, which was closed for three days after news of Lucas’s death.

At the time, police released little information about the death, other than officers visited a home in Port Alberni after receiving a report of a child in medical distress.

Mounties called the death suspicious and appealed to the community for information.

Wanted to be a firefighter

Patrick Lucas, along with two of his sisters and his mother, spoke to CBC News on Saturday about how Dontay wanted to be a firefighter when he grew up.

They said it was a long and painful ordeal to get justice before his death.

“We fought for a long time to make this really happen. When I got a call yesterday, I couldn’t help but cry.”

“Not a day goes by that I don’t think about him. There is a lot of stress, a lot of frustration built up, so much anger.”

Rykel Frank and Mitchell Frank are expected to appear at the Port Alberni Law Courts on Wednesday.

More information about the charge and the investigation is expected at a news conference at the Port Alberni RCMP Monday morning at 10 a.m. PT, according to the police statement.

Patrick Lucas said he was angry about how long the investigation took before the charges were brought and that more could have been done to prevent his son’s death.

“Everyone involved, was involved, needs to be held accountable… we need a better… justice system.”