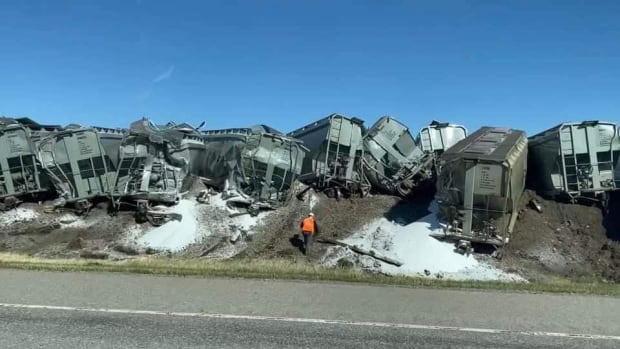 At 8:15 a.m., Mounties responded to a train derailment between Range Roads 251 and 252, near Highway 3. Firefighters and CP Rail also attended the scene, police said.

There are no injuries or public safety concerns, RCMP says.

The cause of the derailment is under investigation, she added.

RCMP responds to train derailment at Fort MacLeod. On May 22, 2022, at 8:15 a.m., near Highway 3, between Range Road 251 and Range Road 252. There were no reported injuries or concerns about public safety. CP Rail has responded. Traffic on National Highway 3 is being diverted.

RCMP said traffic in the area is being diverted. Traffic on Highway 3 westbound will be diverted to the berm of the road for the next several hours while crews work on site.

Police are asking the public to try and avoid the area.