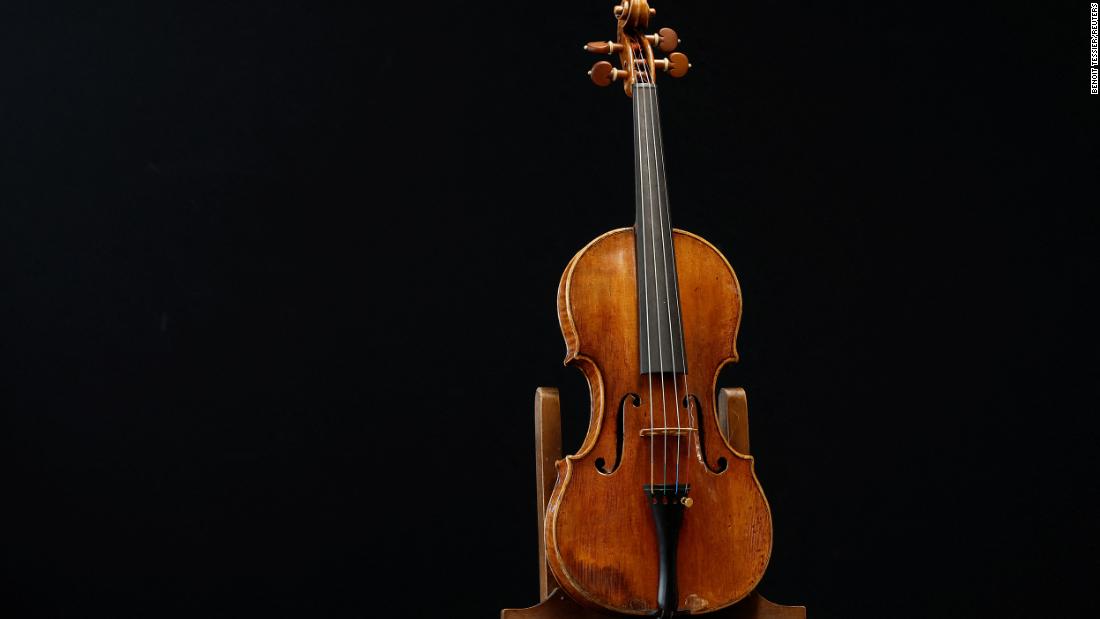 A nearly three-century-old instrument hailed as a Leonardo da Vinci of violins could fetch as much as 10 million euros ($10.6 million) when it goes up for auction next month, the French house overseeing the sale said.

Manufactured in 1736 by the respected Italian luthier Giuseppe Guarneri, it is owned by the virtuoso Regis Pasquier and its sound has graced concert halls around the world.

“There are many violins, but this one is like selling a Rembrandt, a Goya or even a painting by Leonardo da Vinci,” said Sophie Perrine of Aguttes auction house near Paris.

The violin on display during a media preview at auction house Aguttes. Credit: Benoit Tessier/Reuters

The maple-backed instrument is one of about 150 made by Guarneri, whose quality and longevity rival those of Antonio Stradivari, but was much less productive than its compatriot and contemporary.

Created at the peak of Guarneri’s career, it was bought more than 20 years ago by Pasquier, who gave a concert with it the next day without even practicing on it, Perrine said. “For him, this instrument was perfect.”

Since then, he has performed it on prestigious venues, including New York’s Carnegie Hall and the Opera Garnier in Paris.

The violin will be auctioned on June 3 after a three-day viewing. The base price estimate is 4 to 4.5 million euros, but Perrine said it could sell for up to 10 million.

“It’s something very old as well as something very current and alive,” she said. “And this little thing will continue to let people hear of its exceptional sound for years to come.”

Top image caption: The rare 1736 violin is displayed during a media preview at Aguttes auction house ahead of the violin auction in Neuilly-sur-Seine, near Paris, France, April 26, 2022.