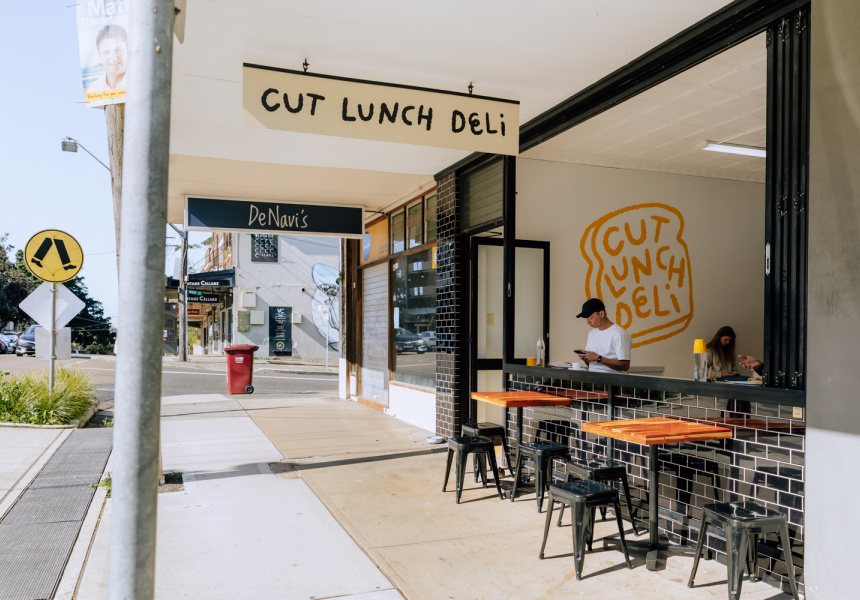 To keep ourselves healthy during lockdowns, many of us took to improving our kitchen skills, whether it was perfecting sourdough breads or whipping up dalgona coffee. Libby Dunlop – a skilled pastry chef who worked at Quay for 10 months before leaving to study finance and accounting – devoted herself to the art of the sandwich. Part of her obsession was fueled by her convenient location at Darlinghurst’s Organic Bread Bar. But when she moved to the eastern suburbs, Dunlop couldn’t find anything to satisfy her sandwich cravings.

“I was like, ‘What the hell isn’t good here.’ This was before Frank’s [Deli in Waverly] was opened, and I just needed something good. Then I thought, okay, that’s it. I think it’s just me,” she says pamphlet†

What Dunlop has come up with is Cut Lunch Deli, a deli-style sandwich shop in Randwick. It offers a simple menu divided into brekkie options, toasties and sandwiches, with all fillings inspired by “modern Australian” flavors and seasonal produce.

“In reality, modern Australia is not one thing,” Dunlop says. “When I was in college, most of my friends were Korean-Australians, so they took me to all these cool, delicious Korean places and I became obsessed with Kimchi. My partner is half Italian, so we eat a lot of meat, and that is where the deli piece comes in.”

Bringing all these influences together, Dunlop has developed combos including a Korean-inspired sanga with fried mushrooms, kimchi slaw and pickled cucumbers; the Morty D, with mortadella, stracciatella, and pistachio pesto; and the Schnitz sandwich with sesame panko-crumbed chicken, shredduce, and sweet zucchini pickle mayo.

There’s also the Green, which features fresh local produce with avocado, wood-smoked mozzarella from Marrickville’s Vanella, and a yogurt, basil, and chives sauce, as well as a Hetty McKinnon-inspired Misomite toastie with miso, Vegemite, and cheese. All the fillings are sandwiched between bread — potato buns, l’ancienne buns, and focaccia — from Dunlop’s first love, Organic Bread Bar.

As well as sandwiches, there’s coffee from Wollongong roaster Abstract Coffee and a selection of sweets made daily by Dunlop, including burnt butter choc chip cookies that she says have quickly become “a bit of a cult classic.”

The decor is light and airy, with a curvaceous white tiled worktop and splashes of bright sunny yellow throughout. Pull up a chair on either side of the bifold windows or, as Dunlop suggests, pack the sandwiches for a picnic on nearby Clovelly Beach.

You can also pick up condiments from the back shelf, which is dedicated to stocking Australian brands like Oomami, Hotluck Club, Nice Pickles, and Quinby’s.

Even though it’s early days, Dunlop is already planning to change the menu for the winter, hinting that a Cuban-style pulled pork sandwich might be added. She also wants to introduce picnic packages during the warmer seasons and eventually catering options. “We just keep playing and moving around to see what happens with the seasons,” she says.