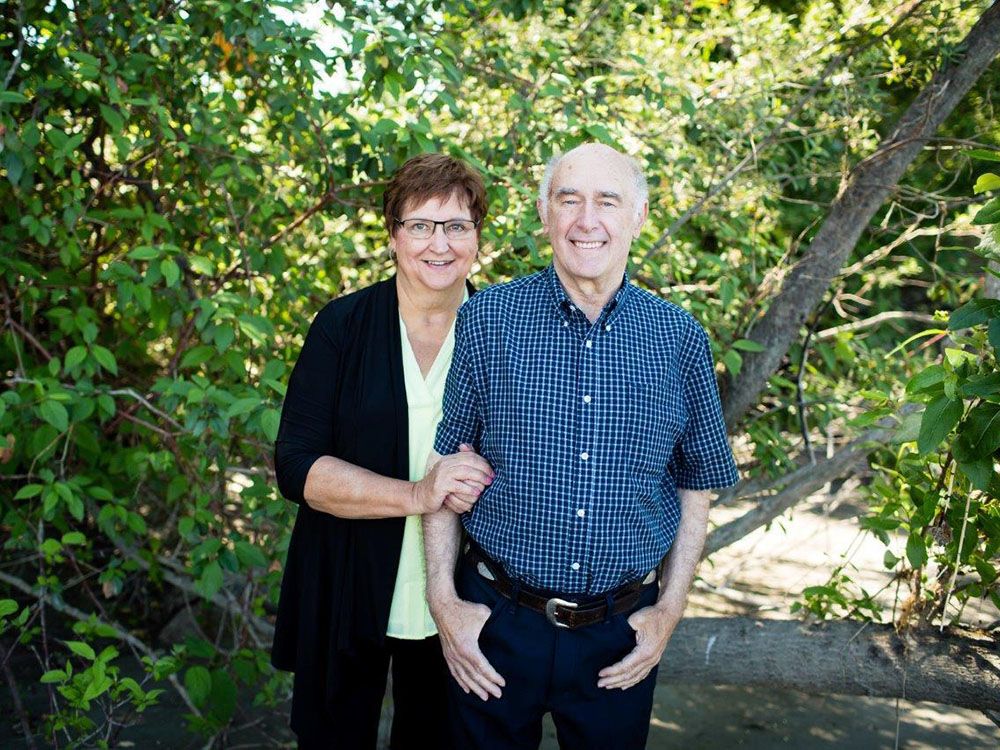 A manhunt is underway two days after an elderly couple was found murdered at their home in a rural enclave close to Abbotsford-Mission Highway.

On Wednesday, the Integrated Homicide Investigation Team confirmed the deaths were homicides and released the names of the victims in hopes it would prompt potential witnesses to come forward.

“It’s too early now to say if it’s targeted or random. We are still putting it together,” said IHIT spokesman Sgt. David Lee.

Abbotsford Police officers considered the deaths suspicious and IHIT was called in.

“The community is in shock,” Lee says. “We have our full resources there and are working closely with Abbotsford Police.”

Neighbors kept tight-lipped on Wednesday, saying nothing more than that they were a lovely couple who had lived in the house for many years.

Lee said police do not believe the case was a homicide-suicide and are looking for a suspect, although they do not know the identity of a suspect.

He said a relative, who does not live in the house, called the police. The dead were in different parts of the house.

Police did not provide any information about the cause of death.

Arnold De Jong was a long-haul trucker whose pickup truck — a 1965 Vancouver-built Hayes Clipper 100 — was featured in a 2019 Postmedia story.

Bernd Dessau, who was also featured in the article, said De Jong was well known and highly respected in the trucking community in BC and Alberta.

“He’s a Christian fellow and wouldn’t hurt a fly. And his wife too,’ Dessau said. “They are both very beautiful people.”

Dessau said that De Jong was retired and that he last visited the couple last month.

Police are collecting evidence and drawing up a timeline. They hope to identify people who knew the couple or obtain dashcam footage of motorists who were on the quiet rural road on May 8 and 9.

“We ask anyone who has information about Arnold and Joanne to call IHIT,” Lee says. “Their information could be critical.”

With files by David Carrigg