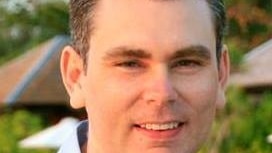 An Adelaide father who tried to kill his young daughter “out of spite” and “vengeance” against his wife hopes one day to “regain his child’s trust”, a court has heard.

WARNING: This story contains details that may cause distress to some readers.

Shaun Preston Mate, 45, pleaded guilty to the attempted murder of his then three-year-old days before his Supreme Court trial was set to begin earlier this year.

Police officers found Mate and his daughter unresponsive and suffering from hypoxia at their home in Eden Hills in July 2020.

The young girl spent five days in hospital – mostly in intensive care – after being exposed to a poisonous gas and took weeks to recover from the injuries.

The court had previously heard that Mate’s marriage had “disintegrated” in the run-up to the attempted murder and that he had become verbally and physically abusive.

When sentencing submissions on Friday, prosecutors told the court that the “premeditated” offense had been an act of “reluctance”.

“This was not a sudden, high-profile violation,” prosecutor Kos Lesses said.

Mr Lesses said that when police went to Flinders Medical Center to arrest Mate as soon as he regained consciousness, he asked unsolicited, “So she didn’t die then?”

“He asked that question for the obvious reason that he wanted to know whether his attempt was successful or not,” said Mr Lesses.

“That comment has relevance in refuting [a previous] suspected that he had no recollection of the crime.

“This was planned, premeditated, with resentment and an element of vindictiveness.

“In all perspectives, [the girl] was lucky enough to have survived.”

Attorney Marie Shaw told the court that her client was “grateful and relieved” that his daughter had not suffered any long-term damage.

“My client is deeply remorseful,” Ms. Shaw told the court.

Mate said in a statement read by his lawyer that he was “deeply sorry” for his “horrific” actions and was “grateful and relieved” that she had not suffered any long-term damage.

He said he was “well aware of the damage” he had done and that he was “deeply sorry”.

The court heard that he hoped one day to regain the trust of his daughter, whom he “loved”.

“The punishment of having to live with what he tried to do to his daughter… will never leave him.”

Assistant Judge Geraldine Davison did not allow Mate’s father to read a statement to the court in support of his son, but said she would consider this, and statements by others, in sentencing.

The court heard medical experts agree that Mate was suffering from major depressive disorder at the time of the crime.

But Judge Davison questioned the connection between Mate’s mental illness and his decision to try to kill his daughter.

The charge of attempted murder carries a maximum sentence of life.

Mate will be sentenced in August.