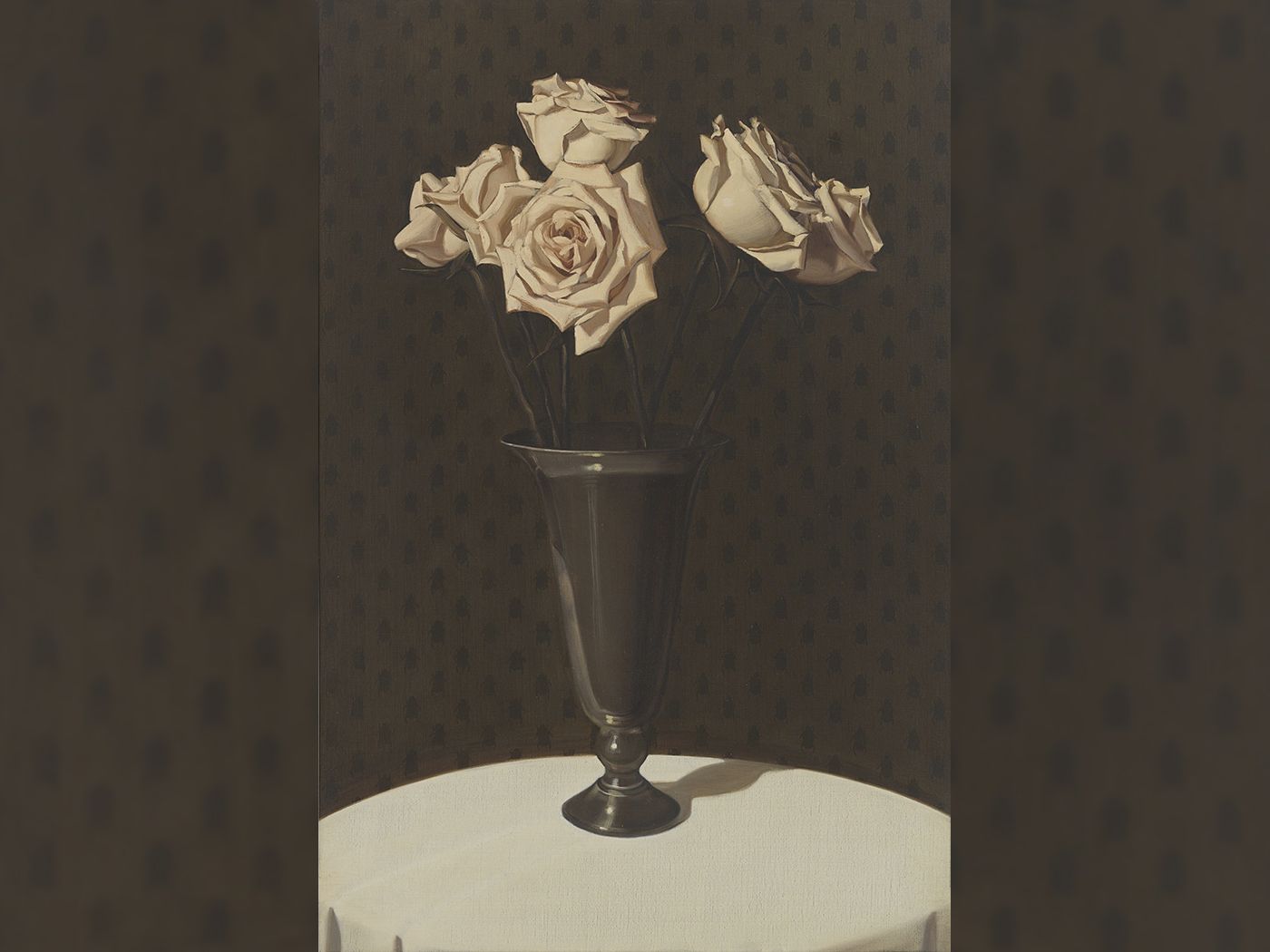 The story of painter Anna Weyant sounds like a modern art fairy tale, and in the pens of some journalists it reads that way. Just five years after graduating from the Rhode Island School of Design, her paintings are already selling for more than $1 million at auction, sometimes exceeding their estimated price.

Weyant’s paintings, with their dark tones and emphasized gloss of opulence, simultaneously depict grim and everyday scenes of young women coping with the joys and humiliations of adolescence. Per ART newsAlex Greenberger, her influences range from the 17th century Dutch Old Masters to more contemporary artists such as John Currin.

In May, Weyant became the youngest artist currently represented by the world-renowned Gagosian Gallery, according to ART newsAlex Greenberger. (She is also in a relationship with the gallery’s founder, Larry Gagosian, and their relationship has been the subject of gossip in the art world.) Her paintings—she has made about 50 of them—have been exhibited in several American cities, and she has a top position at Christie’s, Sotheby’s and Philips, according to the Daily Beast‘ is Helen Holmes.

“I first got wind of Anna Weyant last summer,” Lucius Elliott, head of the Sotheby’s Now Evening auction† tells the Daily Beast. “There was clearly a lot of enthusiasm in the market for the works. They were very difficult to access in primary schools; the show was sold out.”

But art critics like Jerry Saltz, who first posted some of Weyant’s pieces to his Instagram in 2019, are concerned about the speed of her ascent, given the volatile vagaries of the art world.

“The art world loves to devour its youngsters,” Saltz tells the Wall Street Journal. “It can be hard to paint with another voice in your head whispering numbers and prizes, but maybe she can.”

Weyant didn’t have the ambition to become a world famous artist all her life; it just happened. She grew up in Calgary, Canada, but she wanted to be in New York. She enrolled at the Rhode Island School of Design because it was the closest school to the city that accepted her, according to the Wall Street Journal† The summer after her freshman year, she entered a competition at the National Gallery of Canada, where she finished in the top three. The following year she painted young women and girls.

“Because I was new, confused and homesick in a new country, I was just scared,” Weyant tells the Wall Street Journal† “I remember thinking that if I could convey my fears to the woman I was painting, at least I had another person in the conversation with me.”

Initially, Weyant’s paintings found fame on Instagram, where critics such as Saltz propelled her work to an even wider audience. Thanks to some well-timed connections, she held her first solo exhibition at New York’s 56 Henry gallery in 2019. Each piece on the show sold for between $2,000 and $12,000, a fraction of what they could be worth now.

Looking ahead, Weant is gearing up for an upcoming solo show at the Gagosian this fall. Her style is shifting, the Wall Street Journal writes, and her subjects now occupy “larger canvases and sporting ruby ​​lips and ponytails.” She watches Lifetime movies for research. All the while, the art world remains engrossed in looking at her.