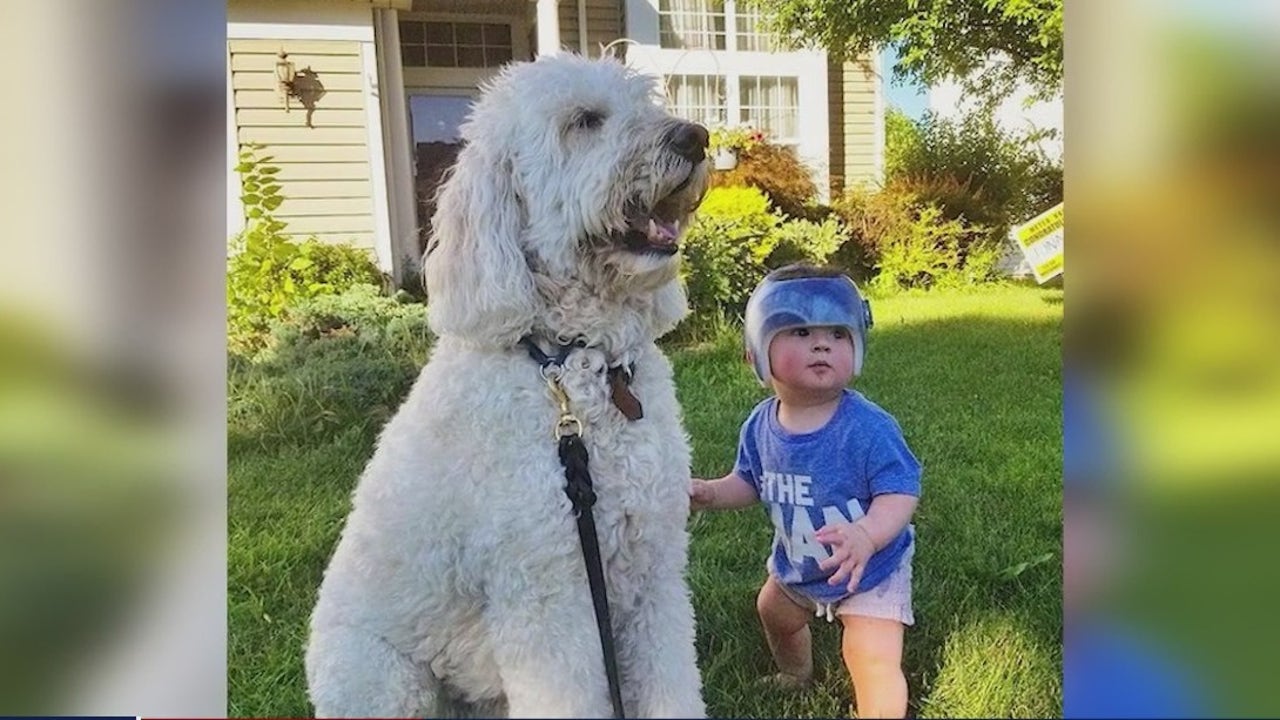 A dog from Naperville has traveled the world comforting children and military veterans. Now he publishes his own book series for children.

NAPERVILLE, ill. – A suburban dog has traveled the world comforting children and military veterans. Now he publishes his own book series for children.

He is known as “Aidan the Hugging Golden Doodle” – a large, white fluff ball with a big heart.

“I took him to his first puppy class when he was eight weeks old, and then the instructor told me this is a dog with a purpose,” says Samantha Kandah, Aidan’s owner, who lives in Naperville.

For nearly a decade, the Golden Doodle has been comforting children in local hospitals with cancer.

“He would build a relationship with his patients. For example, if the kids are sick, if they go for treatment, Aiden would wait there with them so they knew not to be so scared when they went in,” Kandah said.

During the pandemic, Aidan literally turned a page and, with a little help, started reading to children virtually.

He attended schools in Chicago, Milwaukee, Los Angeles, New York and internationally. Then his owner knew that he himself would be the perfect subject for a book, to teach children how to take care of others.

“At the end of the day, after 12 years of doing this, Aidan was really focused on helping children, being kind and teaching compassion. That’s his whole mission,” Kandah said.

Aidan’s first book is set in Chicago. You can find his books at www.AidanDoodle.com.

Aidan will appear on August 28 at a book signing in downtown Naperville at the J. McLaughlin Store at 216 S. Main Street.