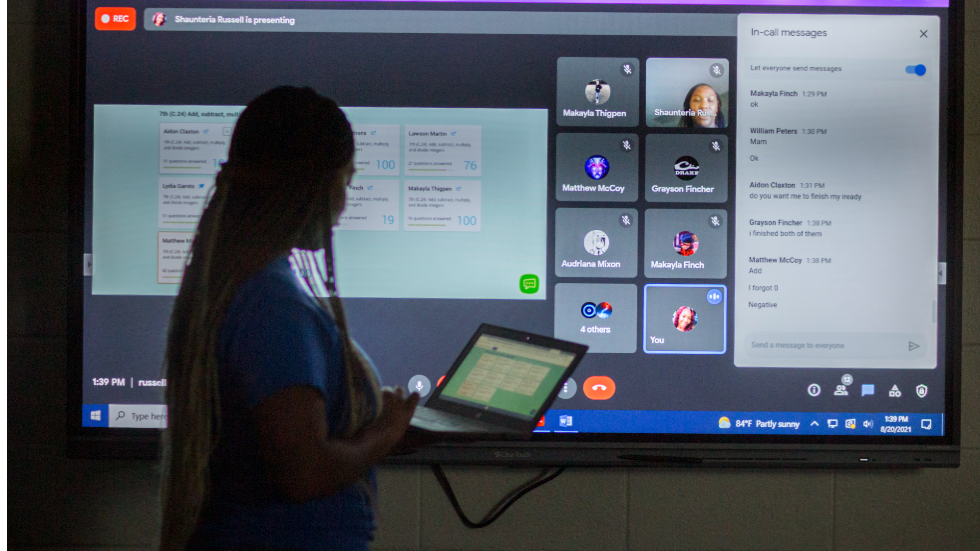 After a somewhat arduous process, the United States last week launched the Declaration for the Future of the Internet with more than 60 global partners. The signatories have recommitted to an internet that is “open, free, global, interoperable, reliable and secure”.

Reactions to the statement were predictably divided, with Elon Musk being Twitter’s most famous †free speech absolutist† to call it “satireand even some supporters refer to the statement as redundant.

To call this initiative superfluous is to miss the moment. To call it satire is missing the point. Although the language is known, the context has changed. The status quo is failing. The United States’ traditional hands-off approach to Internet governance and regulation is inadequate in the current era.

The declaration offers a reset. It is a timely reaffirmation of the signatories’ commitment to values-driven leadership and an invitation to continued accountability.

The statement comes at a time of reckoning. Countries, institutions and companies are struggling to tackle the fickle issues of harmful content and freedom of expression, security and interoperability, privacy and innovation. Without principled leadership, the pendulum swings away from the free flow of information.

Authoritarian regimes around the world cynically use legitimate cybersecurity concerns and disinformation as a pretext to pass laws that threaten citizens’ privacy and fundamental civil and political rights. But these regimes are not the only ones proposing fundamental changes to the internet that we have come to know and tolerate.

Whether or not the United States amends Section 230, or passes comprehensive privacy legislation — reportedly in the works and increasingly pressing on the leaked decision that would overturn Roe v. Wade — U.S. citizens, businesses and government agencies will be affected by other efforts by countries and institutions to improve privacy, reduce harmful content and promote digital sovereignty — a concept broadly encompassing control over digital infrastructure and citizen data

From rapidly expanding data localization proposals to privacy standards that could significantly alter cross-border data flows, shifts in global consensus extend far beyond China- and Russian-led proposals that would smash the internet.

Countries around the world are grappling with the key questions of when, how and with whom citizens and systems can communicate online. As democracies struggle to meet the challenges posed by harmful content online and the booming data brokerage market, authoritarian states have seized the opportunity to model their laws on those of liberal democracies.

Take, for example, the German Network Enforcement Act (NetzDG), which requires major platforms to quickly block or remove “clearly illegal” content. According to one analysis, this law has inspired replicas in more than two dozen countries, including several deemed “not free” by Freedom House.

The United States, for its part, has not always been a reliable partner. Former President Donald Trump once suggested that the US “should shut that internet down” in response to recruiting terrorists online, an idea that is both nearly impossible to execute and would be better suited to North Korea than the United States.

The very serious challenges we face online too easily lead to these kinds of half-baked, one-sided proposals. In the absence of a cooperative and comprehensively developed strategy to address the layered trade-offs inherent in these choices, the pushing and pulling between open and closed systems will be considered zero for even the most well-meaning actors. This is bad news for proponents of the “open, free, global, interoperable, reliable and secure” internet.

The statement is part of a broader effort by the United States to accept this changing status quo and get off the sidelines of the internet governance debate. In recent months, these efforts have proven their worth in concrete progress in improving privacy and ensuring the stability of international data flows.

When will ‘economic growth’ cover environmental costs? Government policies to support regenerative agriculture will be good for business

As US government representatives themselves pointed out, the statement is simply one step in an ongoing process. The absence of certain US allies from the list of signatories is a sign of how much work remains to be done. The progress made from previous leaked iterations of the statement to the final version is a product of learning, inter-agency collaboration and deep international engagement. The muscle memory built up during this setup should not be lost.

Far from superfluous, the text of the document is a necessary acknowledgment of the Internet’s transformation to date, and the deliberative and substantive values ​​reinforced by its drafting will be integral to successfully addressing the most difficult governance issues. to face. It is now up to the signatories and their citizens to convince others to adhere to this vision, to incorporate best practices in expanding and improving the multi-stakeholder model, to engage in serious dialogue with experts about the trade-offs inherent in the objectives of the statement and prioritize transparency and accountability in implementing the lofty principles set forth in the statement.

Ya’ara Barnoon is the associate program director of the Tech, Law & Security Program at American University