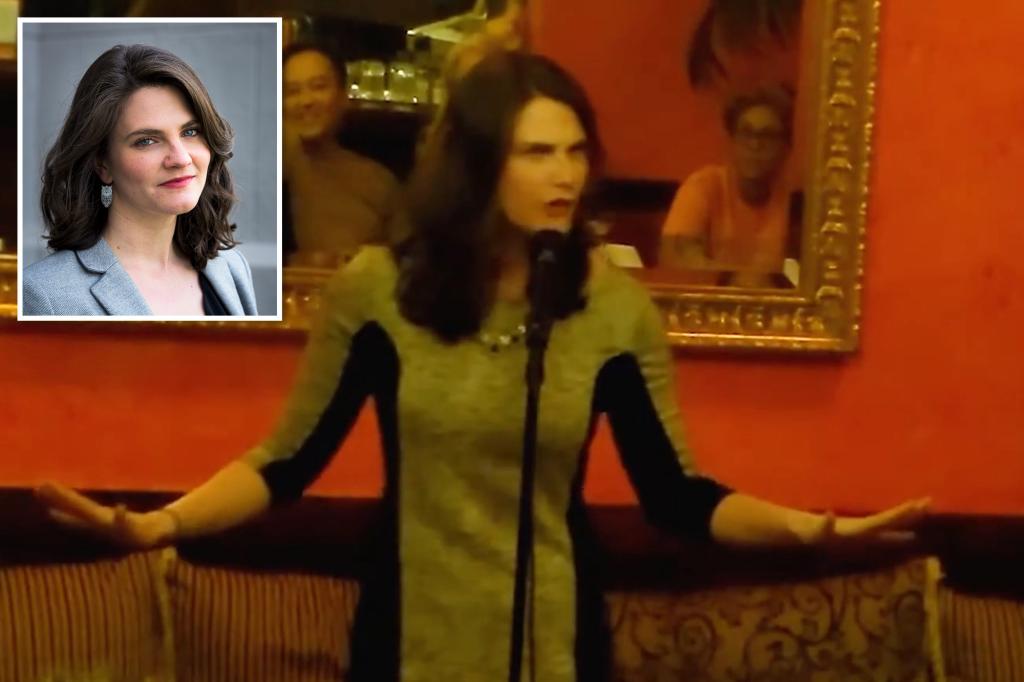 Nina Jankowicz, President Biden’s new disinformation czar, once released a raunchy parody of a Christmas carol — and changed the lyrics to ask who she had to “fk” to be “famous and powerful,” according to re-emerged YouTube images .

“I want to be rich, famous and powerful! Step on all my enemies and never do anything,” Jankowicz sang in the 2015 clip. “Who do I have to fuck to be famous and powerful? I’ve done everything I could and now the rest is up to you,” her version of “My Simple Christmas Wish (Rich, Famous, and Powerful)” went on.

Jankowicz’s lyrics were her own spin on David Friedman’s original 1998 song with “Who do I fk” replacing the original line of “who do I have to fake?”

The footage was first dug up by Breitbart and first uploaded to YouTube by the LA TI DO account.

Jankowicz’s video is the latest rendition of her vocal chops making the rounds around the web this week. On Friday, a chilling video of her appeared on TikTok in which she adapted the “Mary Poppins” classic “Supercalifragilisticexpialidocious” into a song about fake news and misinformation.

“Information laundering is really very cruel. It’s when a peddler takes on some lies and makes them sound precocious, by saying them in Congress or a mainstream outlet, so the origins of disinformation are a little less horrific,” she sang.

Jankowicz was tapped by President Biden earlier this week to head a disinformation board at the United States Department of Homeland Security. The move immediately sparked outrage from conservatives over free speech and Jankowicz’s own past as a partisan mud-slinger.

In October 2020, she publicly questioned The Post’s accurate reporting of Hunter Biden’s laptop and spread false rumors that it was Russian disinformation. She also openly sympathizes with Taylor Lorenz, a controversial writer at the Washington Post.