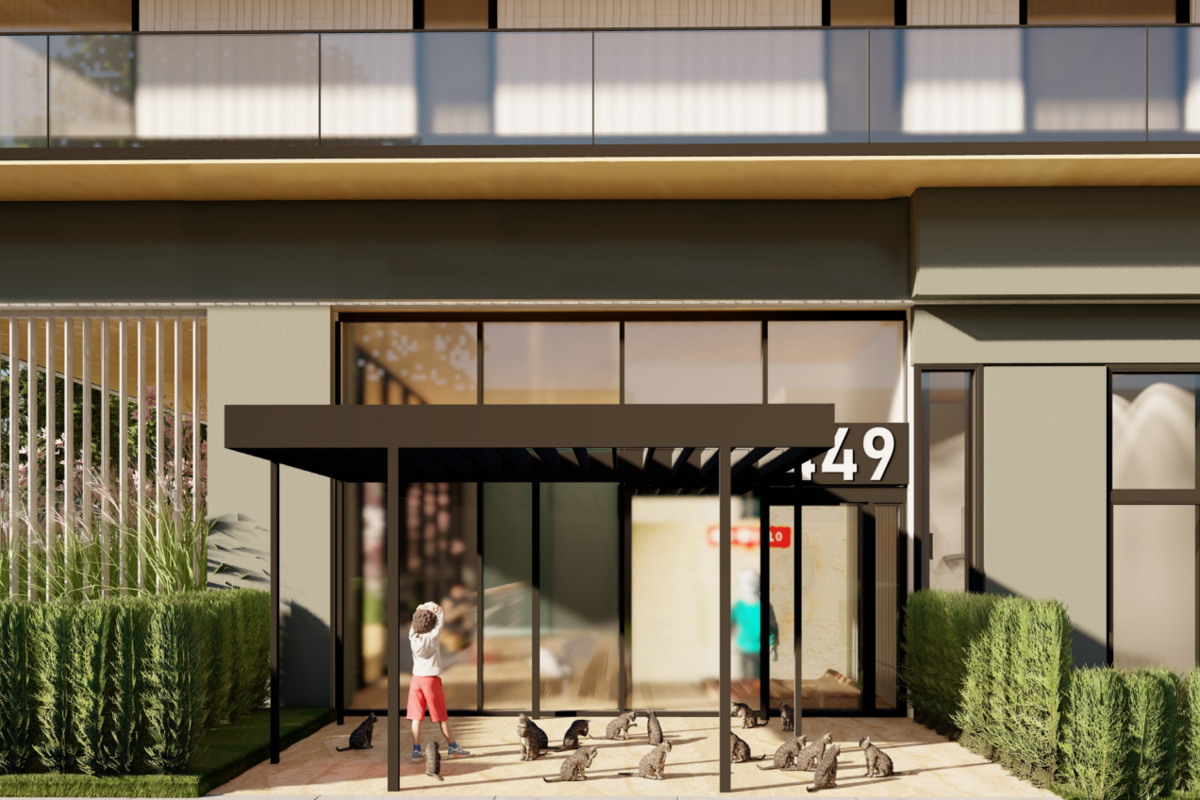 Hopefully the artist “feline” is ok…

You know what’s strange to see in a suggested view of a building?

But that’s the bizarre case for this rendering of a proposed residential development in suburban Vancouver, which has been submitted to the city.

Renders are created to give an idea of ​​how a structure will fit into the area. The people who make them often add details to make them more natural and friendly, with things like trees, cars, and people doing everyday things. It creates a sense of how the building will interact with the real world.

You see people sitting at the front of a cafe, cyclists passing by or a few cars parked nearby.

You never see groups of animals hanging out (in renderings).

In the very strange reality, this rendering comes from, 16 cats have gathered at the entrance, just chilling with a single person standing outside the door, who seems shockingly ok with the aggressive amount of cats sitting around. While the cats usually hang out, it seems that a group on the right is having an informal gathering.

While the cats are by far the most unusual Easter egg in the display, there are a few other odd spots as well. Strikingly, there is a group of identical women jogging on one side of the building. While duplicating 3D models isn’t unheard of, it’s uncommon in renderings, and merging them together is a mind-boggling decision.

An additional quirk, though not entirely outside the realm of normal views, is that the kid is a few floors up and just standing there with balloons. And while he wouldn’t look out of place in a normal view, the jogging guy on the bottom really does look like he got away with something.

The rendering is a 3D model and 2D images of the scene are created, like a drone flying around a tower and taking pictures at the same time. That means the cats, women, and children appear in the images and proposal, not just in one place.