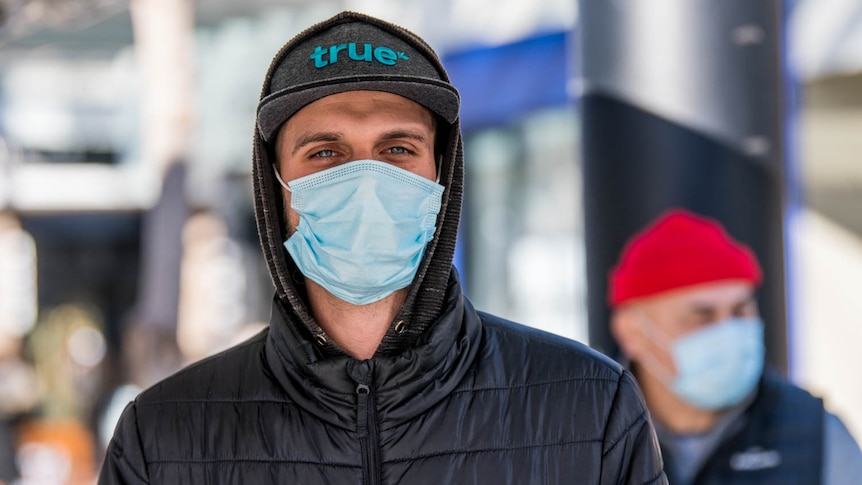 But it wasn’t an engineering feat or some sporting achievement – it was an unwelcome title.

According to global databases, Australia led the world with per capita COVID infections (if you ignore the small islands of Montserrat, Anguilla and the Falklands).

On Friday, 54,591 cases were reported across Australia, after two consecutive days of about 58,000 cases, with Western Australia bracing for new infection records.

Saturday’s numbers moved the official seven-day average to more than 48,000 daily cases, leaving Australia behind only Germany and the US in all-new daily cases.

Some countries, such as Denmark, have dropped recommendations for testing for COVID-19 and others have scaled back testing regimes, meaning it is now more difficult to make comparable comparisons around the world.

In Australia, however, hospitalizations and deaths are also following up, with the average number of COVID-related daily deaths reaching 40, doubling since March.

But with the country in the midst of an election campaign — in which COVID is barely mentioned — a war raging in Ukraine, the cost of living soaring and after more than two years of COVID restrictions, the virus has, understandably to some, fallen off the radar.

And the experts understand.

“But the numbers we see in Australia are extraordinary. So many people are very sick.

“Yet there is a huge difference between what happens with these disruptions in our lives and why it happens.”

For Professor Crabb, the “disconnect” comes back to what he describes as a fear of “COVID of the past” and “COVID now.”

He said that after two years of extreme fallout, governments and politicians were now afraid to talk about COVID. Instead, he said, they had removed mask mandates and “kept their heads in the sand,” ignoring the key element why cases — and hospitalizations — had now increased: transmission.

And “COVID now,” he said, had a huge impact on society.

“Remember, a lot of COVID is bad for business,” he said. “We can’t ignore that. We’ve been seeing that for months.

And as a nation, we’re also ignoring the health implications. How many of Australia’s more than 350,000 active cases at this point will have chronic effects on your lungs, organs and brain.

According to University of Melbourne epidemiologist Nancy Baxter, the numbers could “get worse”.

“We are at a point where COVID is now one of the leading killers of Australians, and will probably be one of the top three by the end of the year,” she told the ABC.

“And with increasing case numbers, new sub-variants [will be] This could push it even further, which would have a bigger impact.”

Read more about the spread of COVID-19:

Experts suggest the variants could lead to people being reinfected, leading to another rise in cases, as seen in South Africa and parts of the US.

Westmead Institute virologist Tony Cunningham, who has studied the evolution of viruses for more than four decades, said the continued emergence of alternative variants around the world was “worrying.”

“The problem is we don’t know enough about it yet,” said Professor Cunningham.

“We don’t know if any of these new variants will acquire the capacity to infect the lungs to the same extent as, say, Delta.

“There is COVID everywhere. And where there are more viruses in the community, the more likely variants are to develop.”

Epidemiologist Adrian Easterman of the University of South Australia said cases across Australia “will increase”.

“And hospitalization will continue to rise as cases increase,” he said.

“And cases are going up, and they’re going to go up even further once the new sub-variants of Omicron take over, which they will.

“Our governments are relaying the messages that it’s all over. It’s not over yet.

“We’re at the endgame. We’ve got pretty good vaccinations, good treatments, and at least a decent portion of the population that’s immune.

One sector of the community that is well aware that COVID is “not over” is the country’s health professionals.

This week, the Royal Australasian College of Physicians reiterated its call for urgent action against industry burnout and exhaustion, saying “there is no reprieve”.

We treat COVID like it’s a cold, and say no masks, play on.

“But there are still a lot of people coming to hospitals with COVID, and of course there are no staff,” he said.

Read more about the vaccine rollout:

He said health professionals were fed up, especially around reports from politicians that the pandemic was “over”.

“And we’ve had a lot of anecdotal reports of people not testing themselves, or when they get a positive test, not taking the result to the government.

“We feel that the plight of our public hospitals has not been notified. Our employees cannot understand it.”

What you need to know about the coronavirus: