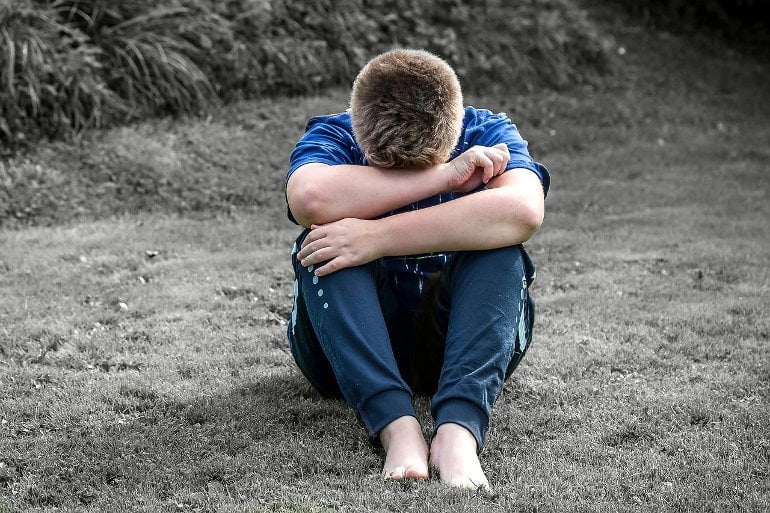 Summary: The risk of self-harm in the emergency room is three times higher for boys with ASD compared to boys who are not on the autism spectrum. In addition, researchers found a fourfold increase in self-harming behaviors for both men and women with ADHD. Children with less than 80% school attendance also had a three times higher risk of self-harming behavior.

Published in BMC Medicine the study found that the risk of self-harm in hospital emergency rooms was nearly three times higher for boys with autism spectrum disorder (ASD) compared with boys without ASD.

Attention deficit hyperactivity disorder (ADHD) was a strong predictor of self-harm for both boys and girls with an approximately four-fold increased risk of self-harm in people with ADHD.

Absence from school was also associated with an increased risk of self-harm: For those youths who attended less than 80 percent, the risk of hurting themselves was three times greater.

Part-funded by the Maudsley Biomedical Research Center of the National Institute for Health and Care Research (NIHR), Maudsley Biomedical Research Center and the Wellcome Trust, this is the first long-term study of self-harm and ASD in adolescents using linked school and hospital data in England. The research provides valuable insight into the groups most at risk, representing an important step in developing preventive strategies for self-harm.

“By linking these large-scale data sets, we have been able to understand which groups of young people are most vulnerable to self-harm. It is critical that we use local data so it has direct implications for the NHS Trust where I work and can improve our targeting of mental health interventions within schools in South London. Another important aspect of this research is that every region in England could use the same approach, as the school and hospital data already exists and can be linked.”

Self-harm is common in adolescents and research shows that about 1 in 5 self-harm occurs. About 12 percent of adolescent self-harm episodes are seen in the emergency room, and these are the young people most at risk of committing suicide.

Researchers linked data on hospital visits for self-harm with educational data. This allowed examining educational factors such as school attendance, special educational needs and free school meals, as well as data on mental health care use.

By analyzing data from the National Student Database on whether children had developed special educational needs for ASD, the study showed that boys with ASD were at greater risk of self-harm than boys without ASD. This pattern was not observed in girls with ASD, but in general the risk of self-harm was higher in girls than in boys (1.5% versus 0.3% in boys).

Emily Simonoff, professor of child and adolescent psychiatry at King’s College London, and theme leader on mental and neurodevelopmental disorders at the NIHR Maudsley Biomedical Research Center, who co-authored the paper, said:

“We know that autistic adults are more likely to die prematurely, including suicide. Self-injurious behavior, such as that examined in the current study, can be the precursor to more serious suicide attempts, so early identification and proactive intervention when self-harm first occurs is very important.

“Autistic people often have more difficulty regulating their emotions, which can contribute to high levels of anxiety and, because of the communication disorders that many autistic people experience, professionals are unable to appreciate the level of stress they experience and the seriousness of this behavior. . †

The study also found that adolescents who had attended mental health services for ADHD were four times more likely to self-harm than those who had not attended services for ADHD. School exclusion and absenteeism were also identified as risk factors.

Joint first author Dr. Emily Widnall, who conducted the study at King’s and is now a Senior Research Associate in Public Health at the University of Bristol, said: “Our research has shown that adolescents who were out of school during that time, either through exclusion or absence, were at an increased risk of self-harm compared to young people who spend most of their time in school.

The study also revealed findings that may require further research to unravel the possible underlying mechanisms. For example, the finding that girls with ASD do not have a higher risk of self-harm than girls without ASD can be explained by underdiagnosis of ASD in girls.

“But there may be other influences at work that could lead these young people to self-harm and not present at services or express their grief in other ways, such as substance abuse.”

About this ASD and ADHD research news

Autism spectrum disorders as a risk factor for self-harm in adolescents: a retrospective cohort study of 113,286 youth in the UK

Individuals with autism spectrum disorder (ASD) are at a particularly high risk of suicide and attempted suicide. Hospital presentation with self-harm is one of the strongest risk factors for subsequent suicide. We describe the use of a new data link between routinely collected educational data and child and adolescent mental health data to investigate whether adolescents with ASD are at higher risk than the general population of self-harm to the emergency department.

A retrospective cohort study was conducted among the population aged 11-17 years who lived in four boroughs in South London and attended public secondary schools between January 2009 and March 2013, as reported in the National Pupil Database (NPD). Exposure data on ASD status are derived from the NPD. We used Cox regression to model the time to the first presentation of self-harm to the emergency department (ED).

One thousand and twenty adolescents presented to the ED with self-harm, and 763 matched the NPD. The sample for analysis included 113,286 adolescents (2.2% with ASD). For boys only, there was an increased risk of self-harm associated with ASD (adjusted hazard ratio 2.79, 95% CI 1.40-5.57, p<0.01). Several other factors, including absenteeism, exclusion from school, and having a foster family, were also associated with a higher risk of self-harm.

This study provides evidence that ASD in boys and other educational, social, and clinical factors are risk factors for a self-harm emergency in adolescents. These findings are an important step in the development of early recognition and prevention programs.