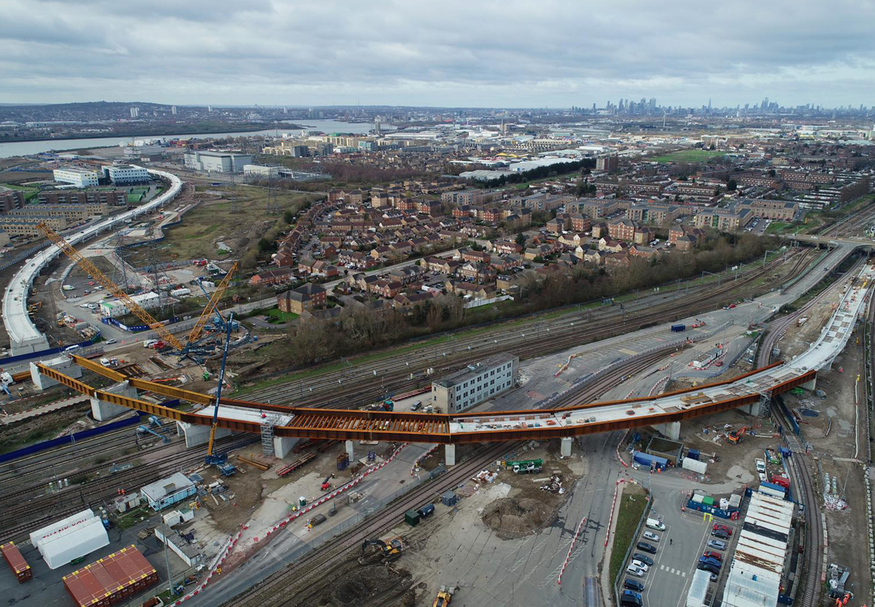 What exactly is the Barking Riverside extension?

In 2017, TfL announced it would extend the Overground line from Barking station to a brand new station southeast of it, called Barking Riverside. The extension will include an additional 4.5 kilometers of the ‘GOBLIN’ Overground line, which meanders to the banks of the Thames.

Why are they building a Barking Riverside expansion?

It is in support of the largest housing project in East London called… yes, Barking Riverside. Located on the as-yet un-trendy shoreline of the Thames just east of Creekmouth, the development has some 10,800 new homes, a school, shops, cafes and other things. Barking Riverside also participates in the NHS’s Healthy New Towns initiative and will have a Wellbeing Hub with a GP, water park and gym all under one roof. The whole thing reminds us a bit of the Thamesmead project in the mid-1960s, but with public transport. Barking and Dagenham Council leader Cllr Darren Rodwell even claimed that Barking Riverside will become a “Barcelona on Thames” – presumably after drinking a pitcher of sangria.

And it’s bang on time, bang on budget, right?

But I want an extension to Barking Riverside NOW!

Will there be new trains?

Are already! The electric Class 710s have been rolled out on the Overground from May 2019. They are walkable, air conditioned, have USB points and real time info screens. They also have double the capacity of their unwieldy diesel predecessors.

Is there anything else to think about with this new extension?

The one mile of track closest to Riverside Barking station is a da-da-da-dah – 56 span overpass!

In the fall of 2022, the Overground will be expanded to a new station, Barking Riverside, a place with many new homes where very healthy people live.