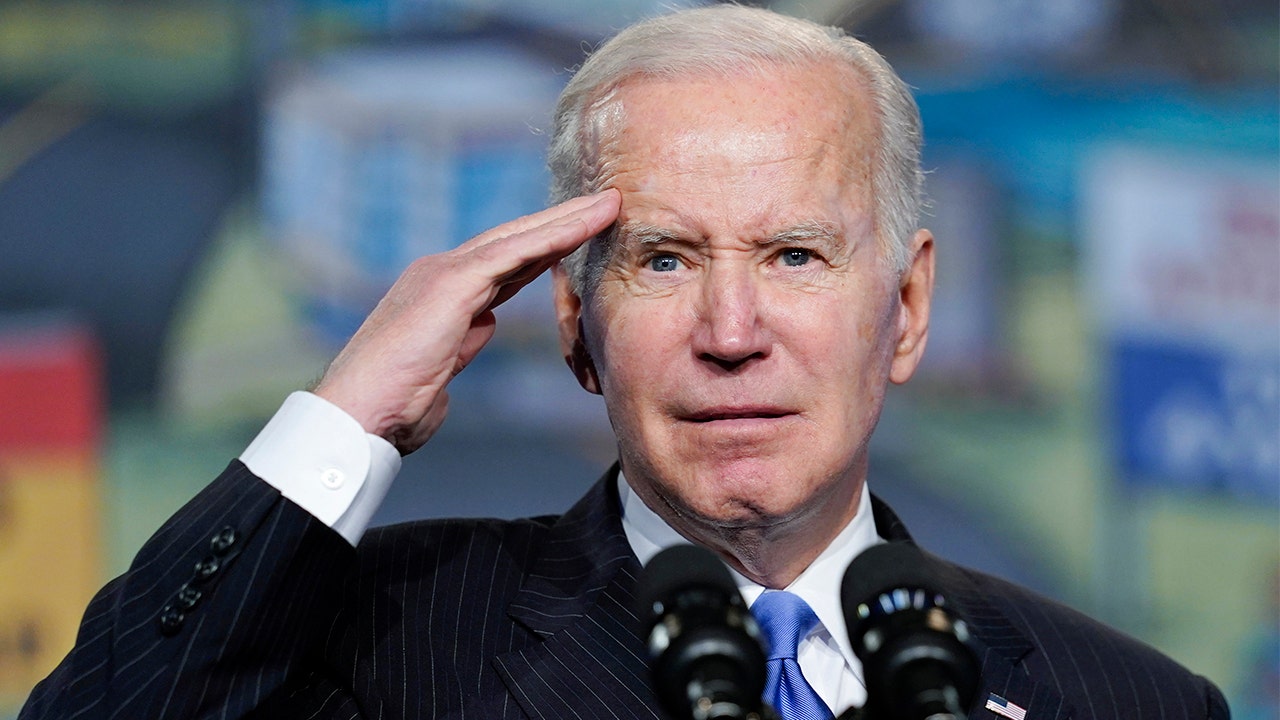 The US inflation crisis will only worsen if President Biden cancels large chunks of student debt, experts warn.

Maya MacGuineas, chair of the Committee for a Responsible Federal Budget (CRFB), warned that “debt forgiveness can be an extremely attractive political topic, but not good policy”.

THE BIG US ‘PAYCUT’: HERE ARE 5 THINGS YOU PAY MORE FOR THANKS TO INFLATION

“It is expensive, inflationary, ill-targeted and does not solve the fundamental problems in our higher education financing system,” MacGuineas said in a statement on Thursday. “Full debt forgiveness would be a huge reward for wealthy doctors and lawyers, exacerbate our inflation crisis, and cost nearly as much as the entire 2017 tax cuts.”

“Even partial debt forgiveness would be costly, regressive and inflationary,” she continued. “Forgiving $10,000 per person of debt would cost as much as universal pre-K or a full extension of the extended ACA grants.”

“Either the president is serious about reducing deficits and controlling inflation, or he isn’t. The White House can’t go either way,” MacGuineas added. “We need to focus on a serious and effective agenda that prioritizes good policy, not ill-targeted political giveaways.”

Noah Weinrich, a spokesperson for Heritage Action, the campaign-side sister organization of conservative think tank the Heritage Foundation, told Fox News Digital that canceling student debt “would raise inflation by up to 20 percent.”

“Make no mistake: This is a handout to wealthy, educated voters that will come at the cost of higher food, gas, and energy prices for working American families who won’t see a dime of relief — not to mention higher taxes, he continued. “This is an absurd election year gimmick that punishes most Americans.”

Brian Riedl, senior fellow at the Manhattan Institute, was less vocal about the inflationary implications of debt cancellation, though he made it clear that he still sees it as bad economic policy.

“If the president tries to write off much of the student debt permanently, that could add maybe 0.3% to this year’s inflation. Again, not helpful, but not a major inflation driver,” Riedl told Fox News. digital.

“The problems with student loan forgiveness is that the policy would transfer these obligations to taxpayers (raising deficits and ultimately taxes), disproportionately benefit lawyers and doctors with higher incomes, and also send a signal to current and prospective students that they are borrowing even more on the expectation of future loan forgiveness programs,” he added.

CRFB warned in February, as inflation held steady 7.48 percent and countingthat “forgiveness of all $1.6 trillion in student debt would increase inflation” by 0.1 percent to 0.5 percent per year after repayments began.

The organization estimated the cost of the federal government canceling all student debt at $1.6 trillion — nearly as much money as Biden’s signature US $1.9 trillion bailout — “while improving household balance sheets by a similar amount” and expecting “an $80 billion reduction in repayments in the first year.”

“The inflationary effect of canceling $1.6 trillion in student debt would be small relative to the huge amount involved, since repayments are spread over time and the benefits of debt cancellation primarily accrue to higher earners, who tend to save more of their money,” CRFB analysis said.

The organization wrote that “even modest increases in inflationary pressures could contribute to current inflation dynamics, increasing the risk of a wage-price spiral and making it more difficult for the Federal Reserve to anchor inflation expectations around its current target.” .”

They also estimate that much of “this increase would also occur if the Biden administration continued deferring payment on student loans for another year, as it would lead to the same increase in cash flow to individuals.”

“In addition to adding $1.6 trillion to the national debt and benefiting disproportionately from higher incomes, we believe that canceling student debt would cause prices to rise faster than they already are, exacerbating inflationary pressures,” CRBF warned.

On the other side of the cancellation call, CRBF predicted a $70 to $95 billion increase in “household consumption once the effect of higher wealth is considered” if student debt is canceled, but pointed out that the current US economy simply cannot meet the market demand despite “higher disposable income, strong balance sheets, ongoing supply constraints, and other factors.”

“This decoupling helps explain why inflation reached its 40-year high last year, and why further increasing demand could lead to higher prices rather than higher output,” CRFB’s analysis said.

In addition, CRBF said their estimates did not account for the widespread effect that tuition prices would depress if student debt were forgiven.

“Prospective students can expect future rounds of debt forgiveness, which could increase their willingness to take on more debt, making them less sensitive to the prices schools are charging and ultimately making it easier for schools to raise prices even faster than they do.” already do,” the organization wrote.

White House press secretary Jen Psaki was asked by Fox News’ Jacqui Heinrich about rising inflation due to the potential debt cancellation. getting relief for families is more important than tax cuts for millionaires, billionaires and corporations.”

“And we can make choices about where we invest and where we think we can make the tax system fairer,” Psaki said. “But there isn’t even a bill going through Congress, and we haven’t even drafted a proposal. So I’m not doing that. Those numbers aren’t based on any reality at this point.”

The inflation warning of widespread student loan cancellations comes as Americans across the board face higher prices and the dollar’s value thins.

Inflation has skyrocketed during Biden’s first term in office, and economists have pointed to Biden’s signature multi-trillion dollar spending package as one of the drivers of inflation.