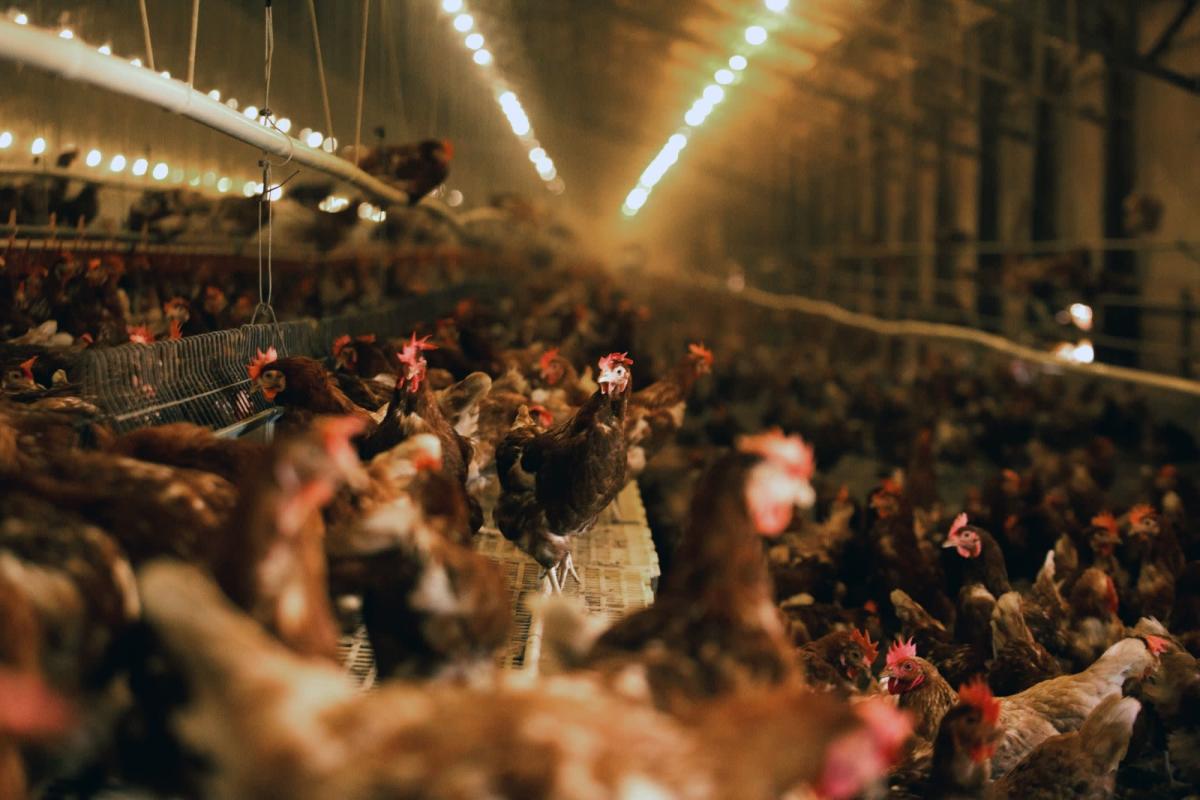 (Bloomberg) – A bird flu virus spreading across the US is quickly becoming the country’s worst outbreak, killing more than 37 million chickens and turkeys and more deaths expected into next month as farmers carry out mass culling perform in the Midwest.

Most read by Bloomberg

Federally directed, farms must destroy entire commercial flocks if just one bird tests positive for the virus to stop the spread. This leads to disturbing scenes in rural America. In Iowa, millions of animals in huge barns are suffocated by high temperatures or toxic foam. In Wisconsin, rows of dump trucks have taken days to collect masses of bird carcasses and stack them in unused fields. Neighbors live with the stench of the rotting birds.

The crisis affects laying hens and turkeys the most, with the disease largely spread by migratory wild birds swarming over farms, leaving droppings that are tracked in poultry houses. That’s likely how the virus infected the egg business in Iowa, which produces liquid and powdered eggs that go into boxed restaurant omelets or cake mixes. Further north under the same migratory routes are Minnesota’s turkey farms, supplying everything from meats for submarine sandwiches to whole birds for the holiday season.

Prices for such products are soaring to records, contributing to the fastest rate of US inflation in four decades. The supply shortages caused by the flu are also caused by world food prices reaching new highs. From the war in Ukraine to unfavorable crop weather, it is all shaking supply chains and exacerbating the crisis that has left millions of people starving since the start of the pandemic.

Read more: The world’s next food emergency is here as war hunger mounts

Wholesale egg prices hit a record $2.90 per dozen in government data in April. Whole turkeys hit a record high of $1.47 per pound, according to Urner Barry.

The last time bird flu hit the US in 2015, it took the lives of about 50 million animals by the end of the season and cost the federal government more than $1 billion dollars as it regulates the killing and burial of birds. At the time, the industry bolstered biosecurity around poultry houses by installing sound cannons to repel wild birds, or even car washes, so farm trucks wouldn’t carry contamination from one farm to another, so there wouldn’t be a recurrence.

This time, even with that better biosecurity, the industry has failed to prevent wild bird transmission, said Michelle Kromm, an executive advisor for the Minnesota Turkey Growers Association. As a precaution, farmers must go through an arduous process of completely changing their clothes and shoes before entering barns and making sure all supplies and tools are clean.

Still, weather and migration patterns are making it easier for the virus to win this year. Rare spring snowstorms originate in the Midwest and travel up the East Coast, and the cold, wet weather keeps the virus alive longer and helps it spread. The flu is also deadlier this year than in the past. The deaths so far this season are above previous outbreaks in 37 million chickens and turkeys. The flock of egg-laying chickens in the US totals more than 300 million birds (chicken raised for meat, also known as broiler chickens, are not so affected).

“We all need to be very aware that the environment is contaminated,” said Beth Thompson, a veterinarian with the Minnesota Board of Animal Health. The weather “needs to warm up and dry out to kill that virus sitting there.”

Iowa, the center of egg production in the US, has been hit the hardest. One farm, Rembrandt Enterprises, destroyed its gigantic flock of 5.3 million chickens as of late March using a government-approved but controversial method called ventilation shutdown plus. The technique, widely used to eliminate millions of chickens at once during this outbreak, involves closing barns so that temperatures rise and the animals suffocate for hours. Turkeys can be killed by spraying extinguishing foam that suffocates them.

Avian flu is also wreaking havoc in Canada, wiping out nearly two million birds. The virus has never been in multiple provinces at once.

“Were concerned. We are certainly concerned,” said Lisa Bishop-Spencer, spokeswoman for Chicken Farmers of Canada.

A person involved in culling infected birds in Colorado has contracted the bird flu, according to the Centers for Disease Control and Prevention. The risk of bird flu spreading to humans remains low, even in this case, the agency said. Flu spreading from animals to humans is a concern because in rare cases the result could be a pandemic.

It will not be easy to recover from the crisis. In 2015, it took the egg industry more than a year to get back on track, according to Maro Ibarburu-Blanc, a research scientist at Iowa State University’s Egg Industry Center. This time, stocks may be hit longer as farmers whose operations have been affected by the virus may move to cage-free production, which is a long-term trend in the industry, said Mark Jordan, a poultry analyst with LEAP Market Analytics.

Mass outbreaks could continue to plague the US poultry industry as long as larger bird houses remain in vogue. And the trend is towards bigger.

Most read from Bloomberg Businessweek