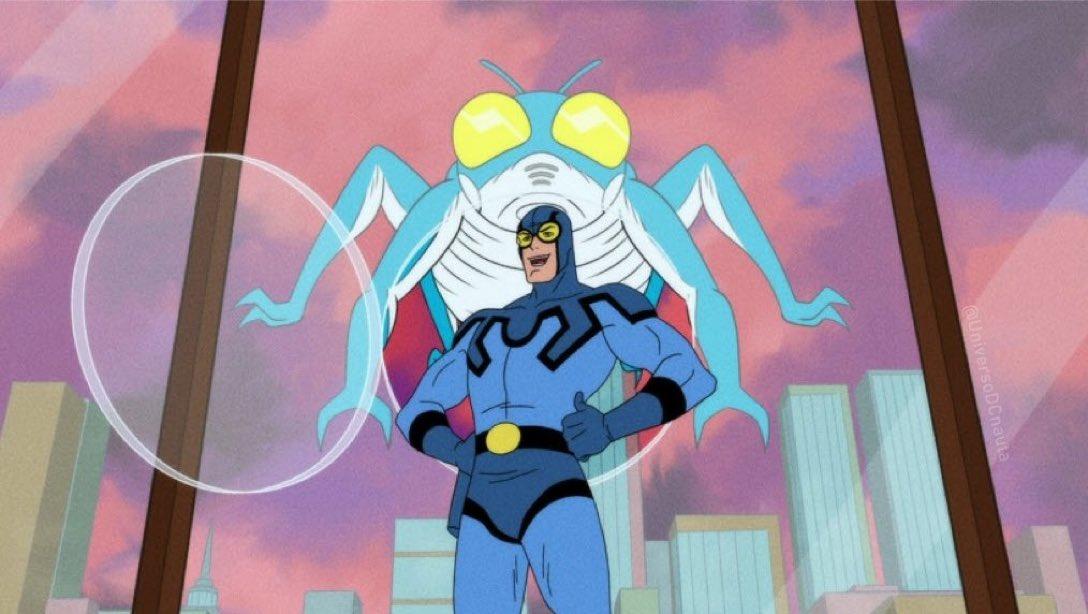 blue beetle will be the first Latin American-directed superhero film and will be directed by Angel Manuel Soto, director of Charm City Kings. Everything we’ve seen of the film so far has looked great, including the awesome new set shots showing off the lead actor in his super suit. There was a rumor, which has since been debunked, that claimed Jason Sudeikis would be playing Ted Kord and fans ran away with it. A DC Comics fan created a new design that portrays the actor as one of the first Blue Beetles.

An Instagram artist working on the handle of @Clements.Ink created a new concept that portrays Sudeikis as Ted Kord/Blue Beetle. The design gives the actor a comically accurate suit and it looks pretty amazing. It has a blue and black suit with the traditional yellow goggles and the drone that follows him. You can check out the Blue Beetle fan art below!

blue beetle star Xolo Maridueña was a fan-cast before finally getting the part. The actor comes from Cobra Kai fame and believes the series has prepared him for his role as the DC Comics series. Marinduña revealed this in a recent interview with Variety.

“This is really going to be a springboard in my life,” Maridueña said in an interview earlier this year. “I’ve had the opportunity over the years to build chemistry with these people on Cobra Kai. It’s going to be hard to recreate that chemistry in a much shorter amount of time, but all these guys are professionals. I know I’m in hands of people who are the best at what they do The opportunity at Cobra Kai has really blessed me I can do stunts we can do crazy things Adding this new level of green screen and suits and CGI and stuff of this will be a adding a whole new crazy level that I’m so excited about.”

Not much is currently known about DC Comics’ blue beetle movie because plot details are kept well away from The Reach. The film will make a theatrical debut after it was originally intended for HBO Max. The blue beetle The film is expected to follow Jaime Reyes, who is the third character in the comics to take on the role of Blue Beetle after the death of Ted Kord. The cast also includes Susan Sarandon as Victoria Kord, Bruna Marquezine as Penny, Belissa Escobedo, George Lopez, Adriana Barraza, Elpidia Carillo and Damián Alcázar as members of Jaime’s family, and Harvey Guillen in a currently unknown role.

Created by Keith Giffen, John Rogers and Hamner, Jaime’s tenure significantly changed Blue Beetle lore, revealing that the Egyptian scarab that gives the hero power is actually of alien origin, providing some sort of alien armor. Eventually, Jaime would go on to serve as a member of the Justice League, Justice League International, Teen Titans, Young Justice, and Secret Six.