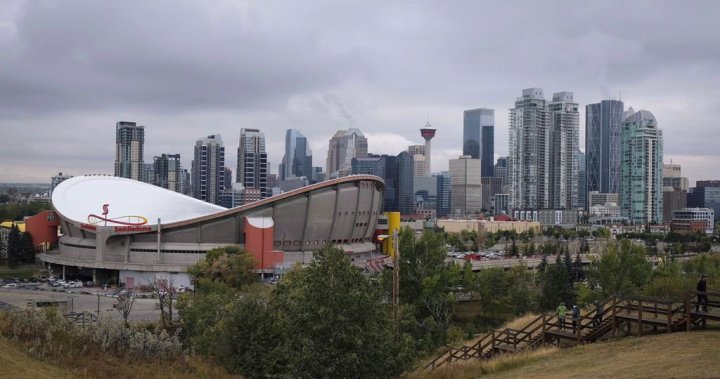 Canadians had to dig deep into their pockets to actually pay for everything in May and Calgarians were hit particularly hard.

Annual inflation skyrocketed to its highest level in nearly 40 years, Statistics Canada said Wednesday, adding that the consumer price index rose 7.7 percent from a year ago — the largest increase in 39 years, since January 1983.

In Calgary, there was an even bigger increase of 8 percent — which is the highest increase in nearly two decades, according to the City of Calgary’s Inflation Review report.

“If you think about it relative to all the major cities in the country, a million people or slightly more, Vancouver is the only other jurisdiction where you have higher inflation.”

Shyllon said there were two main factors driving the increase locally: fuel and shelter. The cost of putting a roof over their heads cost homeowners in Calgary 8.8 percent more, while renters paid 4.1 percent more last month.

Shyllon said many also got a shock from their energy bills.

“The biggest part, though in terms of price change, would be energy bills,” he added. “Energy bills are up 21.1 percent.”

Canada’s inflation reached 7.7% in May, fueled by rising gas and food prices

The Calgary Food Bank has certainly seen the effects of high inflation.

Kaiser adds that its customers are also very diverse these days.

“Honestly, the people who use the food bank are your neighbor, your cousin, your co-worker,” she said.

“We’re seeing people who never thought they would have access to support like this and now they absolutely must.”

Kaiser said the organization has thankfully remained stable in terms of food donations and funds, but expects demand to pick up again in the summer.

“Seven percent,” she said. “But that number doesn’t take inflation into account. It does not account for these rising food costs. It’s just based on the past. So we know that seven percent will definitely be higher.”

The food bank has now loosened its barrier rules to help out more Calgarians. Customers can now pick up a basket every seven to ten days.

He also advised people to navigate rising costs by changing their spending habits, and suggested they ask themselves a few questions.

“Can you reduce your consumption? The items that are discretionary, that you don’t necessarily have to do now, can you do those later? Can you set up spending controls?”

Shyllon said he expected increases to stabilize in the latter part of the year.