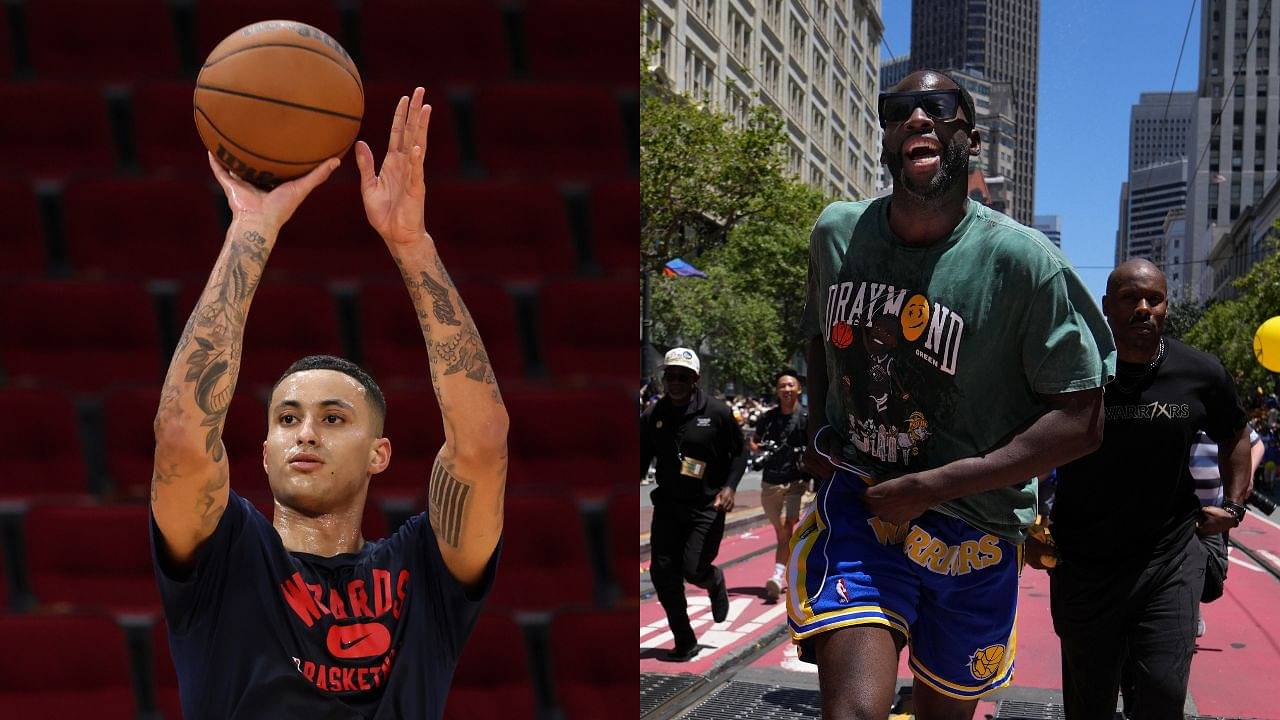 Draymond Green and Kyle Kuzma discuss different eras of basketball, with the Warriors drawing the perfect analogy of AOL with high-speed internet.

There is no doubt that the game of basketball has changed by leaps and bounds from what it was in the 80s and 90s. While the game may not be as physical as it used to be, having a skillset is the necessity of the hour. The old school vs. however, new school debate remains a constant.

We have often seen players from the previous era and their fans describe today’s competition as soft. While the game may not be quite as physical, it is much more skill-based. So it’s probably not the best idea to compare, but to rate the game.

Recently, Warriors veteran Draymond Green tweeted that comparing two eras of basketball was not the wisest decision, highlighting the difference in playing style. The four-time champion once again stirred the Warriors-Bulls debate.

Question… When comparing eras, do they take into account the drastic differences in play style? Regardless of the answer, it is very stupid to compare one era with the next.

I’m watching the 98 Bulls vs Utah in the final… I can’t help but notice that our 2017 team would have beaten these Bulls with a dub and this Jazz by 40 if they played these brands of basketball. And that’s why it’s stupid to compare Eras

Also read: “You’re not Kyle Kuzma, you’re just a wannabe!”: Kid refused to acknowledge the former Lakers star at his own basketball camp

Kyle Kuzma was a guest on the recent episode of The Draymond Green Show. During their conversation, the two former champions discussed the comparisons between the two basketball eras.

Draymond Green and Kyle Kuzma delve into the age-old debate over different eras of basketball.

One of the few constant debates on television is comparing the different eras in the NBA, which is also a regular occurrence in barbershop conversations. On the recent episode of his podcast, Draymond asked his guest Kyle Kuzma how he viewed the debate, to which he got the following answer.

“It’s certain things you can’t compare, and I’m not trying to disparage anyone, but as today’s point guards are incredibly talented, they are far more elite than any point guard in history from an athletic standpoint. Magic Johnson, he comes into this age, and he screams a**, Isiah Thomas he whoops a**.”

Nevertheless, Draymond had the perfect analogy for this debate, which could provide some sort of solution once and for all.

“I don’t understand why people compare eras, but when they do, I had a question about whether they take into account the difference in style.”

“Can you compare AOL to today’s fast internet?”

There’s no denying that Draymond makes a valid point. However, this discussion doesn’t seem to be going away anytime soon, given the eyeballs it attracts.