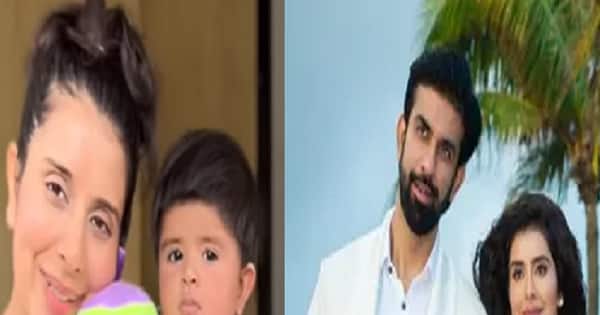 It seems that there are again major problems in the marriage of television actress Charu Asopa and Rajeev Sen. This time, the couple is legally heading for divorce. According to reports, Charu is not happy in her relationship with Rajeev and even said that he is not a good father. Just a few days ago, she shared her video on her YouTube channel on Father’s Day, sharing how she celebrates Father’s Day without Rajeev. She went to her YouTube channel and had a heart-to-heart talk where she made an indirect comment about Rajeev being an irresponsible father. She shared that he himself posted the thumbnail of their daughter Ziana and asked her not to share her video in order to save her from evil eyes. She chose him because of his double standards. Finally she said she wants to keep herself and her daughter away from all the negativity and requested to live and let live.

While the couple’s divorce news has been making headlines for quite some time, they have been working on their differences and ruining the reports of the divorce. She took to her Instagram and posted her picture together with daughter Ziana and wished her a Happy Father’s Day, suggesting that all is not well between the couple. “Happy Father’s Day everyone. Enjoying my father’s day with my mom. #funtimewithmommy #mammadaugthertime . #happyfathersday” Charu has also deleted all her pictures of Rajeev on her social media and this just proves that the couple is finally breaking up. Also read – Urfi Javed makes a dress out of thread; netizens hilariously dig at her, ‘Bechari ke pas de kapde bhi nahi bache’ [View Pics]

A few months ago, Charu Asopa celebrated her birthday without Rajeev and a user on her Instagram post asked: “First birthday with your baby and your husband is nowhere near to share the happy moment. Even if you celebrate it. What is wrong with him “You haven’t even seen your parents in ages, I thought you came to mama’s house in India to have your first baby. Kaisi shaadi hai yeh.” Rajeev and Charu got married in June 2019 and after 3 and a half years, the couple parted ways.