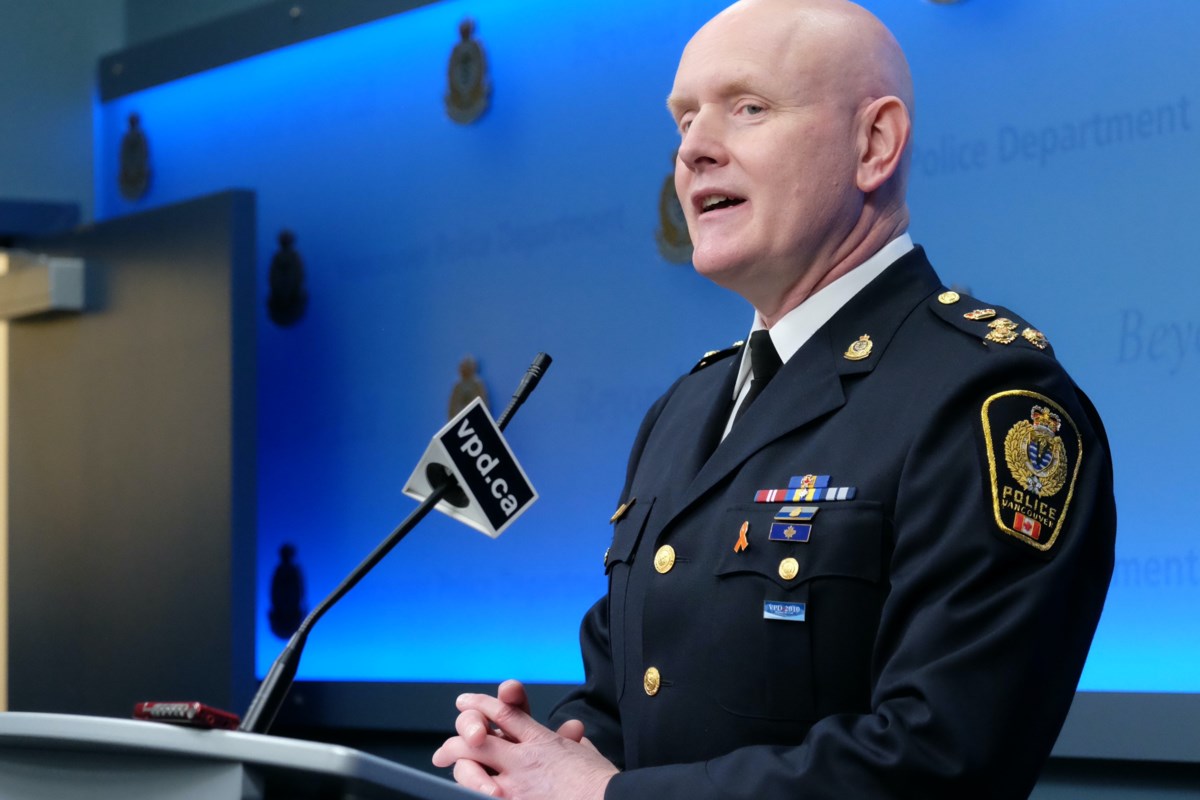 Vancouver Police Chief Adam Palmer expressed frustration at a public safety forum on Thursday at the provincial government’s lack of leadership to put someone in charge to ensure agencies work together to make neighborhoods safer for all citizens.

Palmer pointed to the Downtown Eastside, including Gastown and Chinatown, as neighborhoods where poverty, addiction, homelessness and mental illness are not addressed in a comprehensive manner.

“We need to have better coordination at the provincial level and have a minister or a deputy minister – someone at a high level of government – who can coordinate all these responses and have a holistic security plan because we’re not getting it right now,” he said. the city council organized forum in the town hall.

‘No one is in charge’

At the same time, the chief said, “great work” is underway with several agencies working together, including the VPD-Vancouver Coastal Health mental health teams, but it is being done piecemeal.

“No one is in charge, like no one is in charge of the big picture,” he said, before pointing out Strathcona as a neighborhood with problems that require the response of several provincial ministries.

Palmer added: “But there is no one who can make it all happen. There are many silos in government.”

He said all city departments, including his own, have a role in addressing public safety — be it the fire service, community services, park administration or engineering — but said only a few state and federal government agencies are “sitting around the table” with the city ​​.

“It’s too incoherent,” the chief said.

Palmer agreed with Coun. Pete Fry, who asked if it was time to create another Vancouver Agreement, an initiative in the late 1990s and early 2000s when the city, state and federal governments pledged to work together to help the most vulnerable in the Downtown Eastside to assist.

The chief also encouraged the council to pressure the government to fund more Vancouver Coastal Health programs, saying it would be the only area where the city would get the “greatest bang for the buck.”

He pointed to the success of two teams, staffed by agents and healthcare professionals, who are making proactive visits to people with mental illness. The programs have resulted in fewer emergency room visits, fewer 911 calls, and have resulted in some people receiving housing and counseling.

The chief’s assessment was supported by Dr. Jesse Sidhu, a psychiatrist at Vancouver General Hospital, said nurses, clinicians and doctors can’t do their jobs without the help of police, though he emphasized that there are calls without officers present.

“The police involved in these situations are excellent, incredibly attentive and nuanced in those situations,” Sidhu told the municipality. “So we need more of that.”

The forum was advertised as a forum where citizens could talk to the municipality about their public safety concerns. But questions to Palmer and other city officials, along with presentations, took up most of the four-hour session, with more than 60 speakers yet to address the council.

The forum will resume on May 10.

Once the forum ends, city officials plan to prepare a report to the council by June on a community safety strategy for all citizens, including the most vulnerable, who are seven times more likely to be victims of crime. heard the council Thursday.

Police statistics show that crime fell further in 2021, with home, business and vehicle burglaries falling by more than 20 percent compared to 2020, the year the pandemic was declared and saw unprecedented declines in property crime.

Those trends have continued this year.

At the same time, indiscriminate attacks and reports of aggressive shoplifters have increased, with violent crime rising 7.1 percent since last year, according to Palmer, who added that smashed windows at downtown businesses and graffiti remain a problem.