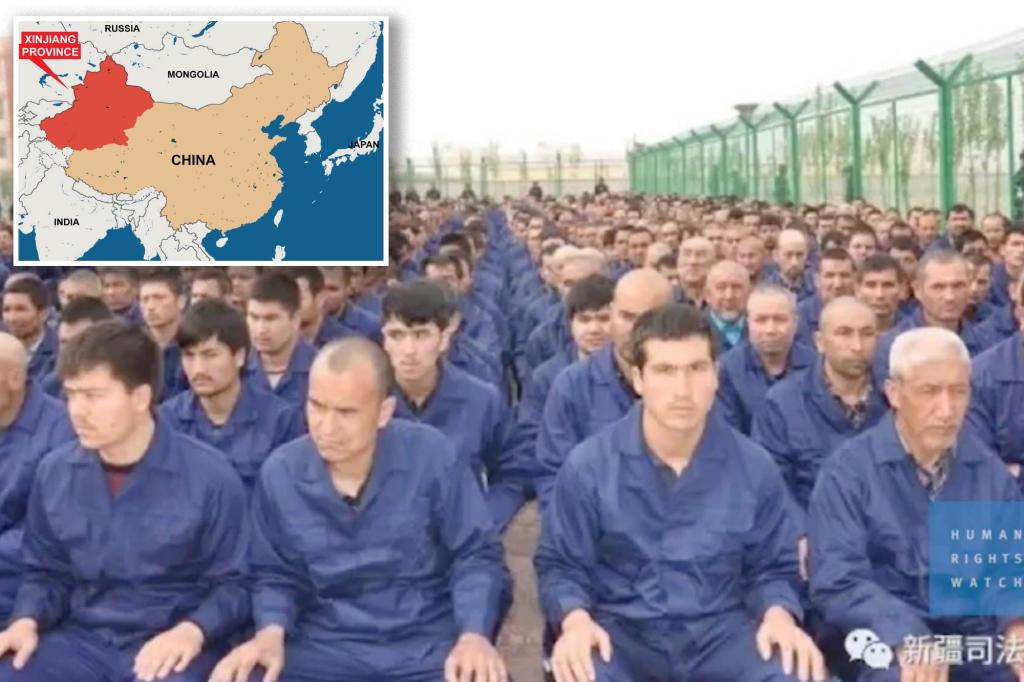 A cultural genocide is currently taking place in China against the Uyghur minority. Aggressively controlled by the Chinese authorities and faced with the constant threat of arrest or torture, this Turkic-speaking people in China’s far west now exists in the world’s first real digital dictatorship.

It’s no exaggeration to say that the entire province of Xinjiang, an area only slightly smaller than Alaska, has been turned into a giant open-air prison camp by the Chinese Communist Party. As author Nury Turkel explains in his new book, “No Escape: The True Story of China’s Genocide of the Uyghurs,” every neighborhood in Uyghur cities, big and small, now has its own hastily established “convenience police station,” staffed by “low aide police officers, who are more brutal muscles than real law enforcement officers.” The neighborhoods themselves are surrounded by manned checkpoints, where those wanting to leave before leaving are forced to peer into a camera for a retinal scan.

Each neighborhood is further divided into small “grids” of 15 to 20 families, each with an assigned “grid monitor”. As the author writes, each observer has a duty to sniff for their neighbors and report suspicious or prohibited activities — such as Islamic practices such as refusing pork or fasting during Ramadan — to authorities.

Then there are the Monday morning ceremonies where the flag is raised, where attendance is mandatory. As Communist China’s red flag is raised, Turkel, who is an ethnic Uyghur, writes, party officials are leading “clans expressing the greatness of the party and its secretary-general, Xi Jinping, and the need for Uyghurs to express their faith in anyone other than it.”

In his book, Turkel tells the story of a young woman named Zumrat, who remembered with a shudder the first time she was forced to renounce Islam.

“The party Apparatchik who led the meeting shouted to the assembled Uyghurs, ‘Is there a God?’

The shocked crowd paused for a moment before answering “No.” They had to — members of the Neighborhood Watch studied their reactions as they stood around the flagpole. Terrified, Zumrat moved her lips, but the first time did not speak the words that challenged her faith.

“Who is your new god?” called the leader of the meeting.

Later, when Zumrat came home, she prayed to Allah for forgiveness.

But these “old-fashioned” control methods, most of which have been around in some way since the foundation of the People’s Republic in 1949, are just the beginning. The technological explosion has given Xi Jinping ways to monitor the population using artificial intelligence – AI – that the late Chairman Mao could only have fantasized about.

The mechanics of how the surveillance works is absolutely horrifying. In recent years, Turkel says, every adult Uyghur has been called to the local police station to undergo “a barrage of scans, tests and examinations… [including] retinal scans and fingerprints… blood or hair samples… for DNA profiling.” They also had to “read forty-five minutes of a set text so that their voices could be recorded and identified, so that the spies with listening devices parked outside people’s homes knew who was speaking.”

Finally, they are also forced to walk, talk, smile and frown in front of a series of cameras. The point is to train the AI ​​program to identify any Uyghur on surveillance videos, which AI can now do even when someone’s face is turned away from the camera. Their way of walking betrays them.

But this smart AI deployed by the Chinese Communist Party (CCP) is not finished yet; it immediately determines whether a man’s beard is a little too shaggy, or a woman’s dress a little too long. These are signs that a Uyghur man or woman is secretly practicing their faith; if identified, the AI ​​surveillance systems will send an arrest warrant to the printer at the local police station. The police take over from there and bring the suspects in for questioning, tying them hand, foot and neck in something called a “tiger chair,” and asking them, for example, whether they believe in the Communist Party or in God. The wrong answer – “I believe in God” – results in torture and jail time.

The communist authorities have also included smartphones in their surveillance network. As the author writes, all Uyghurs and other minorities in Xinjiang had to download an app horrifyingly called “Clean Internet Security Soldier”. This allows the AI ​​to play “I Spy” with your cell phone, checking every detail of your life for signs of “suspicious activity”.

If you do more shopping than usual, AI will alert the police that you may have unregistered guests and your home will be raided. If you buy more petrol than usual, the police will come by to ask where you think you are going.

In Zumrat’s case, she made the mistake of texting the usual Islamic phrase “peace be upon you” to a friend. “Shortly afterwards, a security official approached her and told her that the Arabic expression was now banned. She had to stick to the “national language” – the new official term for Mandarin… Next time, the official warned, it wouldn’t be so easy for her.”

But Beijing isn’t satisfied with scanning Uyghurs’ retinas before crossing the street, or tracking a Uyghur’s every move on their own cell phone. Many Uyghur families have been forced to allow communist agents to stay with them — and spy on them — in their own homes. According to Turkel, CCP documents show that hundreds of thousands of police, military or security officers have been forced upon families in this way.

These Han Chinese ‘Big Brothers’ – pretending to be ‘relatives’ by using fictitious kinship terms – forbid the use of the Uyghur language in the household, try to bribe the children to inform their parents, and often abuse mothers and their daughters.

Turkel tells how a woman who stabbed her ‘relative’ to death after the man sexually abused both her and her [12-year-old] daughter. She was unable to go to the police to report the sexual assault because the state was complicit. … The woman and her daughter have disappeared without a trace.”

This abuse continues even when the Uyghur husbands still live in the household, as the men are often afraid to intervene. When a woman complained to her husband that their Chinese “relative” was pressuring her to give him oral sex, Turkel said, “the man was terrified and insisted there was nothing they could do. The Chinese had broken the dignity of this Uyghur man, to the point where he was unwilling to protect his own wife, the mother of his child.”

While the Uyghurs are held hostage in their own home, their history, language, culture and religion are systematically erased in their ancient homeland. As the author writes, the Uyghur language, which is closely related to Turkish, is no longer taught in local schools and books on Uyghur history are now banned. Mosques and shrines that have stood there for centuries are being razed to the ground by the hundreds, and it is a crime to own a copy of the Quran. And even as ethnic Han Chinese women in Xinjiang and elsewhere are encouraged by the Party to have more babies, Uyghur women are being told to have less — with contraception, sterilization and even abortion forced on them.

The Wrath of Han

As an observer of China, it is clear to me that the aim of the party is not just to turn the surviving Uyghurs into atheists and CCP members. But to give them a brand new identity as Han Chinese. The same CCP that tried to erase history during the Cultural Revolution is now hacking the brains of an entire nation. This is much worse than forced assimilation: it is genocide in slow motion.

Thanks to Turkel, we know who commissioned this CCP version of Germany’s infamous “final solution”. It came from none other than the greatest Big Brother of them all, Xi Jinping himself. In 2014, Xi visited Xinjiang and stated that the Uyghurs “should not show mercy”. Since then, the party has become more ruthless.

It is not easy for Uyghurs to escape the gigantic prison that was once their homeland. Rather than sympathizing with the plight of their co-religionists, Muslim regional countries have shown that they are all too willing to deport fleeing Uyghurs back to China, where they are arrested or even executed for daring to leave. Even oil-rich sheikdoms fear the wrath of potential Chinese retaliation.

The only place where the Uyghurs are really protected is, paradoxically, in Western countries, especially the United States, which was founded by those committed to religious freedom and has declared that what is happening to the Uyghurs is “genocide.” is. That’s why the author of “No Escape,” contemplating his own escape from China’s tyranny, decided that “America was the only safe place for me to go.”

Steven W. Mosher is the president of the Population Research Institute and the author of “The Politically Incorrect Guide to Pandemics.”