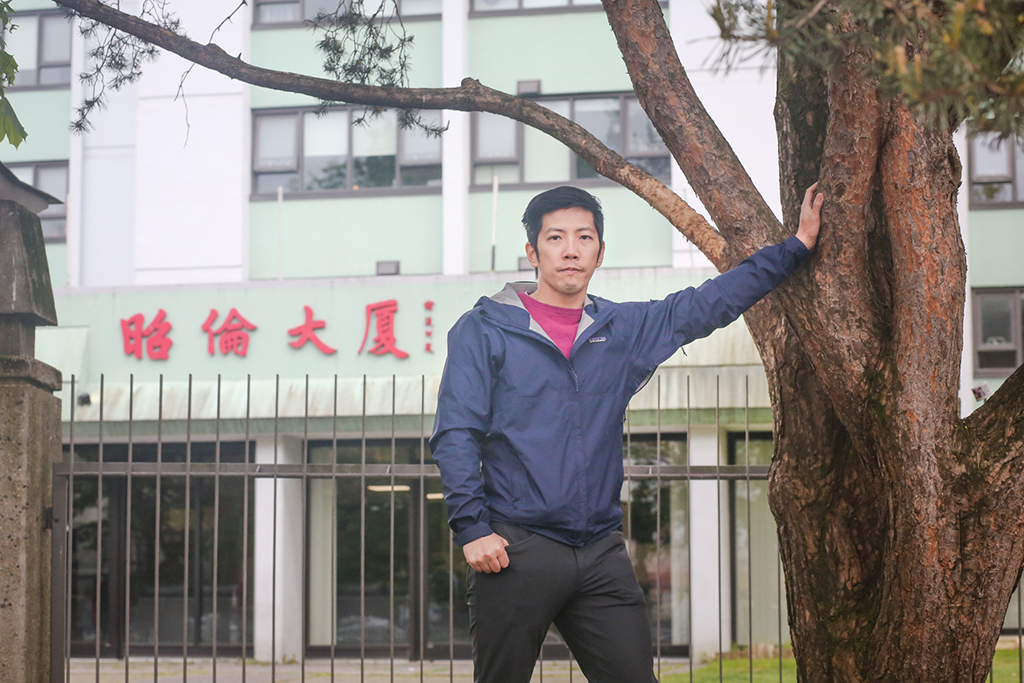 The Chau Luen Society wants to build a new building to continue its mission of housing seniors in Vancouver’s Chinatown. But the city says no so far.

Announcements, events and more from Tyee and select partners

The finalists have been named to Canada’s prestigious National Magazine Awards and Digital Publishing Awards.

Experience Bard’s return to the beach

Feel the magic of live theater outdoors this summer with three unique plays.

At the root of the problem are… roots.

The root structures of four trees, to be exact. Even more frustrating for some who blame the planning department for holding back needed new housing too often. About this specific file, Mayor Kennedy Stewart says in an election year that he would like to work on a solution.

The seed of the controversy is this: The Chau Luen Society has called Vancouver’s Chinatown home for eight decades and has a tower on Keefer Street that houses 82 senior housing.

The tower was built 49 years ago and has recently undergone extensive upgrades to the shroud, giving it another 20 years, society estimates.

“We generally have a very low vacancy rate, definitely a bit of a waiting list, and so we need to build more,” said Mike Tan, the vice president of the association’s board.

In this way, current residents can move into a new building while society decides what to do with the old one.

The association plans a new tower on their land, but there they encountered the unusual obstacle: four trees on a strip of land owned by the City of Vancouver.

There isn’t much on that land, just the trees, boulders and a dirt path made over time by people walking on it.

When the association told city officials about their plans for a new tower, they received two bad news.

The first is that society’s hopes of doubling their total units will not be possible.

The association had wanted to buy some land from the grassy swath of the city to build a larger new tower of 80 to 100 units.

But the city said the property should be kept as it is. A spokesperson told The Tyee that this is because of the “importance of preserving the trees on the site to provide much-needed canopy and green space to this neighbourhood, which is deficient in both.”

The second bad news is that society’s less ambitious option – building a smaller 60-unit tower on the edge of their existing property – won’t be possible either.

This would interfere with the root network of the four trees on the city site.

The only thing they can build on their own land? A smaller project that stays away from the root network.

“That doesn’t make sense financially [for us]’ said Tan.

This is not the first time the association has come into contact with the city regarding their real estate. That episode is part of the Vancouver legend.

The association used to own a three-story building at 800 Main St., but it was expropriated by the city in 1966, along with other properties on the block, including the homes of black residents who were part of the Hogan’s Alley community.

“We’re very proud of our history there,” said Tan, noting that their building was home to the first London Drugs.

The society got about $100,000 from the city for the foreclosure and relocation, which they fought “snag and nail” with other property owners and owners, he said.

The city has bulldozed their block and built overpasses for a highway that never came, thanks to years of protests from local residents. It made Vancouver an anomaly among North American cities because there is no highway running through its core.

It turns out that the trees that plague society’s plans today are part of that highway legacy from half a century ago. The city acquired that strip of grass in the first place with the intention of developing a road for the highway — “There’s a bit of irony there,” Tan said.

On the block next to the Society’s tower, you can still see the bend where that branch of the highway would have been.

In an immigrant city like Vancouver, there is a huge demand for culturally appropriate aged care, whether it be Chinese or Punjabi, Japanese or German. Many providers, such as the Chau Luen Society that offer it, have waiting lists.

For Chau Luen, their care includes staff who speak Chinese, which is critical to the wellbeing and health needs of seniors. There is also cultural recreation of dancing, singing and mahjong. Its location in Chinatown, in particular, is critical, as it gives seniors the independence to venture into a neighborhood where they can visit service providers such as banks and medical offices and buy kitchen supplies they need — all in their native language.

A spokesperson told The Tyee the city will not comment publicly on the matter because the association has not yet filed a formal application for rezoning.

Mayor Stewart has heard about the situation and his office told The Tyee it will meet with community and city officials to “explore how we can move this project forward”. The mayor recently told the Vancouver Sun that he had always hoped the grassy swath could be used to revitalize Chinatown, especially for senior housing.

“We certainly appreciate the importance of the canopy,” says Tan, who doesn’t want this to lead to a discussion about whether trees or senior housing is more important.

BC Housing intervenes to prevent eviction of seniors in Chinatown

Trees have special significance in the Chinatown and Downtown Eastside neighborhoods. This is one of the hottest spots in the city when summer hits due to the urban landscape and lack of shade from limited trees. That shadow is all the more important to locals, many of whom are seniors, low-income, immunocompromised, and living in old buildings that get incredibly hot. According to the BC Center for Disease Control, the Downtown Eastside and the nearby city of New Westminster were home to the highest death tolls during last year’s heat dome.

Tan knows that the seniors who live in the tower of the society seek refuge under those four trees, just like many local residents.

“We hope the city can figure out that these trees can be moved, so we can build those homes.” and have these trees nearby.”

Hot, Hot Housing is a column on the housing crisis in Vancouver and beyond, published every Friday in The Tyee. Do you have your own living stories? Whether it’s market hijackings, rent terrors or survival tips, email us at [email protected]