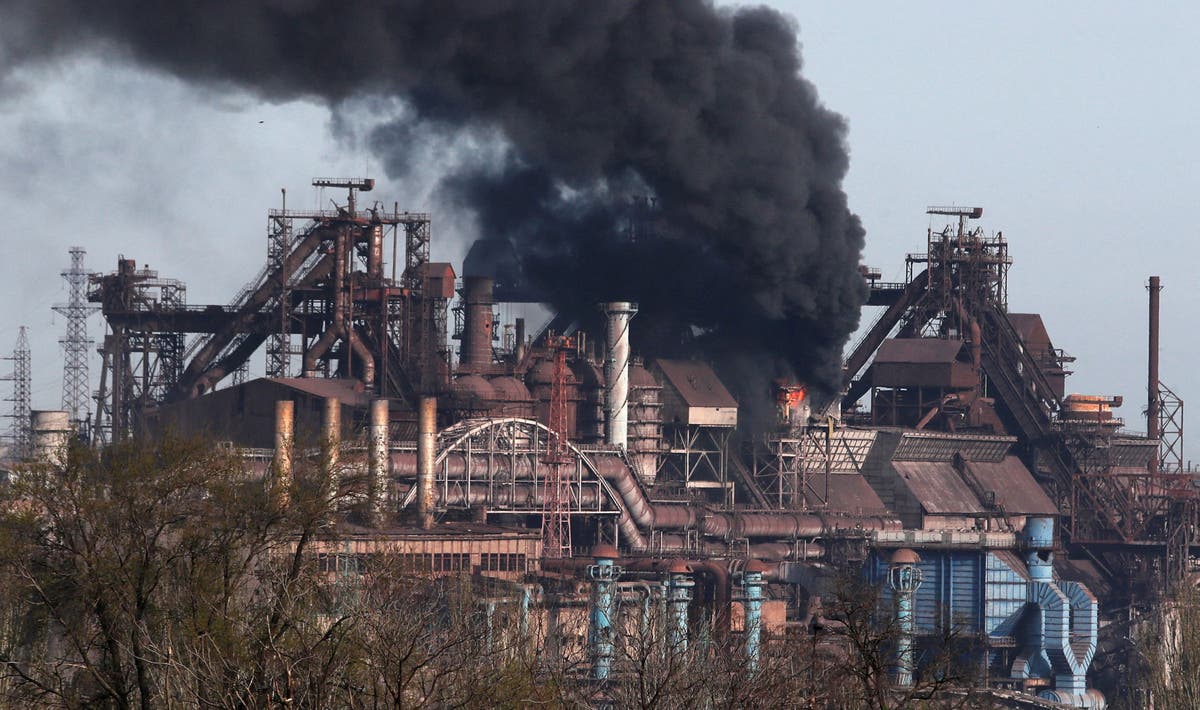 Up to 25 civilians have fled a besieged steel factory in Mariupol, where hundreds of civilians are said to remain trapped.

The Azovstal steel plant, in southern Ukraine, is the only part of Mariupol that is still not in the hands of Vladimir Putin’s troops.

On April 20, it was reported that the site was heavily bombed by Russian soldiers. Since then, people have taken cover in basements.

Kremlin-backed media reported that 25 civilians — including six children under 14 — had left the factory, but there was no mention of where they were going. Ukrainian soldiers in the steel factory estimate the number at 20 women and children.

Among those who left were also said to be elderly people.

Sviatoslav Palamar, the deputy commander of the Azov regiment, said the elderly, women and children were “pulled from the rubble with ropes”.

He said those who left have been “transferred to a suitable place” in the hope that they will be evacuated to Zaporizhzhya.

Vadym Boychenko, the mayor of Mariupol, told the BBC that people hiding in the steel mill were “on the border between life and death” and “praying for rescue”.

Mr Putin declared last week that Mariupol – a port city on the Black Sea coast – had been captured and ordered Russian soldiers to close off the industrial area “so that a fly cannot get through”.

Elsewhere, Angelina Jolie was reportedly spotted in Ukraine while visiting the city of Lviv. In a video shared on Facebook, the actor can be seen smiling and waving to fans as she ordered a cup of coffee.

Jolie has worked for years as a special envoy to the United Nations Refugee Agency, but the details of her trip to Ukraine are unclear.

The Kremlin has turned its attention to these regions of Ukraine after failing to take Kiev since the launch of the invasion on February 24.

Since that date, thousands of civilians have been killed and more than 5 million have fled the country as refugees when their towns and cities were devastated by airstrikes.

Putin’s forces have taken the city of Kherson to the south, giving them a foothold just 100 km (62 mi) north of Russia-annexed Crimea.

The troops also largely occupied Mariupol – for which Russia declared a victory on April 21 and claimed the soldiers had “liberated” the city.