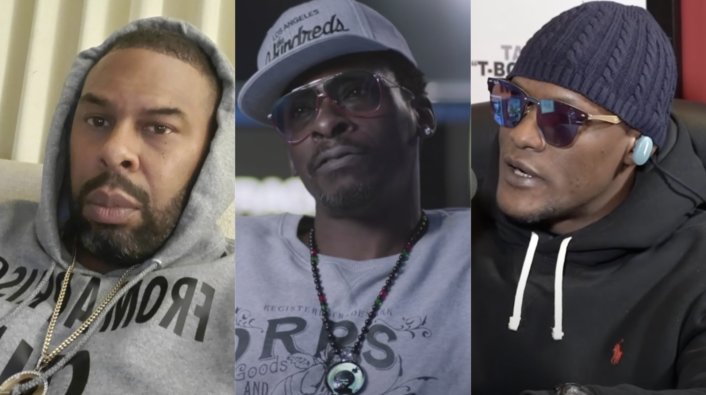 Amid the unveiling of the brewing drama between legendary producer Pete Rock and Canibus, Rock’s former creative partner CL Smooth has come out to support his fellow lyricist.

Canibus has been teasing fans for the past few months with a new EP produced by Pete Rock. However, Pete Rock not only denied his involvement in the project, but also publicly posted it on Twitter.

“I WOULD NEVER PRODUCE ANYTHING THAT SOUNDS SO BAD OMG THIS IS A THIRSTY MOVEMENT OF CANIBUS PEOPLE BUT IT DOESN’T SOUND GOOD ON THE WTF OMG y’all gotta stop being so thirsty and disrespectful man,” the legendary producer wrote along with a post of the EP cover. “That’s how you keep running through the mud, this is super trash lol.”

The producer criticized Canibus and his project in subsequent tweets, while also taking pictures of the rapper’s entire legacy. Pete Rock’s messages caused Canibus’s manager, M80, to respond, claiming that the producer was not only involved in the project but also paid for his services.

“Thank god I will never be as corny as @PeteRock,” M80 tweeted. “I sued @Nas first and then said he had not authorized the EP with @DaRealCanibus that I paid him for and for which I had the bank receipts, production signature and guest artist’s memo. Tried to persuade him $3k extra to pay or he acts.”

M80 also posted alleged messages and receipts to refute Pete Rock’s previous claims. He also threatened the producer with a lawsuit for defamation and defamation.

Scroll above to see more of the back-and-forth exchange.