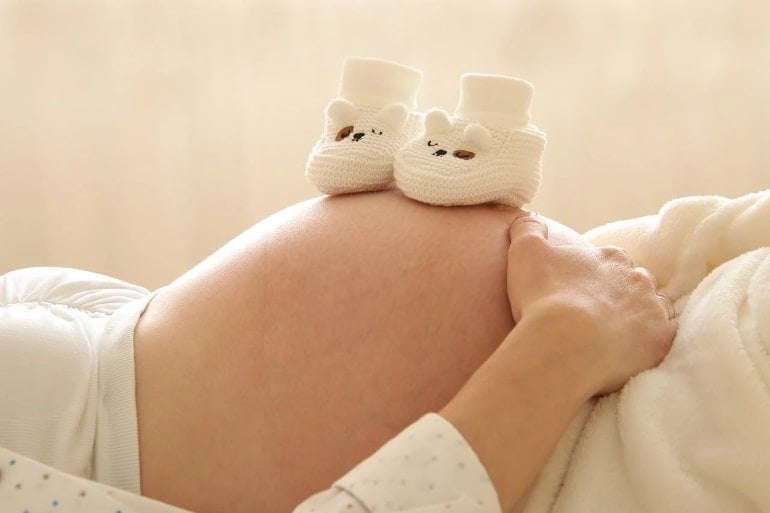 Summary: Researchers have found biomarkers for the common fungicide azoxystrobin (AZ) in the urine of pregnant women and children aged 40-84 months. In mouse models, AZ penetrated mouse brains in utero and killed some embryonic cortical neurons.

For the first time, UNC-Chapel Hill researchers measured the concentration of a biomarker of the commonly used fungicide azoxystrobin (AZ) in the urine of pregnant women and children aged 40-84 months. They also documented maternal transfer of AZ to mouse embryos and mice of weaning age.

“The most concerning aspect of our research is that this fungicide is now widely used in certain brands of mold-resistant wallboards,” said senior author Mark Zylka, Ph.D., director of the UNC Neuroscience Center.

“Our study shows that pregnant women and children are exposed to azoxystrobin at much higher levels than expected from food sources alone.”

Zylka, the WR Kenan Distinguished Professor of Cell Biology and Physiology at the UNC School of Medicine, began studying the effects of this fungicide on brain cells several years ago when he and colleagues found that members of this fungicide class caused gene expression changes indicative of brain inflammation, a process seen in individuals with autism and age-related cognitive disorders.

These chemicals stimulate the production of free radicals and disrupt microtubules – parts of neurons that are important for cell division, the transport of chemicals between cells and the maintenance of cell shape.

The agricultural industry began using AZ and related strobilurin class fungicides in the mid-1990s, and their use has increased exponentially to 1000 tons, applied to vegetable, nut, potato, fruit and vine crops in the United States, as well as to grains. and sod grass.

AZ has been found in large quantities in surface waters as a result of agricultural run-off. It is known to be harmful to aquatic organisms and invertebrates.

Later, AZ was added to specific brands of mold and mildew resistant wallboards, which are now widely used in residential and commercial construction.

Over the past decade, several experimental studies have shown that AZ can cause developmental toxicity and neurotoxicity. In cortical neuron cultures prepared from embryonic mice, AZ induced reactive oxygen species (free radicals) that can damage cells.

In zebrafish, AZ altered cell death-related gene expression in larvae and caused oxidative stress in larvae and adults. After parental exposure to AZ in zebrafish, a significantly higher incidence of mortality and malformations was observed in offspring.

These studies suggested that AZ is toxic in the embryonic stages, and as a result of these studies, scientists identified it as an important first-line target for biomonitoring in the United States.

Still, there isn’t much information about whether people — especially young children and pregnant mothers — are exposed to harmful amounts of AZ, whether the fungicide can be transferred from mother to embryo, and if so, what are the health implications.

Zylka’s lab conducted experiments, led by first author Wenxin Hu, Ph.D., a UNC-Chapel Hill postdoctoral researcher, to measure the concentration of a biomarker of exposure to AZ (AZ acid) in the urine of pregnant women and in a separate group of children aged 40 to 84 months.

Experiments further revealed that AZ crossed the placenta and entered the developing brain of mouse embryos, and AZ was transferred to offspring during lactation.

“Azoxystrobin has been detected in house dust, and some samples show high concentrations,” Zylka said. “Our current study shows that azoxystrobin is metabolized in humans, meaning that humans ingest it. Some children had persistently high levels of the metabolite, suggesting that they are chronically exposed to azoxystrobin.

“This fungicide is on track to become as widespread in the home as other chemicals such as pyrethroids, plasticizers and flame retardants. We urge the scientific community to step up efforts to determine whether chronic exposure to azoxystrobin affects people during fetal development and after birth.”

About this neurodevelopment and environmental neuroscience news

Detection of Azoxystrobin Fungicide and Metabolite Azoxystrobin Acid in Pregnant Women and Children, Estimation of Daily Intake, and Evaluation of Placental and Lactation Transfer in Mice

Azoxystrobin (AZ) is a broad spectrum agricultural strobilurin fungicide that has recently been added to mold and mildew resistant wallboards. AZ was shown to have toxic effects in animals in embryonic stages and was listed as a first-line target for biomonitoring in children.

This study examined exposure to AZ in pregnant women and young children, whether AZ could be transmitted from an exposed mother to offspring, and whether AZ or one of its primary metabolites, AZ acid, was neurotoxic. in vitro†

AA acid was present above the limit of quantification (0.01 ng/mL0.01 ng/mL) in 100% of the urine samples from pregnant women and in 70% of the urine samples from children, with median concentrations of 0.10 and 0 .07 ng/mL0.07 ng/mL and a maximum concentration of 2.70 and 6.32 ng/mL 6.32 ng/mL, respectively. Studies in mice showed that AZ was passed from the mother to the offspring during gestation by crossing the placenta and entering the developing brain. AZ was also passed on to offspring via lactation. High levels of cytotoxicity were observed in mouse embryonic cortical neurons at concentrations that modeled environmentally relevant exposures.

Our study suggested that pregnant women and children were exposed to AZ, and at least 10% of children (2 out of 20 evaluated at two ages) showed signs of chronic exposure. Future studies are needed to evaluate whether chronic exposure to AZ affects human health and development. https://doi.org/10.1289/EHP9808