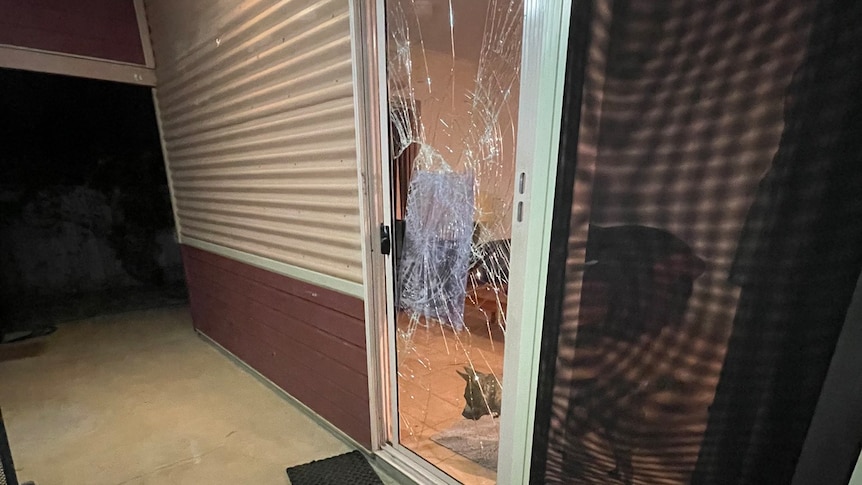 Dave Corstorphan is the only nurse left in the remote Western Australian Aboriginal community of Kalumburu after another crime incident led to another nurse leaving town.

On Sunday evening, an unknown number of violators attacked a nurse’s home and smashed a glass door to gain entry.

“They waited for the nurse in question to be called for a job, and then they arrived,” said Mr. Corstorphan.

Police have confirmed that frozen pizzas and a small amount of cash were stolen from the McGowan Place property.

The victim has since decided to leave Kalumburu, nearly 900km northeast of Broome, leaving Mr Corstorphan as the only nurse in the community of more than 400 people.

The ABC understands that a replacement nurse will begin at the local clinic sometime next week.

The latest incident has continued to raise concerns for the safety of health personnel in remote communities in recent months.

In the same community, there was an incident earlier this month in which an ambulance vehicle was damaged after it was pelted by stones, leading to the departure of another nurse.

Meanwhile, further south in Bidyadanga, there had been reports of several break-ins at the accommodation of teaching and nursing staff during the school holidays.

“But there comes a point where you have to ask yourself, how much are we willing to keep? [healthcare staff in Kalumburu] given the remoteness and the cost of obtaining materials and contracts?” he said.

Mr Corstorphan said that unless things change in the community, service providers will have to make a difficult decision regarding their own safety.

The health worker said when his two-year contract expired in June, he feared there would be no one to replace him in the remote community.

“There’s such a serious shortage that despite all the efforts of WACHS, they still can’t attract…nurses,” he said.

“Actually, as a nurse in a remote area, if you sit up and breathe, you have a job.”

He said nurses had opportunities elsewhere and are actively avoiding towns in the Kimberley.

Mr Corstorphan is part of the Australian Nursing & Midwifery Federation.

“From a union perspective, it’s sad because we’re trying to maintain a level of nurses… but we can’t attract nurses to the area,” he said.

Regional Director of the WA Country Health Service Robert Pulsford said he expected healthcare workers at work and in their accommodations to be treated with respect.

“I want to make it clear that any kind of aggressive behavior towards our staff will not be tolerated,” he said.

“We are working with Kalumburu Aboriginal Corporation, WA Police and other partner services to explore further strategies to address security in Kalumburu.”

Meanwhile, Mr. Corstorphan hoped the new shift in federal government would mean change in the community.

“With the Teals” [independent candidates] now that there is a balance of power, we could see more attention being paid to these issues here,” Corstorfaan said.

Police are investigating the latest incident and are urging anyone with information to contact Crime Stoppers.

The Kalumburu Aboriginal Corporation has been contacted for comment.

ABC Kimberley provides an overview of the week’s news, stories and photos every Tuesday. Sign in to stay connected.