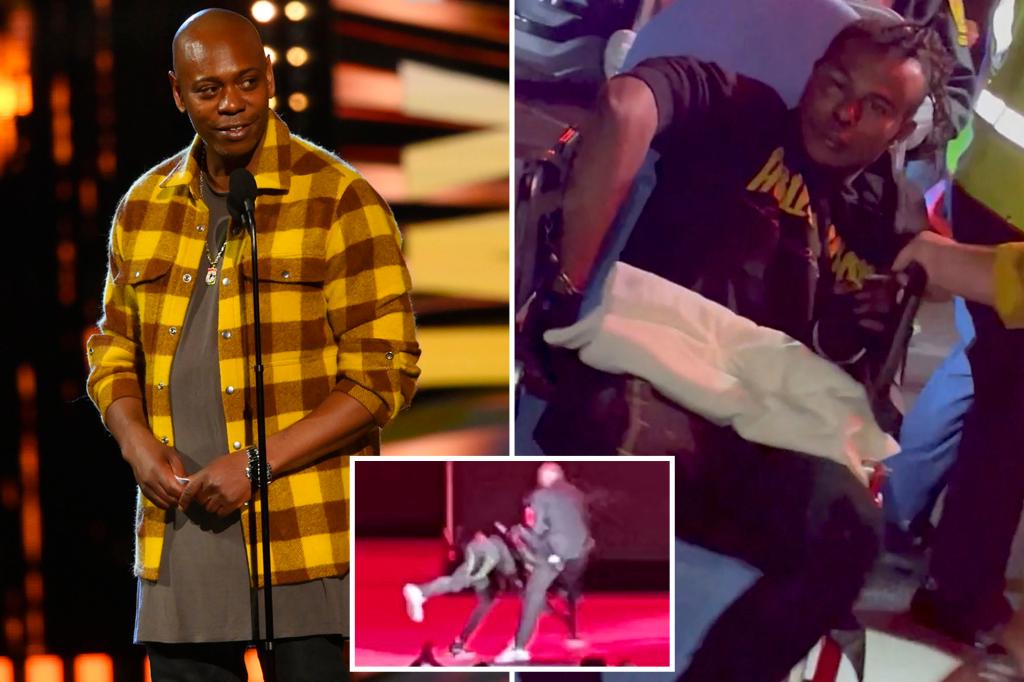 Dave Chappelle said he “felt good” his friends beating up a deranged fan with a replica rifle knife who allegedly attacked him during his Hollywood Bowl show, according to leaked audio from the event’s after-party.

“I felt good that my friends broke his arm. I felt good. How bad must a… be that Jon Stewart would punch him!’ Chappelle, 48, said Tuesday night in audio obtained by TMZ of the event at the Pendry Hotel in West Hollywood.

During the terrifying incident a few hours earlier, the star of “The Closer” screamed, “I’m going to kill that mother…” But later told the people at the hotel that “killing that n— would have been stupid.” , according to the clip posted by TMZ.

Chapelle, who was not injured in the incident, thanked his friends for leaving the alleged attacker, Isaiah Lee, 23, with a severely disfigured arm.

“Those are very powerful friends and I share [this night] with people I love very much,” he is heard to say.

Stewart, 59, attended Chappelle’s show at the “Netflix Is a Joke” comedy festival, but the former “The Daily Show” host did not appear to be really involved in the feud, the Los Angeles Times reported.

Lee, an aspiring rapper who named a song after the comedian and alluded to the attack in his lyrics, evaded felony charges in the case and was facing four violations, prosecutors said.

The suspect was filmed allegedly knocking the famous comedian to the ground before security could pounce on him.

Lee was hospitalized briefly for injuries sustained during the incident and was later jailed on a $30,000 bail.

Los Angeles District Attorney George Gascón’s decision not to file a criminal case against Lee has already sparked some criticism, including from those in his office who support a recall of the Supreme Attorney.