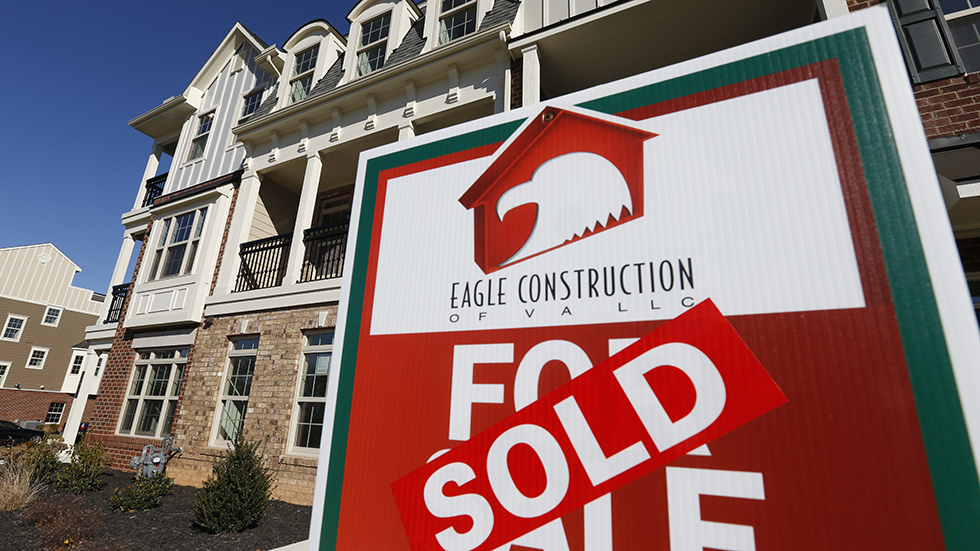 Rising interest rates are expected to cool the housing market, but some markets may be immune – mainly in Washington, DC, where decision-makers are raising rates.

The housing market in the country’s capital has shaken off previous economic slumps and it remains warm even as rising interest rates and record prices are slowing demand across much of the country.

Those numbers defy national trends, where rising prices and mortgage rates caused US home sales to fall 2.4 percent from March to April, according to data from the National Association of Realtors released Thursday.

But they note that much of the recent activity has centered around higher-end homes, with higher-income buyers paying above list price to lock in mortgage rates for fear they will rise further. Price increases make home ownership less feasible for first-time buyers.

“Towards the lower entry points of our market, you see the greatest impact of interest rates because they keep people from paying what they were looking for,” said Harrison Beacher, president of the Greater Capital Area Association of brokers.

The district’s prices did not rise as much as the national average, which reached an unprecedented 14.8 percent monthly. That’s because prices in the region were already high, experts say.

According to data from real estate firm Bright MLS, the median sales price of homes in the DC metro area has risen every year for the past nine years, rising 50 percent since April 2013 and the largest increase during the pandemic.

A major factor driving high prices is the meager number of homes for sale. The DC metro area’s housing stock has halved since the start of the pandemic, falling from 1.78 months of supply in April 2020 to 0.86 last month, according to Bright MLS. The same analysis found that housing supply improved from March to April, jumping 26 percent.

Another is the influx of high-paying jobs coming to the region, bolstered by prominent federal government companies and contractors looking to get closer to Washington policymakers.

Aerospace giant Boeing, which relies heavily on federal contracts, announced earlier this month that it would move its headquarters to Arlington, Virginia. That comes after Amazon announced plans to build a massive headquarters in Arlington and hire 1,900 new workers in the area, which some proponents warned will only worsen housing affordability.

These factors, coupled with the DC metro area’s rapid recovery from past recessions, including the 2008 housing crisis, raise the question of whether home prices will fall any time soon, even as prices in other parts of the country begin to fall. . country.

“If there is a national correction or adjustment, and not drastic, jobs and income will remain strong, which will help protect prices,” Beacher said. “Nationally, when prices fall 20 or 25 percent in some markets, DC has never really shrunk more than 8.5 percent.”

Rising mortgage rates add to the cost of buying a home. According to Freddie Mac, the average 30-year fixed mortgage rate was 5.3 percent last week, up from 3.2 percent at the start of the year.

Mortgage rates skyrocketed shortly after the Federal Reserve raised interest rates in mid-March to curb rising inflation in the country. Chairman Jerome Powell has said the Fed could raise rates again if inflation continues, a move that would push mortgage rates further.

Those rates are forcing some potential buyers, especially low- and middle-income families, to cut their budgets or stay out of the market entirely. According to Zillow, with a $1,500 monthly budget, a buyer could afford a $340,000 home below last year’s rates. Now that monthly payment would only net them a $275,000 home.

“We expect the market to rebalance this spring as rising costs keep enough potential buyers on the sidelines for inventory to meet demand, but we haven’t reached that point yet,” said Zillow economist Nicole Bachaud. in a statement. †

Brokers in the DC area note that sales are lower than last year, when mortgage rates hit record lows and buyers with cash quickly bought up the region’s housing stock. Closed sales in the nation’s capital fell 11.9 percent from April 2021, while sales in Northern Virginia fell 13 percent.

“Rising mortgage rates and limited supply have finally cooled the market, but seen in the context of our pre-covid world, we are still experiencing excellent growth in home sales,” Derrick Swaak, managing broker at TTR Sotheby’s International Realty and a Northern Virginia Association of Realtors board member, said in a statement.