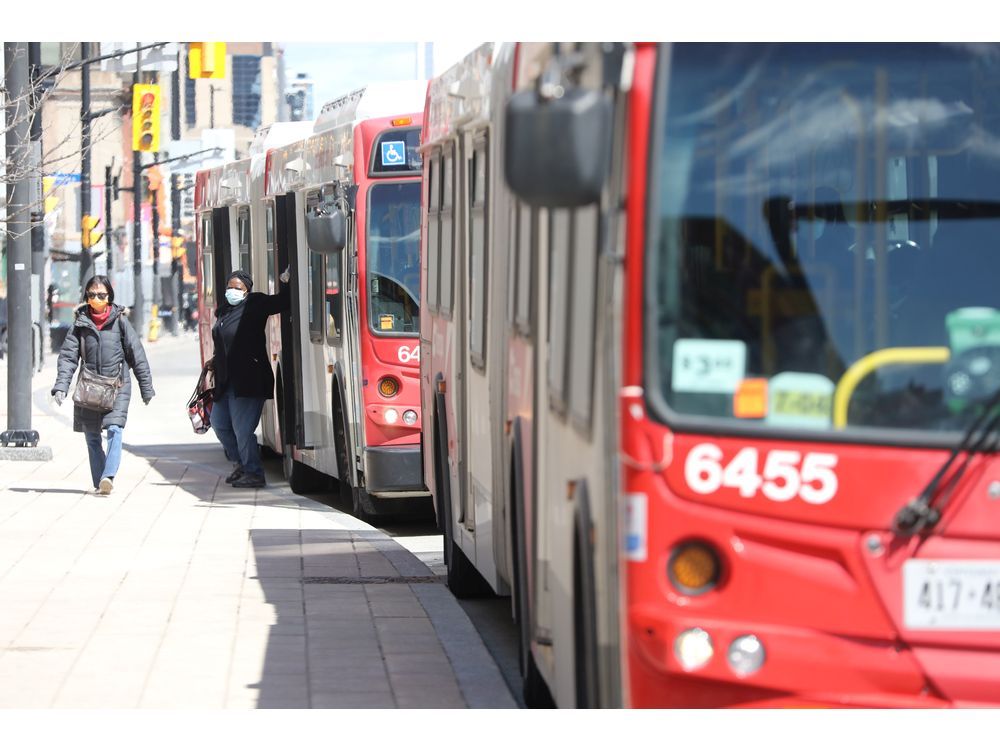 The pandemic has derailed Ottawa’s new transit system before it’s even complete, and it’s increasingly unlikely to get back on track.

The figures presented to the city’s transit commission last week paint a grim picture. Ridership recovered only modestly in the first quarter of the year. The city had budgeted 18 million transit trips in those three months, but that was only 11 million. The city’s target itself is not ambitious and estimates that the number of riders this year will be below that of 2019 and finally catch up to the level of three years ago by the end of this year.

That now looks hugely optimistic, an estimate based on the idea that civil servants would go back to work in the inner city. That idea was reinforced earlier this month when Treasury Board president Mona Fortier declared that so-called hybrid work would be the way of the future. This means that far fewer people go to the center every day.

That’s bad news for those who believe public transit is a beneficial panacea for the city’s development and transportation problems, and for taxpayers who will bear an increasing share of the fixed costs for a transit system that delivers far less value than expected. .

Making transit “free,” as some suggest, will only make the tax burden worse. The bottom did not fall out of transit ridership because of the price. It’s a question problem. If you don’t need public transportation, don’t use it at any cost.

The city’s stance so far seems to be waiting and hoping something happens to restore transit demand. That is exceptionally unlikely. Many civil servants have become accustomed to working from home and find it pleasant. The government certainly won’t force them to work downtown to keep public transportation and downtown Ottawa viable.

The pandemic has changed the nature of work, where people want to live and how they get around. The city has to accept that reality. It’s a challenge because the perennial myth at City Hall is that the staff can create “master plans” that will guide every aspect of what the city does. Surprises are difficult to estimate.

Now, many of the assumptions on which these plans are based are changing and the city does not have some of the data it needs to respond to. The city’s last transportation plan was released in 2013. There will be no new ones until 2024. Don’t be alarmed if not too many people go to the center.

Ottawa’s new official plan will also be affected by shifting work and transportation patterns. The city is enthusiastic about a lot of development in the vicinity of public transport stations. If people make less use of public transport, it seems less attractive. Most councilors are still reflexive against suburban development, but as more people move to live and work in new suburbs, does it matter that they’re not close to downtown?

Rail transportation for Ottawa was always an old idea, designed to support another old idea. The idea that everyone should work downtown was outdated long before the pandemic. Light rail transport, while new to us, has existed elsewhere for decades.

Due to the enthusiasm of its proponents, public transport is consistently oversold. That was undoubtedly necessary to convince the public that a light rail system was worth billions of dollars. To put the value of public transport into context, in 2011, transport accounted for about 22 percent of daily commuters. By 2031, if there were new LRT, that number would rise to 26 percent.

Public transportation in Ottawa was a partial solution to the problem of getting large numbers of people to the same place at the same time. It appears that the pandemic has solved that problem while reducing emissions and traffic.

That’s mostly good news, but it still leaves the no-tiny problems of finding a new destination for downtown Ottawa and sustaining the cost of a public transportation system built for another era. Councilors should focus on that.

ALSO: Sutcliffe: Downtown Ottawa will never be the same, so let’s imagine a new one

Randall Denleay is an Ottawa political commentator and author. Contact him at [email protected]