Research commissioned by a British supplement company reported that 11:01 am, 3:14 pm and 9:31 pm are the three high-risk times of the day – and found that dieters consumed an extra 750 calories daily during these times.

Susie, from Sydney, said this reflects the common time when people tend to snack throughout the day.

She also shared a list of healthy snack alternatives to eat during these hours to combat cravings.

Research commissioned by a British supplement company reported that 11:01 am, 3:14 pm and 9:31 pm are the three high-risk times of the day. Sydney dietitian Susie Burrell (pictured) said this reflects how often people tend to snack throughout the day 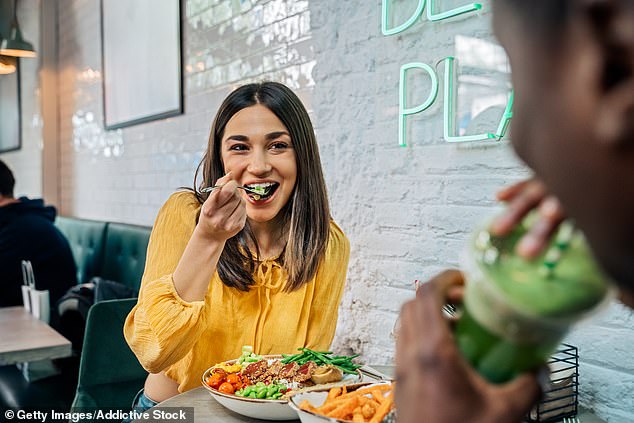 It’s important to start the day with a big breakfast to beat the 11 a.m. cravings.

“Eating too few calories during the first half of the day is not only a trigger for hunger and cravings in the late morning, but can also leave you vulnerable to overeating later in the day,” Susie told 7News.

Giving in to the craving can also mean delaying lunch until later in the day. 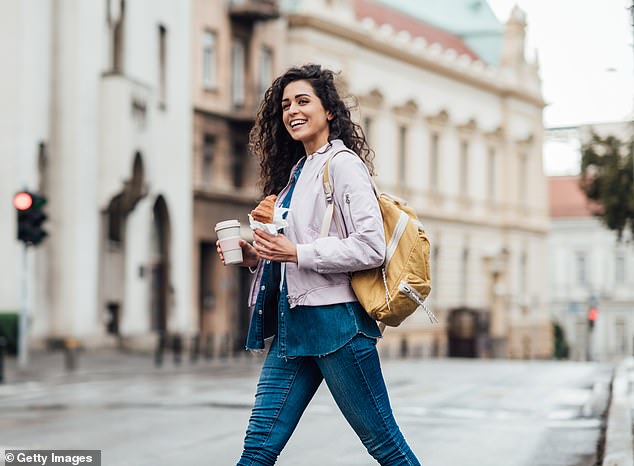 As with morning tea, afternoon cravings from 3pm to 4pm are common—many turn to unhealthy vending machine options for a “quick-fix.”

“Unfortunately, the types of foods we associate with snacking at this time of day are again usually sweet, tasty foods — cookies, chocolates, and snack bars — that leave us feeling unsatisfied and more likely to snack until dinner,” Susie said.

She recommends enjoying filling protein-rich snacks in the afternoon, such as nut bars, veggies with hummus, or rice crackers.

Which snacks are healthy?

A few hours after dinner, you might want something sweet to end the day while watching television — although Susie called this a “bad habit.”

She said eating snacks in the evening while watching your favorite show puts you at risk of overeating.

During this time, give yourself a “cut-off” period by making sure you don’t eat after a certain hour, such as 8 p.m. or 9 p.m.

Evening snacks that Susie likes include dark chocolate, a cookie, or a small amount of ice cream.