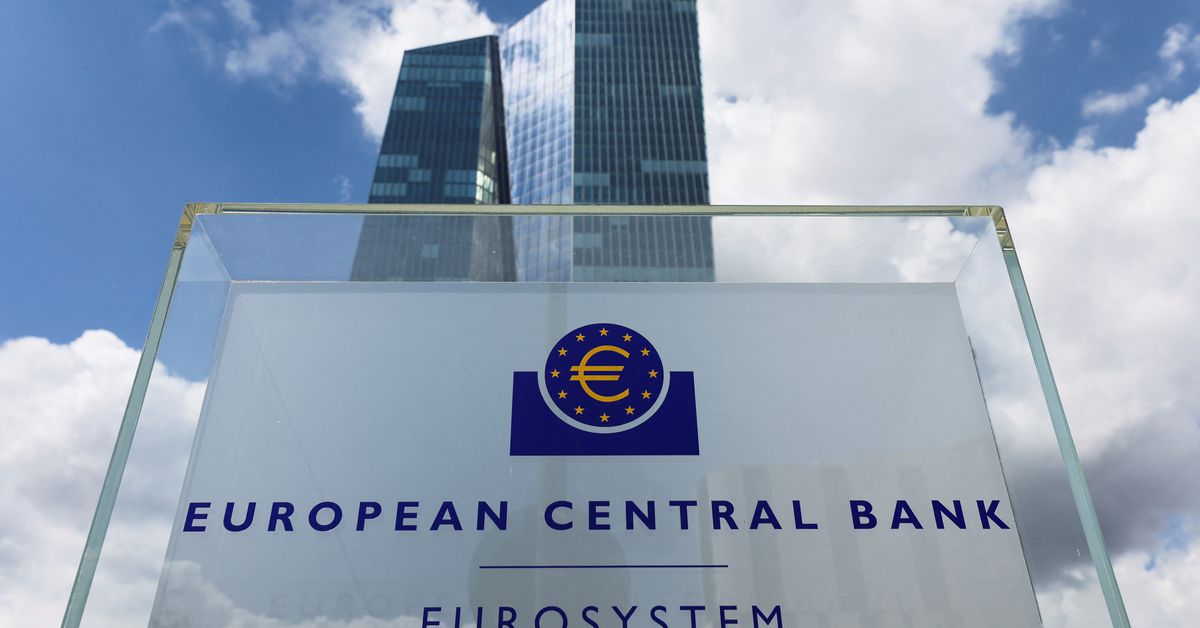 FRANKFURT, July 21 (Reuters) – The European Central Bank raised interest rates more than expected on Thursday as concerns about runaway inflation trump worries about growth, even as the euro-zone economy suffers from the fallout from Russia’s war in Ukraine.

The ECB raised its benchmark deposit rate by 50 basis points to zero percent, breaking its own guidelines for a 25 basis point move as it joined competitors in driving up borrowing costs. It was the ECB’s first rate hike in 11 years.

Policymakers also agreed to provide additional aid to the more indebted countries of the 19-nation bloc, including Italy, with a new bond-buying program aimed at curbing the rise in their borrowing costs and thus reducing financial fragmentation. to limit.

Ending an eight-year experiment with negative interest rates, the ECB also raised its main refinancing rate to 0.50% and promised more hikes, possibly as early as its September 8 meeting, with more to follow later.

ECB President Christine Lagarde said a clear deterioration in the inflation outlook and unanimous support for the anti-fragmentation tool justify the bigger move.

“Price pressure is spreading across more and more sectors,” says Lagarde. “We expect inflation to remain undesirably high for some time to come.” She cited driving factors such as higher food and energy costs and wage increases.

“On balance, we decided it was appropriate to take a bigger step to get out of negative interest rates.”

But even if the ECB moves faster now, Lagarde said, the final rate — or the level where the increases end — hasn’t changed.

The ECB did not provide guidance on its expected rate hike in September, just saying that further hikes will be appropriate and that decisions will be taken meeting by meeting.

The ECB had been letting markets expect a 25 basis point gain on Thursday for weeks, but sources close to the discussion said 50 basis points came into play shortly before the meeting as part of a deal that included aid for debt-ridden countries.

As inflation approaches double digits, it risks well above the ECB’s 2% target, with a gas shortage likely to push prices up further over the coming winter, sustaining rapid price growth.

Lagarde warned that risks to the inflation outlook were positive and have increased, especially as the war is likely to drag on, meaning energy prices will remain elevated for longer.

The euro climbed a whopping 0.8% to $1.0261 after trading at $1.0198 just before the statement but turning negative the day Lagarde spoke. Markets are now anticipating a rate hike of nearly 50 basis points in September and seeing a combined increase of 124 basis points over the remainder of the year.

The new bond purchase regime, called the Transmission Protection Instrument (TPI), aims to hedge the rise in borrowing costs across the currency bloc as policies tighten.

“The magnitude of TPI purchases depends on the severity of the risks faced by policy transmission,” the ECB said in a statement. “The TPI will ensure that the monetary policy stance is smoothly transmitted to all euro area countries.”

As ECB rates rise, borrowing costs rise disproportionately for countries like Italy, Spain or Portugal, as investors demand a higher premium to maintain their debt.

“The ECB can go big for that,” said Lagarde.

Activating the instrument is entirely within the competence of the ECB and the bank will focus on government bonds with maturities between one and ten years.

Countries are eligible if they comply with the fiscal rules of the European Union and are not confronted with “serious macroeconomic imbalances”. Compliance with commitments under the EU’s Recovery and Resilience Facility will be required, as will an assessment of debt sustainability.

The ECB’s pledge on Thursday comes as a political crisis in Italy is already weighing on markets following the resignation of Prime Minister Mario Draghi, Lagarde’s predecessor at the ECB.

The yield spread between Italian and German 10-year bonds widened to 246.5 basis points during Lagarde’s press conference, not far from the 250 basis points level that prompted an emergency meeting of the ECB last month.

The ECB’s 50 basis point hike still lags its global competitors, notably the US Federal Reserve, which raised interest rates by 75 basis points last month and is likely to move by a similar margin in July.

But the eurozone is more exposed to the war in Ukraine, and an imminent cessation of gas supplies from Russia could send the bloc into recession, leaving policymakers with a dilemma in balancing growth and inflation considerations.