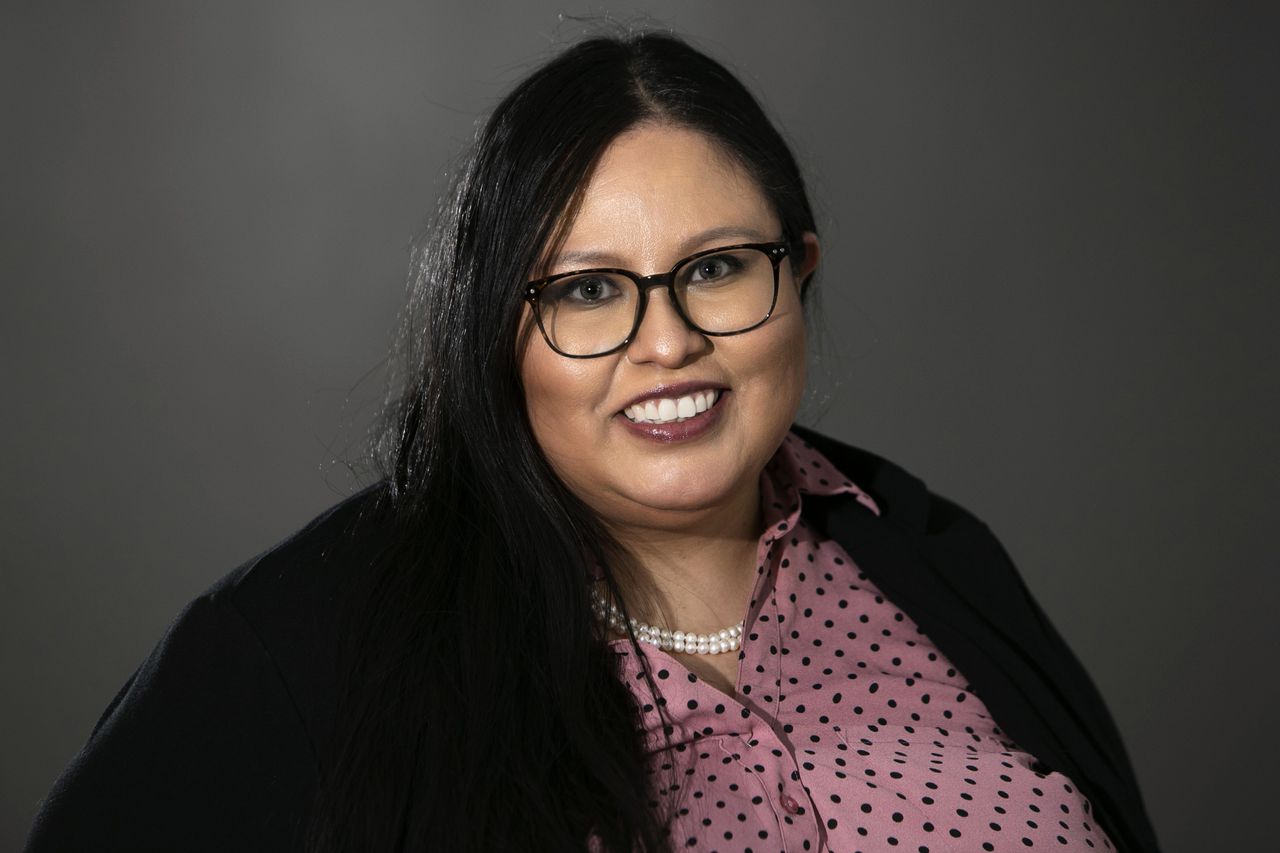 CLEVELAND, Ohio — People – you my people — we have to talk.

May is Mental Health Awareness Month, and in the spirit of the month, I want to focus on the mental health benefits of inclusion, particularly in the Latinx community.

Yes, I used the term Latinx. And I hope you will join me in embracing this term and leaving the gendered terms Latino or Latina.

Who, in particular, should adopt this change in my opinion? Fellow Latinx people in the United States. For several reasons, it’s a more practical term in the US than in, say, predominantly Spanish-speaking countries like El Salvador, my mother’s hometown.

This is complicated, I know, but listen to me.

According to the Pew Research Center, 23 percent of the U.S. population identifies as Hispanic or Latino. Of those, only 3 percent of people identify as Latinx. So, what is Latinx and why is it different?

In a nutshell, Latinx is a gender neutral term intended to include people in our own community who do not identify with Latino or Latina, who have masculine and feminine associations, respectively. Even as a cisgender woman, I think it’s important to stand in solidarity with those who are Latinx because they feel the heteronormative Latino or Latina terms don’t represent them. They may not be the majority within the Latinx community, but they are important.

As someone who uses she/her pronouns, I wanted to connect with someone who identifies as Latinx and she/she uses pronouns about the broader impact of this major cultural shift in terminology.

“Personally, I use the term Latinx when I speak English, and then I use Latin when I speak Spanish,” explains Christian Contessa Aguilera (she/he), who works at the LGBT Community Center of Greater Cleveland. “I know there is sometimes an argument people have that Latinx is not open to or available to Spanish speakers. That construction of having an ‘x’ at the end is not typical in Spanish, which is why it alienates a population. I personally think that Latinx is a term created for people who mainly speak English.”

The research seems to support his claim about the term.

Contessa Aguilera, 23, is Honduran and studies linguistics and grew up in a Spanish-speaking family, so his insights about the change in terminology were admittedly more nuanced than mine. He noted that given the history of misogyny and sexism in the US, exacerbated by what is sometimes a… male chauvinist culture in Latinx households, the term Latinx steers us in the direction of gender equality.

How do you explain all this to older generations? To our abuelas, mothers, tias, tios and others in our family? I can’t even imagine tackling this topic with my own abuelita or mother. This brings up a scene from “One Day at a Time” when Lydia, played by 90-year-old Rita Moreno, asks her granddaughter, “What the hell is a Latinx?” How do you connect the dots on mental health and inclusion for generations – here I am speaking from my experience only – that have not been particularly quick to embrace the need for either?

This required me to talk to a Latinx mental health professional. Luckily I have a few in my family. My cousin, Priscilla Flores, MSSA, LSW, of Cleveland, is a clinical therapist. Her main advice: make the issue personal and reduce it to a detailed discussion of one’s humanity rather than broad political or ideological change.

It’s something she encounters in her profession, both as an inclusive advocate for her clients and educating those who may struggle to understand why the term Latinx is necessary. I understand. I once dropped a therapist who argued with me about whether or not Chef Wahoo was offensive. Inclusion is important.

“Being a mental health therapist, being inclusive, is probably one of the most important things and if you’re not, that can really hurt a client,” she said. “I always try to keep up with inclusive language, so I’m always an ally.”

I know my anxiety subsides when I am around people who not only accept but also embrace my identity as a Latinx and Indigenous person. When people go the extra mile to be hospitable, I feel more relaxed. Comfortable. Less isolated. Especially in rooms where I’m the only person of color. I can be on my guard. So I’ve personally experienced the mental health benefits of inclusion in my everyday life and wondered if those for whom the term Latinx is a better alternative have felt the same way.

“What I’m seeing in individuals who have those conversations with their families or their support systems and adapt, feel so much more confident and confident in who they are because they’re accepted now,” Flores said. “When it comes to adapting, it really affects the way a person sees themselves. And literally turning just one letter into a word changes the whole scope of one’s perspective about who they are and how they roam this earth.”

She added: “It breaks all these barriers so that people can be their authentic selves.”

Amen. Isn’t that what we should all strive for? Empower and uplift others so that they feel welcome in all spaces?

Although I am a cisgender woman, it is important to me to be an ally in this cultural shift. That’s why I identify as Latinx. We need to normalize these changes, not just for ourselves, but for generations to come.

Nancy Kelsey, a Clevelander from the Slavic Village neighborhood, started her career in journalism before moving to communications. Her greatest loves are her husband, family, dogs, volunteering, travelling, writing, learning about other cultures and sharing her own cultures. You can reach her at [email protected]†