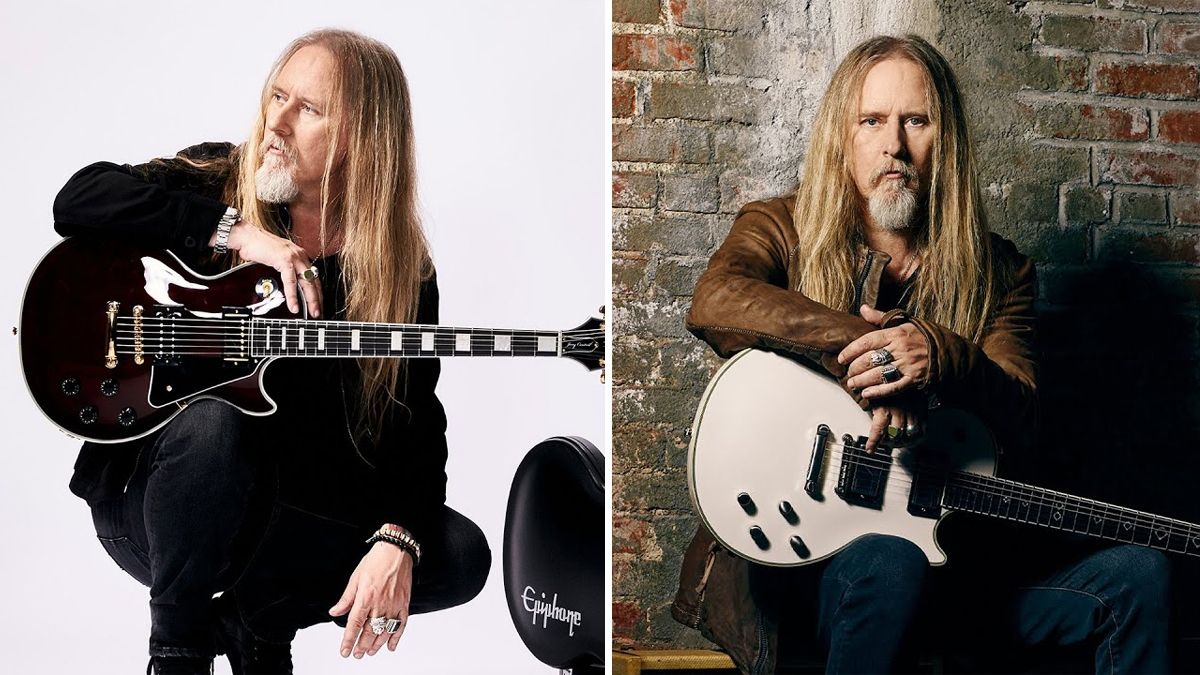 Epiphone has teamed up with Jerry Cantrell for two new additions to its line of signature guitars: a significantly more affordable version of its hallowed “Wino” Les Paul Custom and a Fishman Fluence-equipped Prophecy Les Paul Custom.

At first glance, the “Wino” Les Paul takes inspiration from Cantrell’s original Gibson counterpart with some budget-friendly tweaks, while the Prophecy LP appears to be a high-end, hot-rodded version of Epiphone’s existing Les Paul model of the same name.

They both mark the latest installments of the Alice in Chains icon’s signature six-string arsenal, following the arrival of Cantrell’s signature Gibson acoustic electric guitars earlier this year.

Read on for a closer look at Jerry Cantrell’s all-new Epiphone signatures.

There’s a good reason for that though, and while it sure looks good, the Epiphone “Wino” Les Paul prefers affordability over some of the Gibson’s standout specs.

Obviously, the lack of a Murphy Lab treatment helps with the price tag, but at its core, the Epi “Wino” seems like a pretty robust take on Cantrell’s Les Paul.

It has a mahogany body with a solid maple cap and nine-hole weight relief system, and combines a mahogany neck with a 22-fret ebony fingerboard. Elsewhere, the six-string 24.75-inch shell features a Graph Tech nut, Pearloid block inlays, and a 12-inch fingerboard radius.

The guitar is also treated to a plethora of elegant bindings, including seven-ply top, five-ply back and single-ply fingerboard binding.

Despite the aesthetic similarities, there are a handful of notable anomalies in the electronics department that help explain its affordable price tag. The piezo pickup found in the original that offered off-the-cuff acoustic tones has been completely removed.

Likewise, the 490R and 498T humbuckers have been swapped out for Alnico Classic Pro and 98T Pro alternatives, which are controlled by a three-way toggle switch, as well as pickup-specific volume and tone controls.

The Epiphone “Wino” Les Paul is available for $849.

The “Wino” is joined by a similarly minimalist yet modern Prophecy Les Paul, topped by a pair of Fishman Fluence humbuckers and custom Circle in Diamond fingerboard inlays.

Reputedly made to Cantrell’s specifications, the Prophecy features a double-bound, state-of-the-art, low-weight mahogany body with a maple top, as well as a mahogany neck and ebony fingerboard. It is treated to two additional frets – 24 Jumbo frets in total – and features a Graph Tech nut and a 12-inch radius.

Due to the slightly souped-up spec sheet, the Prophecy Les Paul is the more expensive of the pair, weighing in at $1,149.