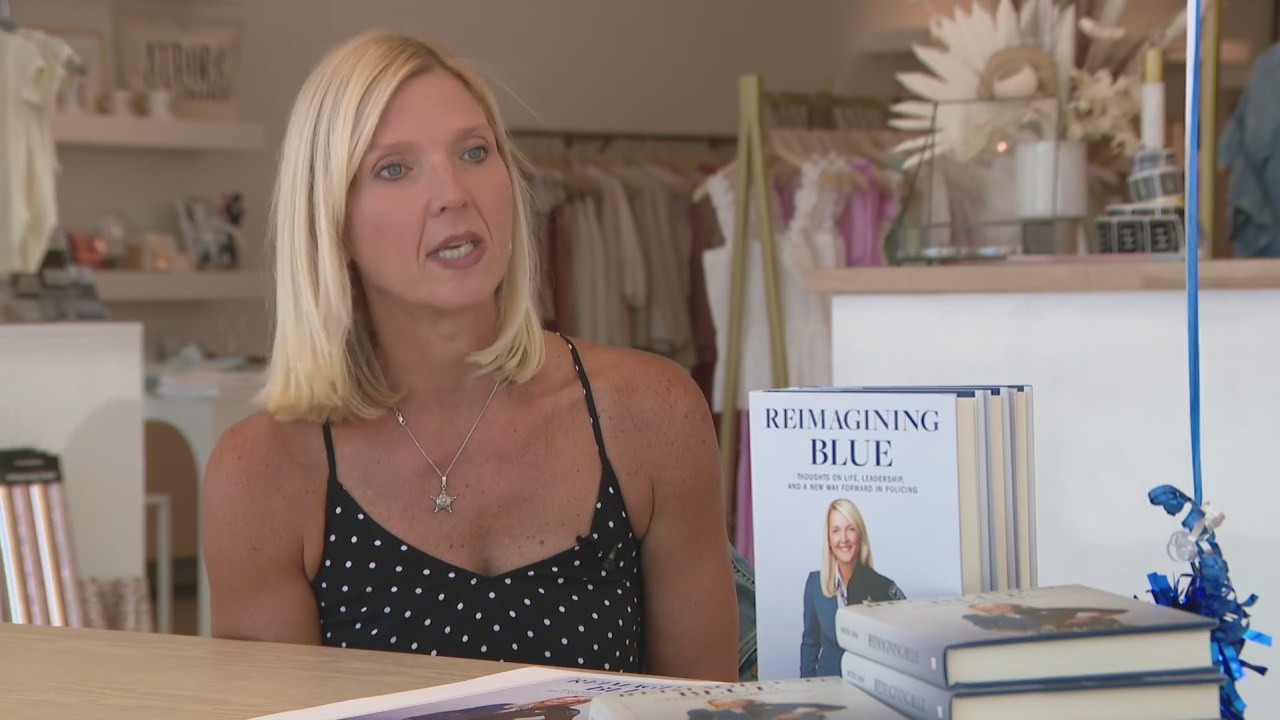 AURORA, Illinois – Retired Aurora Police Chief Kristen Ziman is back in the spotlight in a new role as an author.

At her first signing at Wyckwood House Aurora, Ziman says she took the time to reflect on her 30-year law enforcement career and wrote those reflections in her new book, “Reinventing Blue†

The former police chief began writing the novel in 2018 and finished in September last year.

“I had a column in the local paper and I kept a law enforcement blog, so the natural progression was to write a book,” Ziman said.

Ziman began writing vulnerable about her childhood, along with personal and professional failures, in the hope that her genuineness would appeal to a wider audience.

“It’s a leadership book about women’s empowerment and it’s just written from the perspective of a very flawed human who happens to be a police officer,” Ziman said.

During her career, Ziman made history in Aurora as the first female lieutenant, commander and eventually chief. While she’s unsure if she’ll ever return to the police force, her years of experience is still in high demand as she’s part of a task force investigating the recent mass shooting in Uvalde.

“The goal in mind is to get to the truth, because the truth you know always finds its way,” Ziman said.

During her time as police chief in 2019, Ziman says she attended the funerals of the five people killed at the Henry Pratt factory in aurora.

“Their future has been stolen from them. It was at that point that I thought, ‘this is ridiculous,’ and I changed my stance where I decided at that point we needed to create more friction around gun sales,” Ziman said. “We must keep weapons out of the hands of people who will use them to harm others.”

“People always ask me, ‘Are you going to take another main job?’ I actually think I’m making a bigger impact by going around and talking about mass shootings, even going into organizations and creating a reporting culture.”