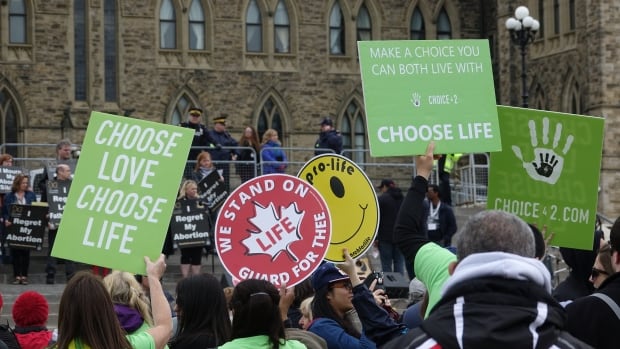 Ottawa residents can expect traffic disruption on Thursday afternoon as the anti-abortion march, March for Life, moves through downtown.

The march is expected to start on Parliament Hill. Protesters leave the hill around 1:30 PM and walk through the downtown area before returning to the hill around 3:00 PM

In a press release on Wednesday, the Ottawa Police Department said they expect road closures to begin at 1 p.m. and urged commuters to find alternative routes for their afternoon drives.

Wellington Street from Bank Street to Elgin Street will remain closed to vehicles after weeks of occupancy of some downtown streets in late January and February.

The National March for Life has been held annually in the capital for 25 years, according to the march’s website. It was fully virtual in 2020 and returned in hybrid form in 2021.

The march is held on the anniversary of the day in 1969 when the Omnibus Bill C-150 was passed, decriminalizing contraception and allowing abortion under certain circumstances. The website says it has also protested medical assistance with death laws since 2016.

In recent years, the march has drawn thousands of crowds along with counter-protesters.

This year, Planned Parenthood will set up a table near the statue of Terry Fox across from Parliament Hill to spread safe sex supplies and information. Employees and volunteers will also hold signs advertising the organization’s services.