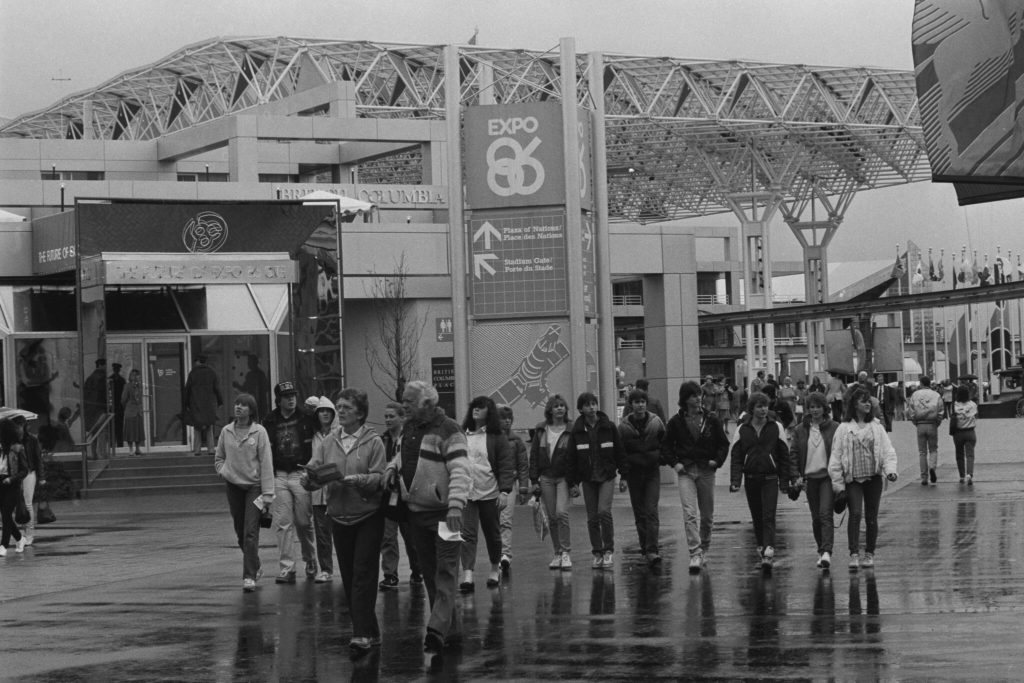 36 years ago this week, millions of visitors flocked to Vancouver for the start of Expo ’86.

The 1986 World’s Fair on Transport and Communications ran from May 2 to October 13 on the north shore of False Creek, themed “World in Motion – World in Touch” to coincide with Vancouver’s 100th anniversary.

The fair featured pavilions from 54 countries, including Italy, Cuba, Australia and Thailand. An estimated 22 million people attended the expo, which was made possible by 26,000 volunteers.

Some of the pavilions on display then remain iconic landmarks today: Science World (formerly the Ontario Pavillion), the China Gate, and Canada Place.

To mark the start of the fair, then-Prime Minister Brian Mulroney and his wife, Mila Mulroney, were joined by Prince Charles and the late Princess Diana for an opening ceremony, as part of an eight-day royal tour of Canada.

Queen Elizabeth listens as then Prime Minister Pierre Trudeau explains to her ahead of the EXPO ’86 invitation ceremony that the Queen read from the people of Canada who invited the people of the world here in ’86. The ceremony took place in the vaulted BC Stadium. (CP PHOTO)

Visitors to Expo 86 in Vancouver, BC are dwarfed by the Expo Center, an exhibit that includes a theater and various displays. Twenty years after Expo 86 turned Vancouver into a destination point on tourist maps, proponents and critics alike are looking back. (CP PHOTO ARCHIVE)

Diana, Princess of Wales and Mila Mulroney walk through the grounds of EXPO ’86 in Vancouver, BC, during the opening ceremony on May 2, 1986. (CP PHOTO)