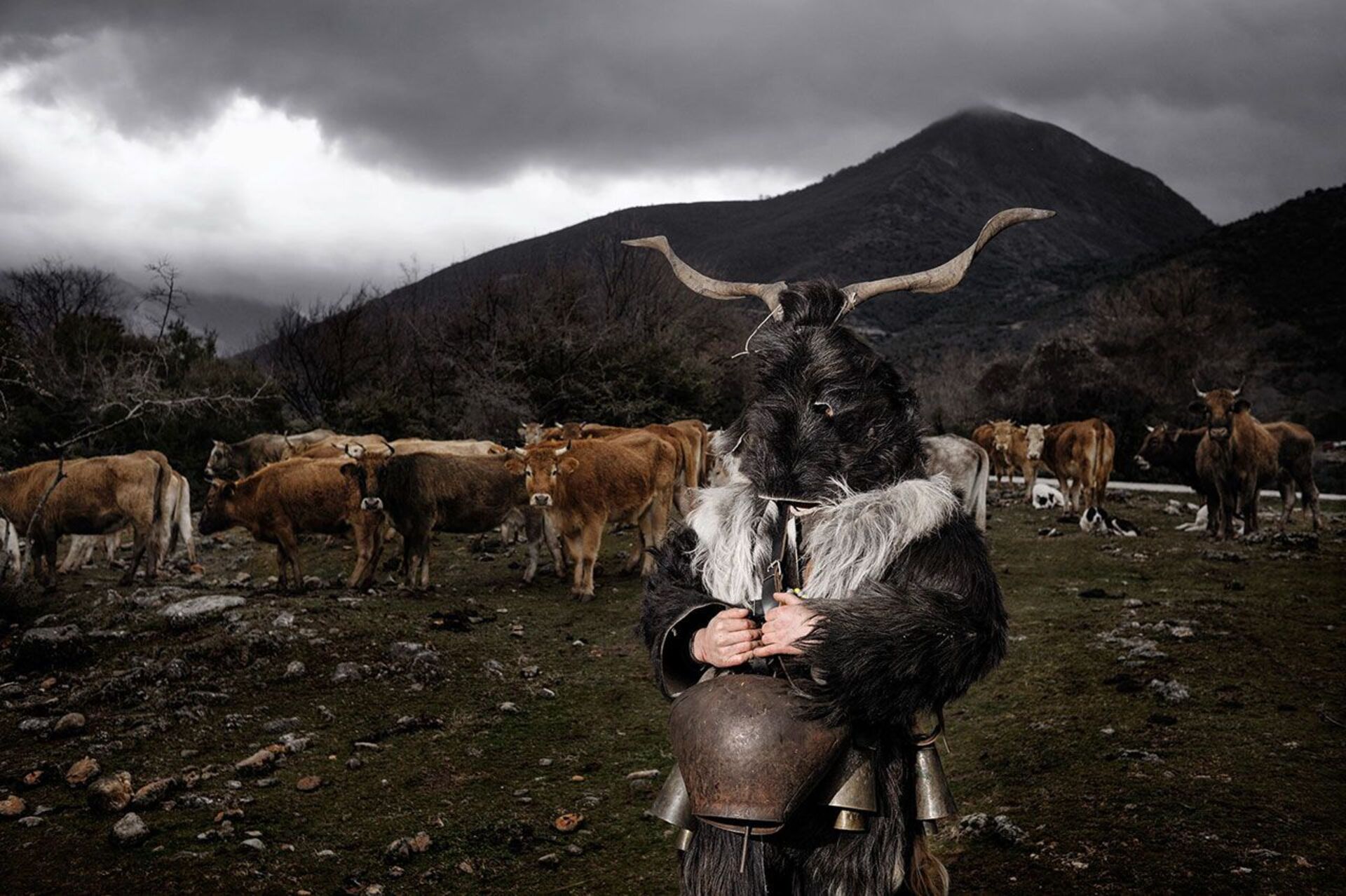 Photographer Nikos Vavdinoudis has developed Faces + Masks a photograph showing the costumes of eight villages in rural northern Greece, and the obscure but fascinating rituals associated with them.

These costumes and associated rituals stretch back to pre-Christianity with its roots in Dionysian ceremonies in ancient Greece and reflect an ancient and tribal Greece.

Some of the ritualized practices are known for their elaborate animal costumes.

Dionysus, the god of wine, is also the god of the resurrection, who died and was reborn three days later. This ancient festival is celebrated during the Christian holiday of Epiphany and the Baptism of Christ.

Dividing old or pagan festivals into newer religious ones is a practice adopted by many religions. It ensures that the dialogue between the ancient past and the present remains virtually uninterrupted.

The rituals, mainly performed in agricultural regions of Eastern Macedonia in Northern Greece, are aimed at the elimination of evil spirits, which can affect the fertility of the land and the people who live on it. In the mountain villages of this region, a good year is synonymous with abundance and the restoration of flora and fauna on which the livelihood of the people depends.

The installation will run until January 2023. For more information, visit https://www.hellenic.org.au/online-exhibition