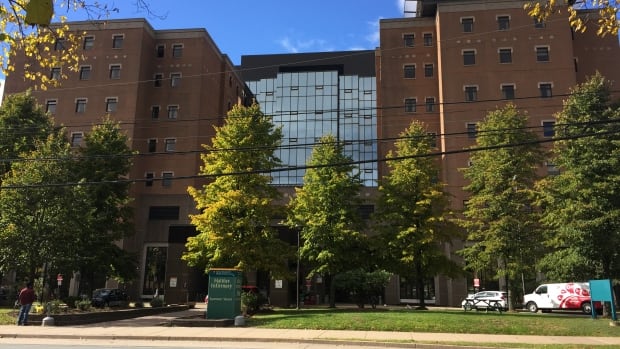 A former chief of cardiac surgery at the Nova Scotia Health Authority says he was removed from office without explanation despite efforts to deal with a toxic work environment plagued by bad behavior, including some surgeons who allegedly use medical instruments threw.

The allegations are contained in a request from Dr. Edgar Chedrawy for a judicial review, filed with the Supreme Court of Nova Scotia in May. The Nova Scotia Health Authority and Nova Scotia Attorney General are named as respondents. Chedrawy, who continues to serve as a cardiac surgeon in Halifax, wants to be reinstated as department head along with a review of the decision to remove him.

AllNovaScotia.com first reported on the filing.

According to court documents, Chedrawy was recruited back home to Nova Scotia from the University of Illinois in 2017, where he served as the chief of cardiothoracic surgery. He was named division head here in 2018 after an international search.

The documents say that reviews of the cardiac surgery department in 2010 and 2016, before his arrival, acknowledged that “there were serious issues that needed to be addressed within the department and… Chedrawy understood that he had been recruited in part to help address them.” .”

The 2016 review, according to court documents, noted that “rude and aggression are expected and tolerated: there is some evidence of bullying.” Chedrawy’s time as division chief has involved investigating and responding to various incidents, which are detailed in the documents.

Not all doctors who want to improve their behavior

According to court documents, Chedrawy was advised by the person who previously ran the department about what she considered to be “racist and discriminatory behavior by certain doctors,” which Chedrawy reported to the department head.

The documents go on to say that a review of how the cardiac surgery program treated fellows concluded that no more fellows should be assigned to the department until the identified issues were resolved.

†[Chedrawy] was concerned that this behavior was being modeled and treated as acceptable to residents and fellows’, the documents say. He took specific steps to address and resolve these issues, with varying degrees of success. Not all doctors were willing to improve their behavior.”

Chedrawy’s request for judicial review is based on several grounds.

Court documents say he was informed that a workplace assessment would take place in 2021. He expressed concerns about how the review would be conducted and alleged conflicts of interest on the part of the two internal reviewers.

Told to work with leadership coach

A few months after the review, Chedrawy was told that in order to maintain his position as divisional head, he would need to work with a collegiality-enhancing facilitator, a leadership coach, and three collegiality surveys.

The letter from Dr. Todd Howlett, executive medical director of the Health Authority’s Central Zone, and Dr. David Kirkpatrick, chief of surgery at the time, who advised Chedrawy on these terms, notes, “There have been some positive developments that have occurred during your tenure as division chief,” but significant issues remain in the division and escalated under his leadership.

Although Chedrawy accepted the terms of keeping his job and worked on it, two months later he was informed in a letter by the newly hired chief of surgery, Dr. Gail Darling, and the vice president of medicine, Dr. Nicole Boutilier said he was fired as division chief effective immediately and was to be paid $97,500 instead of six months’ notice.

According to court documents, Chedrawy had the support of the majority of doctors in the cardiac surgery department.

Oldfield told CBC she ordered the review following complaints about the division she first heard in February and subsequent information gathering.

CBC News reported this week that multiple doctors with international training say they experienced discrimination and other forms of unfair treatment during their time in Halifax as fellows or medical residents of Dalhousie University in cardiac surgery.