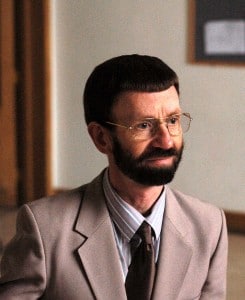 Friends report the death of Freddie Campbell, a versatile and enterprising viola player who later retrained as a countertenor.

He had an unusual resume:
Frederick James Campbell began playing the violin when he was 10 and received an early musical training as a chorister at Belfast Cathedral before spending six years as Queen’s Musician in the Band of HMLife Guards. Music College followed, and Freddie spent six years at Trinity College of Music, London, studying Singing with Morag Noble and Violin & Viola with Vera Kantrovitch & Csaba Erdelyi. While studying at Trinity, he won all prizes and competitions open to strings, sang with the College Vocal Ensemble (Geoffrey Mitchell) and was appointed vocal soloist at a church in Mayfair, central London. After graduating as a Fellow of the College, he formed the London String Ensemble, which has performed with merit both domestically and in Europe. And in 2000, Freddie retrained as a countertenor with Dr. Stuart Ward & Tim Travers-Brown and became a choral scholar in the chapel of Worcester College, Oxford (Judy Martin). After serving as a Cathedral Chorister for some 12 years, Freddie finally “hanged up his cassock” in 2013 to resume his career as a baritone soloist. He regularly sings in church and has given a number of public and private recitals and recorded CDs…