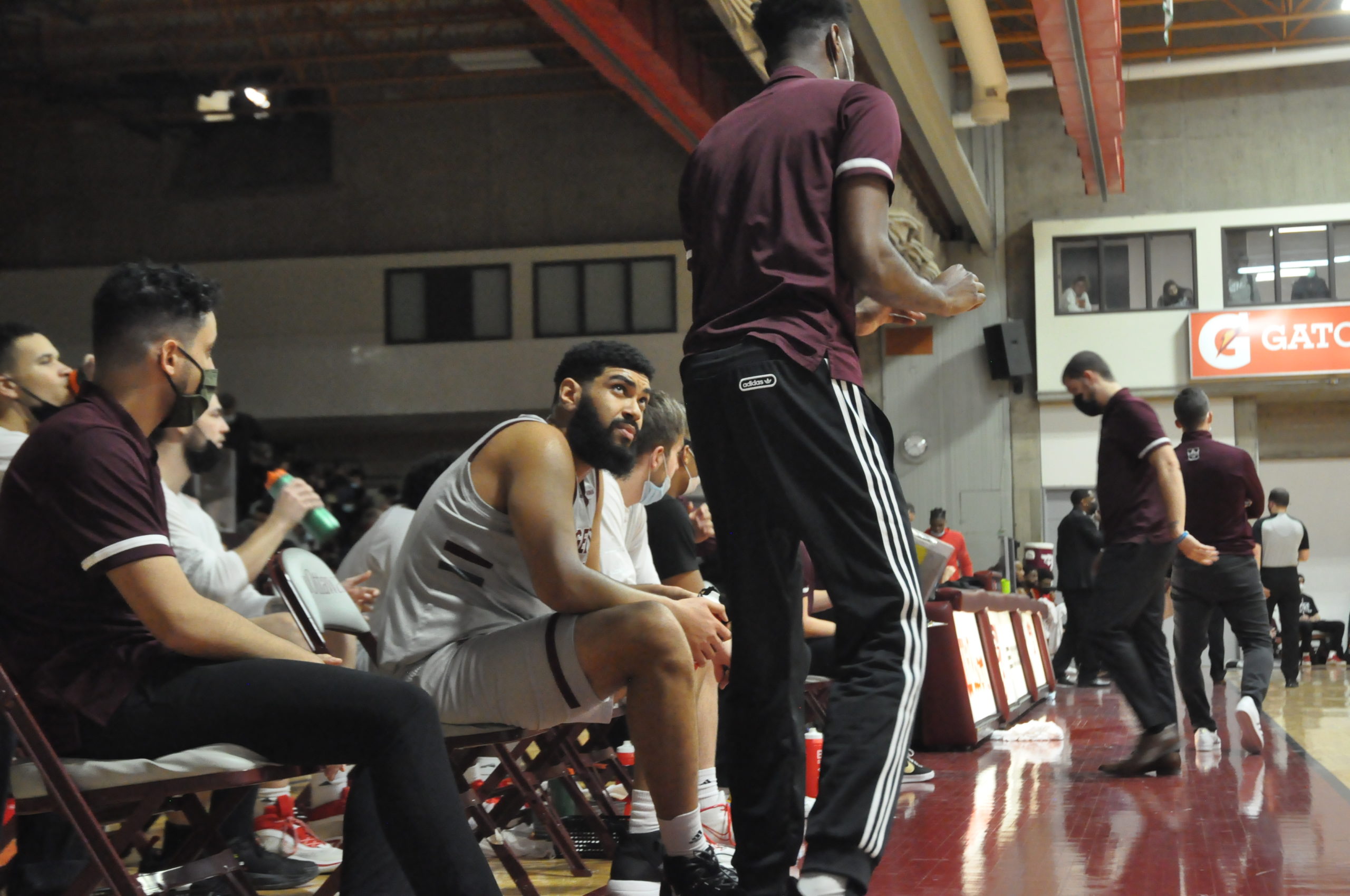 Despite comeback in the second quarter, Gees cannot beat Ravens

Sitting 10-1 in the Ontario University Athletics standings, the Gee-Gees men’s basketball team wanted to beat the team that inflicted their only defeat of the season.

After falling 71-58 against the Carleton Ravens in the Capital Hoops Classic, the U of O team welcomed their rivals to Montpetit Hall for a rematch on Wednesday night.

With the stands packed, it was definitely a loud one.

Carleton’s Aidan Warnholz was first on the board, setting up a three for Gee-Gees’ bench. Before the Gees could react, the Ravens were on the attack again.

The Ravens spent most of the first quarter in possession as the U of O struggled to find their position, unable to score until Cole Newton found the basket in the closing three minutes of the opening quarter.

Thomas Chilton came off the bench with 1:45 on the clock and was only under the basket to make an easy bet for the Gees.

It literally was, and the Ravens ended the quarter with a 17-4 lead.

Josh Inkumsah started in the second, but the Gee-Gees still had a long way to go.

Unfortunately for the Gee-Gees, momentum was still on the Ravens side.

With five minutes to go, U of O head coach James Derouin called a timeout in an attempt to slow the Carleton squad.

In fact, the Ravens didn’t slow down and instead built their lead to 29-12.

But the Gee-Gees showed no signs of giving up, and instead they took to the run and clawed their way back into the game.

A three-pointer from Inkumsah fanned the crowd and brought the Gees within six.

At the buzzer, the scoreboard read 30-28 for the Ravens.

The Ravens came out hot in the third, a little too hot when Dragan Stajic pulled off a charge. Even with the Gee-Gees playing a solid defense, Warnholtz found the basket from behind the arch to make it 33-28 for Carleton.

Newton responded with his, but Carleton’s Connor Vreeken wanted to join in. And so did Cordell Viera.

Viera earned back-to-back points and rebuilt Carleton’s lead. But at this point, everyone knew better than to rule out this U of O squad.

Huge defensive pressure from the Gee-Gees turned into points for Newton and on next possession he was able to draw a foul and drown a couple of free throws.

Carleton held onto the 49-45 lead with ten minutes left.

The start of the last quarter was up and down, but it was clear that the Gees defense wasn’t as solid as it had been a while ago.

Inkumsah went out with a 5:39 error on the clock, ending the game with five points and three rebounds.

Although it looked like the game was going to slip again, Boursiquot hit a three-pointer to get the crowd cheering. He then took it away for a lay-up.

A few seconds later, Boursiquot forced a turnover, the ball ended up in the hands of Guillaume Pépin. An unsportsmanlike foul against the Ravens meant that Pépin would shoot free throws.

Both were made, with the Ravens leading 59-57 with 3 minutes left.

The teams exchanged baskets and in the final 30 seconds of the game, the Ravens had the score and time on their side.

61-59 up, 18 seconds on the clock and a man on the free-throw line, things looked good for the Ravens.

Unable to beat Carleton again, the Gee-Gees lost the game 64-59, dropping their record to 10-2.