When I was most ill as a teenager, I lost myself in books. In doctors’ offices and waiting rooms, in my high school headquarters waiting to explain to the attendance manager (shoutout to Ms. James, the reason I graduated) another absence, in gym class with everyone running in circles but I was in the stands.

Adjusting to a new diagnosis (Postural Orthostatic Tachycardia Syndrome) and also adjusting to a brand new school was not what I expected my freshman year of high school to look like. I never thought I would crawl to the shower in the morning because my legs couldn’t hold me. I never thought I’d be taken out of the school elevator because I looked like I “didn’t belong there.” Everything around me was blurry, but the pages in front of me were steady.

There came a point, however, when I realized that few of the books I had grounded myself in had people like me in them. If they happened to do that, they were more cardboard than cut out. Their chronic illnesses acted as symbols or metaphors. Usually the characters (because they were never main characters) died in the arms of the main characters to teach them a lesson about the fragile nature of humanity.

As a teenager counting on a brand new diagnosis and an unfamiliar body that was constantly failing her, I began to believe there was a reason behind this lack of representation. That bodies like mine weren’t meant to be heroes, or love interests, or main characters. That bodies like mine might not have been fit from saving the world, from slaying dragons, from drawing swords from stones.

When I wrote my debut novel, One for all, I wanted to provide the representation I so desperately needed. A story of a girl with a chronic illness who dueled with villains, protected France, while processing her own complicated feelings about her disability.

As I wrote, I looked back at some of my favorite books with authentic portrayals of chronic illness that I was in my twenties. I only wish I could have read them as a teenager. 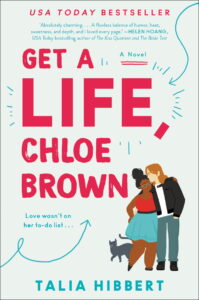 In a world that often robs people with disabilities of their capacity for sexual desire, or are thought to be capable of arousing sexual desire, it is revolutionary for a chronically ill woman (especially a black chronically ill woman) as a protagonist in a novel. to trade. Romance, as a genre, has some handicapped writers bringing incredible books into the world (Helen Hoang, Chloe Liese), but Talia Hibbert’s Get a Life, Chloe Brownand the trilogy that follows will always have a special place in my heart because it’s the first book I read about someone who, like me, has severe pain days, brain fog, and a host of other symptoms, but still considered as sexy and attractive and worthy of love just the way she is. 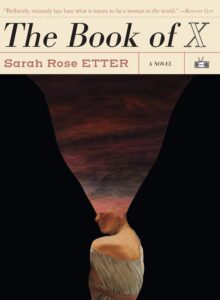 As a general rule, I steer clear of books that display a disability that approaches anything close to a metaphor. Disability is disability, chronic illness is chronic illness and pain is pain. These need not have a deeper meaning; our identities are not symbolism. However, X’s book is a huge undermining of disability as a metaphor trope.

Cassie was born with her stomach in a knot — yes, a literal knot — like her mother and her grandmother before her. What follows is a fabulistic exploration of the realities of living with a chronic illness/invisible disability. No one will see Cassie’s knot if she chooses not to show it, but it affects all of her experiences. In an eerie world of flesh pits, fantastic visuals, and ambiguously named settings, Cassie’s condition is neither disgusting nor dramatized. It is the most realistic part of this surreal book. I think fellow young adult author Heather Kamins said it best, to paraphrase her on the subject of fabulistic novels featuring chronically ill protagonists: fabulism can reflect the reality of the experience of illness, of diagnosis, that feeling of being part of making your body and not being a part of it, all at once. In a strange, ever-changing world, it sometimes feels like the only constant are our symptoms.

Other reading recommendations: The Moth Girl by Heather Kamins.

Raven Leilani’s debut novel powerhouse was critically and commercially acclaimed (as it should be), but very little attention was paid to how the main character, Edie, has IBS. Edie, a young black woman who begins an affair with a white married man in an open relationship. The plot is amazing, unpredictable. Leilani never shyes away from portraying the reality of Edie’s experience with IBS, especially how it affects her sex life. As someone who writes both adult and young adult fiction, it was one of the first books that, as a chronically ill author, made me feel like there might be a place for me and my stories in literary fiction. 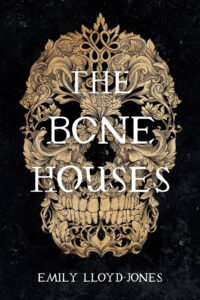 The power of portraying chronic illness in a non-contemporary setting cannot be overemphasized: too often the chronically ill are obliterated and/or sidelined in fantastic texts. Some of my favorite books, which I sought out in high school when I first got sick, were fantasy novels. I can’t even imagine what my view of my illness would have been if I had had access to… The Bone Houses as a teenager.

What Emily Lloyd-Jones achieves in The Bone Houses is magical (and no, not just because it’s YA historical fantasy). Told in double POVs, Ryn and Ellis set out to rid Ryn’s village of resurrected corpses known as bones houses. Ellis, a mapmaker, is an apprentice with a mysterious past, but the mystery that surrounds him is never defined by his chronic pain. The Bone Houses is a deep brooding over grief, complete with zombies that are not blood and gore, but silence and terror. Plus, there’s Bone Goat: beloved pet goat turned zombie turned fan-favorite animal sidekick. As a bonus, a novel set in the same world as The Bone Houses† The drowned forestwill be released this summer.

Other reading recommendations: The sound of stars by Alechia Dow. 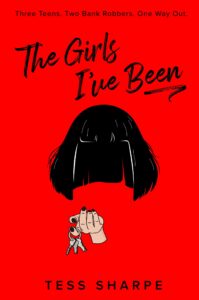 For a condition that affects up to 1/10 AFAB people, you would think there would be more easily accessible literature representing endometriosis. Sadly, we live in a society deeply troubled by any mention of menstruation, to the extent that grown adults are shocked when a children’s movie dares to show sanitary pads on screen. In The girls I’ve been (Soon to be a Netflix movie starring Millie Bobbie Brown), Tess Sharpe makes a thriller that isn’t about chronic illness (a refreshing change from the traditional “[insert character’s name] pretended to be handicapped all the time!”), but the experience of being chronically ill nevertheless runs through the novel. Iris (Nora’s girlfriend) endometriosis doesn’t just go away when it comes out (aka when Iris and Nora are held hostage by bank robbers with Nora’s ex-boyfriend). The girls I’ve been is a blunt rejection of the widespread notion that chronically ill characters can’t thrive outside the walls of a hospital room — and, as usual, Sharpe’s narrative voice is one that grabs you and doesn’t let you go.

Other Reading Recommendations: Sharpe’s Debut Novel, far from youcontains some of the best portrayals of chronic pain I’ve ever read. 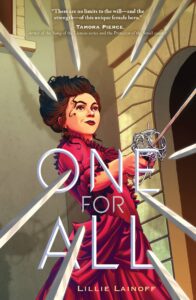