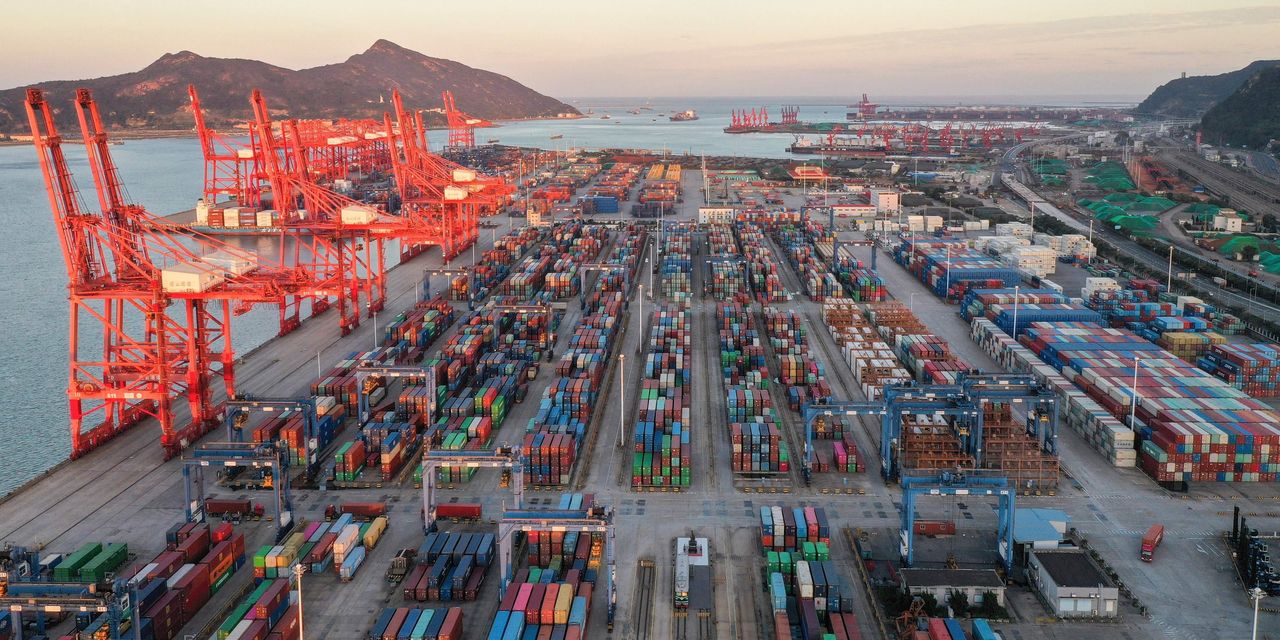 The lifelines of world trade are becoming more expensive, congestion in ports is increasing and becoming widespread worldwide.

That’s according to a report released Tuesday by Michael Tran and Jack Evans of RBC Capital Markets, which uses alternative data and geospatial intelligence to track 22 of the world’s largest and most influential ports. It points out that a fifth of the global container fleet is currently stuck in congestion at various ports and less than 40% of ships arrive on time. Meanwhile, freight rates are still high, while marine fuel prices and insurance costs are rising.

The report outlines a host of forces that are likely to translate into even higher costs for consumers, who are already grappling with US inflation at a four-decade high.

The widespread expectation that inflation may already have peaked, as suggested by some signs in the latest consumer price index report, may be “wishful thinking,” according to Ben Emons, general manager of global macro strategy at Medley Global Advisors, which manages the flow of goods.

In fact, forces beyond the Federal Reserve’s control are mounting just as policymakers gear up to implement their first rate hike of 50 basis points in nearly 22 years on Wednesday. And “It’s out of the question that tariff increases will bring container ships back from Shanghai to LA faster,” Emons said by phone.

Read: Traders and investors may have bitten at a ‘head fake’ of a single soft US inflation rate

“We still haven’t seen the full ripple effect of supply chain issues that are now going global because of the COVID situation in China and Russia’s war on Ukraine,” Tran, RBC’s head of digital intelligence strategy, told MarketWatch by phone. . “There are very few levers to pull when you look at the ripple effects. We almost have to let it run its course.

“The world trade lifelines are definitely getting more expensive and will definitely trickle down to the end user,” Tran said.

One of the implications of RBC’s findings is that financial markets may eventually come to the view that the Fed and global central banks are helpless in fighting inflation, even if they raise interest rates. In such a scenario – described by Emons as “outside the consensus, but within the realm of tail risk opportunities” – the first sign that markets are losing confidence in the Fed would be a very negative yield curve – with the 2-year rate TMUBMUSD02Y,

trading near 4% and the 10-year yield TMUBMUSD10Y,

Share prices would continue to fall and the US dollar would become “super strong with an overall gain of 25% over last year against other major currencies,” Emons said.

Keywords: ‘You don’t want to own bonds and stocks in this environment’: Paul Tudor Jones

The dollar would benefit from its status as the world’s primary reserve currency in a scenario where global central banks can’t control inflation, and a stronger greenback would ultimately negatively affect commodity prices — pushing the prices of everything from metals to agricultural commodities down. , would go down. he said. In a nutshell, US markets would begin to behave more like an emerging market like Turkey, which is grappling with a combined financial and economic crisis amid rising inflation and a falling lira.

Last year’s supply chain problems, which Tran and Evans called “Supply Chain Bottlenecks 1.0,” were largely the result of record consumer demand for goods. This year’s 2.0 release is compounded by China’s battle with COVID and Russia’s war on Ukraine. Inefficient operations in major ports also continue to wreak havoc, they said.

Congestion at the US’s largest ports of Los Angeles and Long Beach should improve, given a slowing line of ships moving across the Pacific as China grapples with COVID. But that didn’t happen, Tran and Evans said.

Instead, operational efficiencies in both ports have “eroded” in recent months. With a queue of 19 ships as of Monday, the current turnaround time is 6.9 days, compared to 3.4 days for COVID. “LA and Long Beach should do better by taking this opportunity to completely reset and clear the bottlenecks, but aren’t: That’s what has gone global,” Tran said.

Off the coast of China, 344 ships waited for berth in the port of Shanghai, a 34% increase in the past month, according to RBC’s report. It currently takes 74 days longer to get goods from a Chinese warehouse to a US warehouse, a route that previously took 37 days.

Meanwhile, ships from China are arriving at European ports on average four days late – which in turn is leading to a shortage of empty containers for ships heading from Europe to the US east coast. To avoid canceled bookings, both vessels and containers must be available at the right time and in the right place, Tran and Evans said.

As a result of the Russian invasion of Ukraine, several major shipping companies have stopped transport to the Baltic and Black Seas. According to RBC’s report, total lead times for the three largest European container ports – Rotterdam, Antwerp and Hamburg – are currently 8%, 30% and 21% above the normal five-year level.

On Tuesday, US stocks struggled to gain direction earlier in the day before finding traction. The S&P 500 rose about 0.8% in the afternoon as Dow Industrials DJIA,

and the Nasdaq Composite COMP,