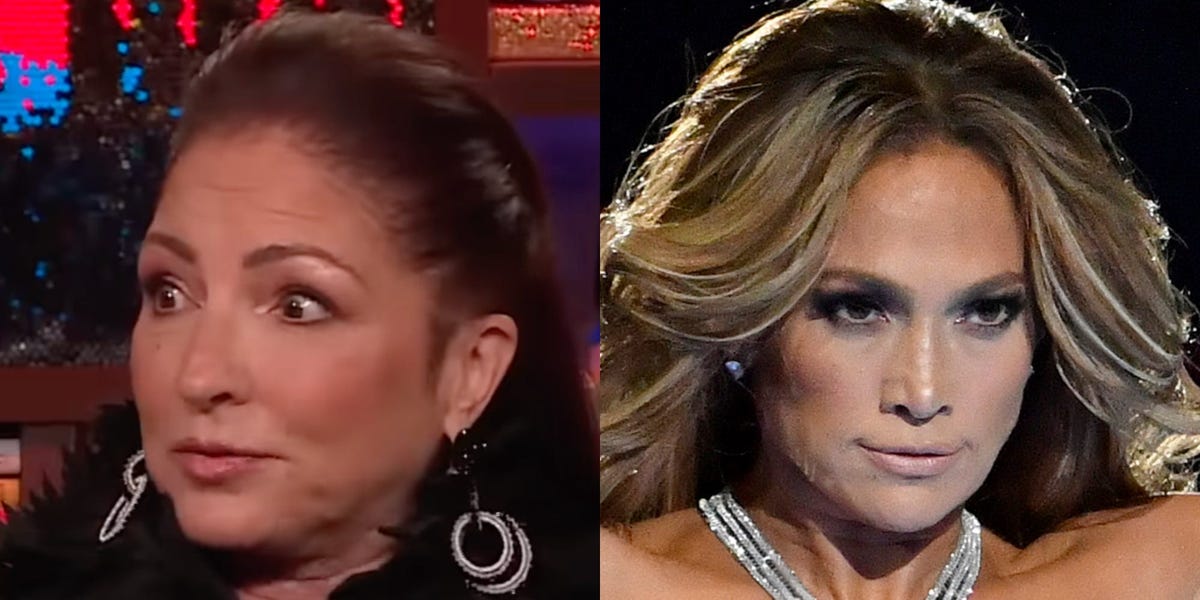 Gloria Estefan appeared to shadow Jennifer Lopez’s comments about sharing the stage with Shakira for the 2020 Super Bowl halftime show on Tuesday’s episode of “Watch What Happens Live!”

documentary “Halftime” that it was “the worst idea in the world” to have two Latina singers share the stage and split about 14 minutes of playing time. In response, Estefan said, “Look, this is the bottom line. You have very little time, about 12 minutes or something, to get things on and off the set.”

“So, could you do it for one person? Yes,” she continued. “But I think they wanted to give a Miami and Latin extravaganza and they tried to pack in as much as they could. And they killed it. That was a great show.”

When Cohen asked if she was also approached to perform on the show, Estefan seemed to cast a bit of a shadow. “Imagine what J.Lo would have said if I had been a third?” laughed the Cuban-American singer.

“I would have literally come out, like ‘Come and shake your body,’ and out,” she continued.

Estefan grew up in Miami and rose to fame as the lead singer of The Miami Sound Machine, so it would have made sense for her to perform. But she said she turned down the offer because “it’s their moment” and “I’ve played a few Super Bowls.”

In addition, she added, “I didn’t want to go on a diet in December.”

As Estefan aired the comments, Netflix’s Lopez documentary “Halftime,” released earlier this month, made it clear that it violates precedent for the NFL to ask two singers to share game time. As Lopez’s longtime manager Benny Medina pointed out, usually one performer gets to choose whether they have guests or not.

“Usually you have one headliner at a Super Bowl,” Medina said in “Halftime.”

“That headliner builds a show, and if they choose to have other guests, that’s their choice. It was an insult to say it took two Latinas to do the job one performer has historically done, he continued.

NFL representatives did not immediately respond to Insider’s earlier request for comment on Lopez and Medina’s comments during the halftime show.