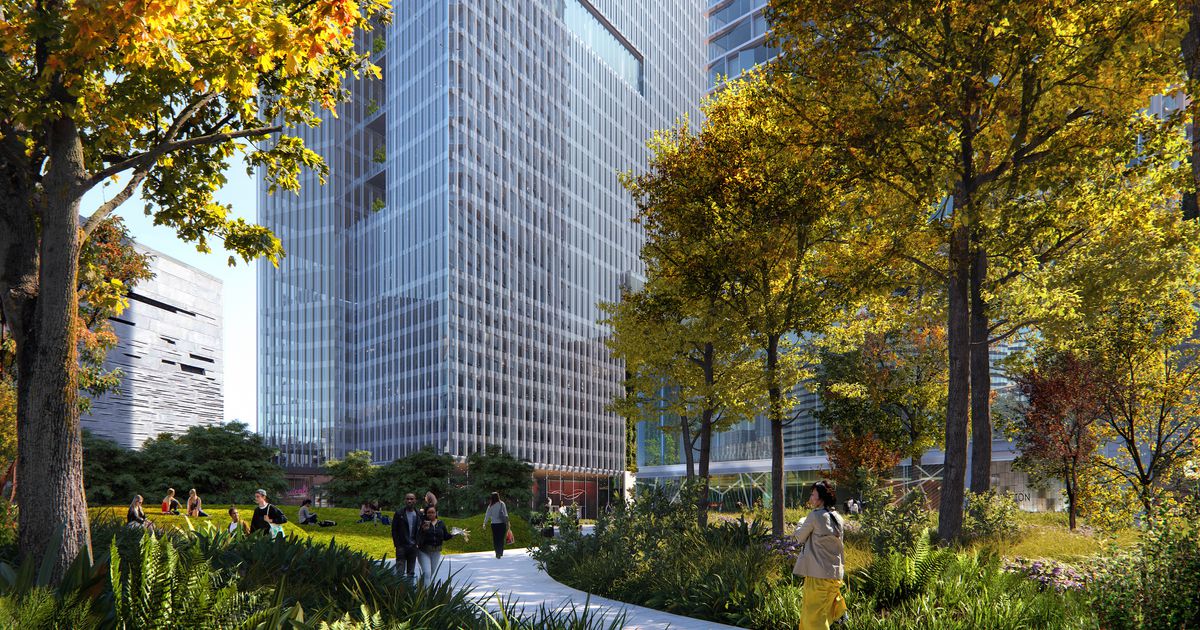 New York-based financial giant Goldman Sachs will place 5,000 employees in an office campus that will be built just north of downtown Dallas.

The city council voted Wednesday to give Goldman Sachs and Dallas’ Hunt Realty more than $18 million in economic incentives to build the office project at 2323 North Field St. next to the Perot Museum.

“This is exactly the kind of company we should be investing in,” said Councilman Cara Mendelsohn. “For me, this is a meaningful investment.”

“I don’t see the need for public support for a wealthy public company that is highly capitalized and doesn’t need this money to decide where to locate their offices,” said Ridley, who ultimately voted in favor of the proposal.

The Goldman Sachs campus would be part of Hunt Realty’s 11-acre North End project, located between Victory Park and Uptown.

Plans for the mixed-use project include office, residential and hotel towers and retail space just north of Woodall Rodgers Freeway. The new buildings will be built around a 1.5 hectare park.

The incentives approved by the city are a combination of economic subsidies and tax cuts. The city council agreed to give Goldman Sachs $4.375 million in grants and real estate and business tax credits worth $13.644 million.

Goldman Sachs currently employs approximately 2,500 full-time permanent employees in Dallas, most of them at the Trammell Crow Center on Ross Avenue.

Bentley said the city subsidy is about $800 per employee, “which is less than we’ve offered for comparable deals.”

The workers will have an average annual base wage of at least $90,000.

“The kind of jobs we’re looking at is the full spectrum of services at headquarters,” Bentley said. “All Goldman Sachs divisions will be represented from the Dallas office.”

In addition to job creation, the city is asking Goldman Sachs to “partner” with Paul Quinn College, the University of Texas at Dallas, and Dallas College to create internship and apprenticeship staffing programs.

“The idea of ​​sitting back in a competitive world is going to make Dallas a loser,” she said. “The competition is so ready to step in and take projects away from us. Dallas is a winner.”

Goldman Sachs representatives have declined to comment on the planned expansion of the Dallas office.

Goldman Sachs’ proposed office would cost more than $480 million, according to filings with the city. That would make it the most expensive real estate project in downtown Dallas in decades.

The financial company also has hundreds of employees in an office in Richardson’s Telecom Corridor.

Goldman Sachs’ reward package is one of the largest Dallas has ever created.

State, city and county officials approved a total of nearly $36 million in economic incentives to bring Uber’s office to Dallas. But Uber has drastically scaled back its operation in Dallas during the COVID-19 pandemic, forfeiting the millions in support.

Toyota North America received more than $8 million in incentives from Plano to move its North American headquarters out of California. Toyota also received $40 million from the Texas Enterprise Fund for bringing 3,650 employees to its new headquarters in Plano.