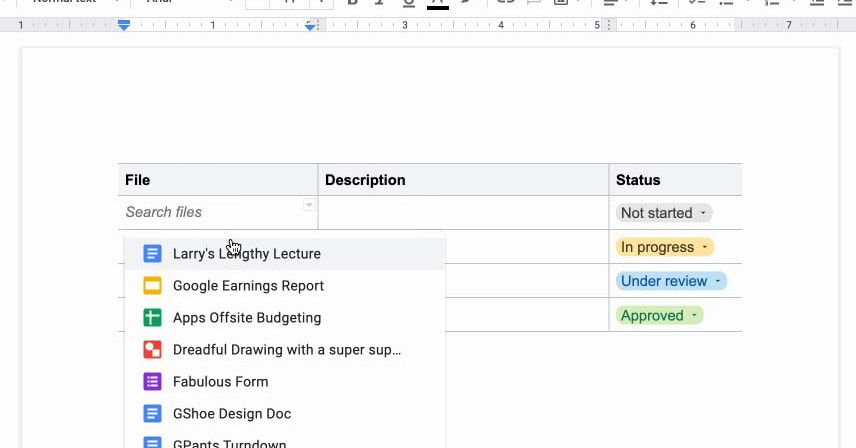 Google has announced new dropdown and table tools for Google Docs as it tries to evolve its word processing software into more of a collaborative productivity tool. The search giant is calling small modular features like these “smart chips,” and they’re part of the “smart canvas” initiative it launched last year. The features will be rolled out across all Google account tiers during this month.

The drop-down tool allows you to insert a small drop-down menu into a Google Doc, with a list of customizable options to choose from. Meanwhile, there are also new table template options that can be used to quickly add nicely formatted tables to a document. It looks like a huge improvement over the current barebones table creation feature in Google Docs.

Together, they can be used to quickly create a simple project management document, such as offered by productivity tools like Notion, right in Google Docs. Documents are no longer designed around the idea that you are typing a document that you will eventually print. Instead, recent features see the documents serve more as collaboration tools for remote workers.

After being relatively unchanged for years, Google has been rapidly releasing new features for Docs in recent months. It announced new pageless formatting in February, Markdown support, and the ability to seamlessly compose emails in March and emoji responses in April. The new options are both available in the Insert menu, where you will find an option for “Dropdown” or “Table Templates” in the “Table” submenu.