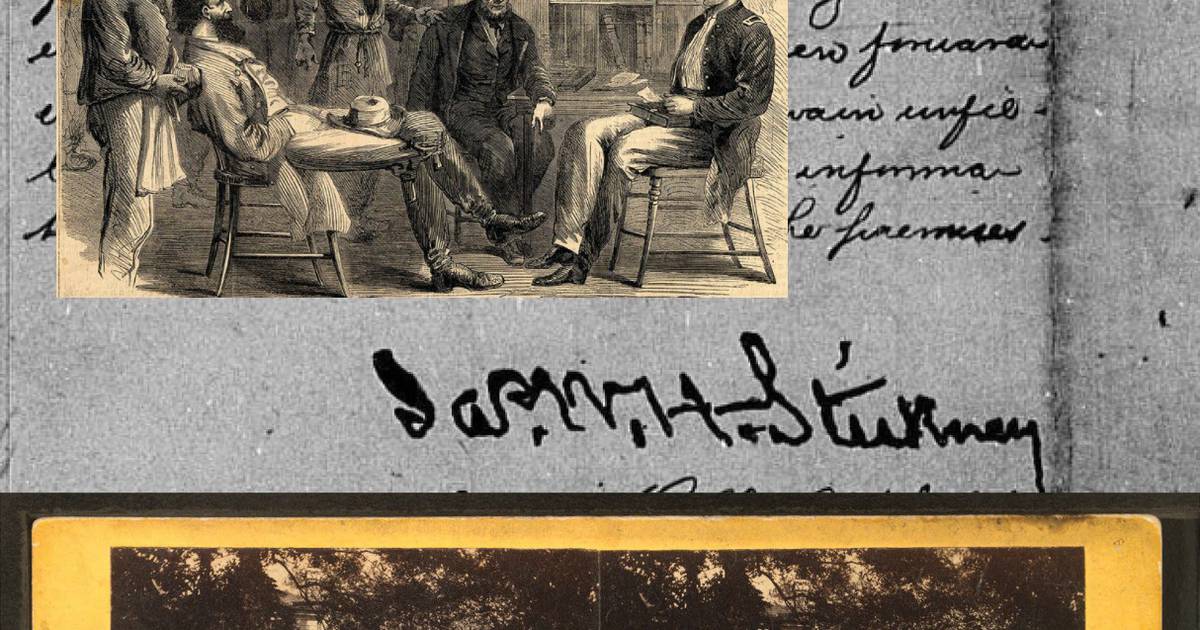 The Hosanna School Museum, the first of three Freedmen’s Bureau school buildings established in Harford County, has partnered with the Smithsonian Institution’s National Museum of African American History and Culture (NMAAHC) and the University of Maryland to transcribe records that tell untold stories of the African American experience during the post-Civil War and Reconstruction periods.

“These records testify to our country’s rich history and are a powerful demonstration of the tenacity and resilience of former slaves who were denied basic rights, yet united despite all the odds,” said Iris Barnes, executive director of the Hosanna School Museum. “It means so much to Hosanna School to be a part of this transcription project to share these important stories with the public. The records have been vital to the development of our permanent exhibits at Hosanna and the McComas Institute.”

The United States Bureau of Refugees, Freedmen, and Abandoned Lands, also known as The Freedmen’s Bureau, was created by Congress in 1865 to assist previously enslaved people in the transition from slavery to freedom and citizenship. The agency established a free school system and provided food, shelter, clothing and land, as well as medical care and legal representation.

According to a press release, the agency made more than 1.7 million records between 1865 and 1872, providing a unique picture of the life of these newly liberated African Americans and life in the South after the Civil War. According to a press release, the data identified the names of hundreds of thousands of previously enslaved individuals and refugees.

“Most of the Freedmen’s Bureau documents have been digitized, but few have been transcribed. Many stories can emerge from these pages,” said Quint Gregory, director of the Michelle Smith Collaboratory for Visual Culture, Art History and Archeology at the University of Maryland. “But without transcription, it can be difficult to find these stories. Transcription helps us discover new knowledge about our country’s past.”

For example, a story from the Freedmen’s Office of Hosanna School archives was about Edmonia Highgate, a prolific writer who held the first class of Hosanna School in March 1865. As the story of Highgate and her family resurfaced, Freedmen’s Bureau records revealed the shared trials, triumphs, challenges, and realities of African Americans during the Reconstruction Era.

“As laws changed at the time, promises often rang hollow when teachers and students were attacked for simply trying to improve conditions for African Americans,” Barnes said. “Many churches with schools were burned down to prevent African Americans from getting an education. By working to transcribe these records, more stories and more of our history will be revealed.”

As part of the 2022 Freedmen’s Bureau Transcribe-a-Thon, “Immersing in the Stories and Spaces of Black Education,” transcribers found themselves in a 3D virtual reality room created by the Hosanna School Museum’s Virtual Reality Collaboration Lab so that transcribers were able to explore and learn first-hand about the school.

“Only 2% of the 95,000 entries in the National Register of Historic Places focus on the African American experience,” said Aaron Rice, founder and CEO of Virtual Reality Collaboration Lab. “Our company is leading the effort to digitally preserve African American cultural heritage sites and experiences.”

Family historians, genealogists, students and scholars around the world will have online access to these transcribed records, which can be searched for keywords, making it easier to find a person or subject, Gregory said.

The Hosanna School Museum was the first of three Freedmen’s Bureau school buildings to be erected in Harford County, and the building was used as a school, community meeting place, and church. In 1879 the Harford County school commissioners took over the operation of the school and Hosanna remained an active schoolhouse for African American children until 1946. Currently a schoolhouse museum, it is available for community gatherings and public and private events.