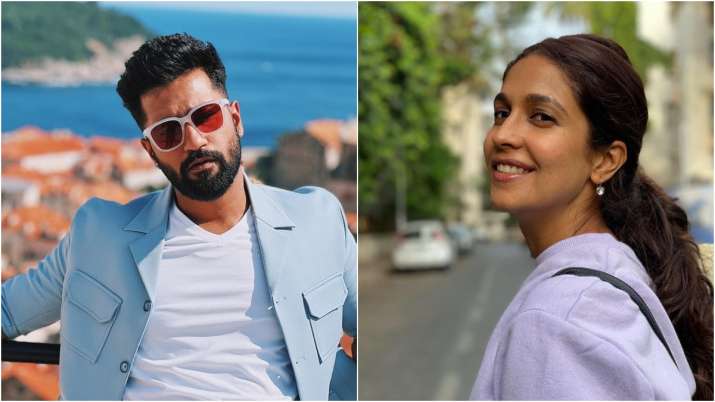 Harleen Sethi recently shared a post on social media that many believed related to her ex-boyfriend Vicky Kaushal. Harleen and Vicky broke up before going their separate ways in 2019. There was speculation that Vicky and Harleen broke up after Uri: The Surgical Strike became a blockbuster and launched the Bollywood star into the major leagues.

Read: Mammootty’s CBI 5 on Netflix: Streaming details and all about the Malayalam mystery thriller franchise

Harleen shared a social media post lashing out at her ex-boyfriends. She wrote in the caption, “Because roads have more depth than my boyfriends have ever had. Outfit: Boyfriend’s tracksuit (sic).” In the photo, Harleen was wearing a lilac tracksuit and carrying a bag on her shoulders. Since icky is one of Harleen’s exes, many concluded that she was mocking the Masaan actor.

Some social media users liked Harleen’s sense of humor. Others trolled her caption. “He’s been dating his current wife for a longer period of time than you. He’s been married for a year now and makes no allusions to you. However, you’re still obsessed. Move on,” wrote one of the netizens in the comments section. Another said: “Savage but fair, as always (sic).”

Vicky started dating actress Katrina Kaif after she broke up with Harleen in 2019. The couple is now married and tied the knot in a royal building in a Rajasthan fort. Last year, Vicky and Katrina’s wedding was the most talked about celebrity engagement in Bollywood.

On the work front, Vicky will be seen in Govinda Mera Naam, opposite Bhumi Pednekar and Kiara Advani. He has also completed the shooting of his upcoming movie with Sara Ali Khan. It is directed by Laxman Utekar.