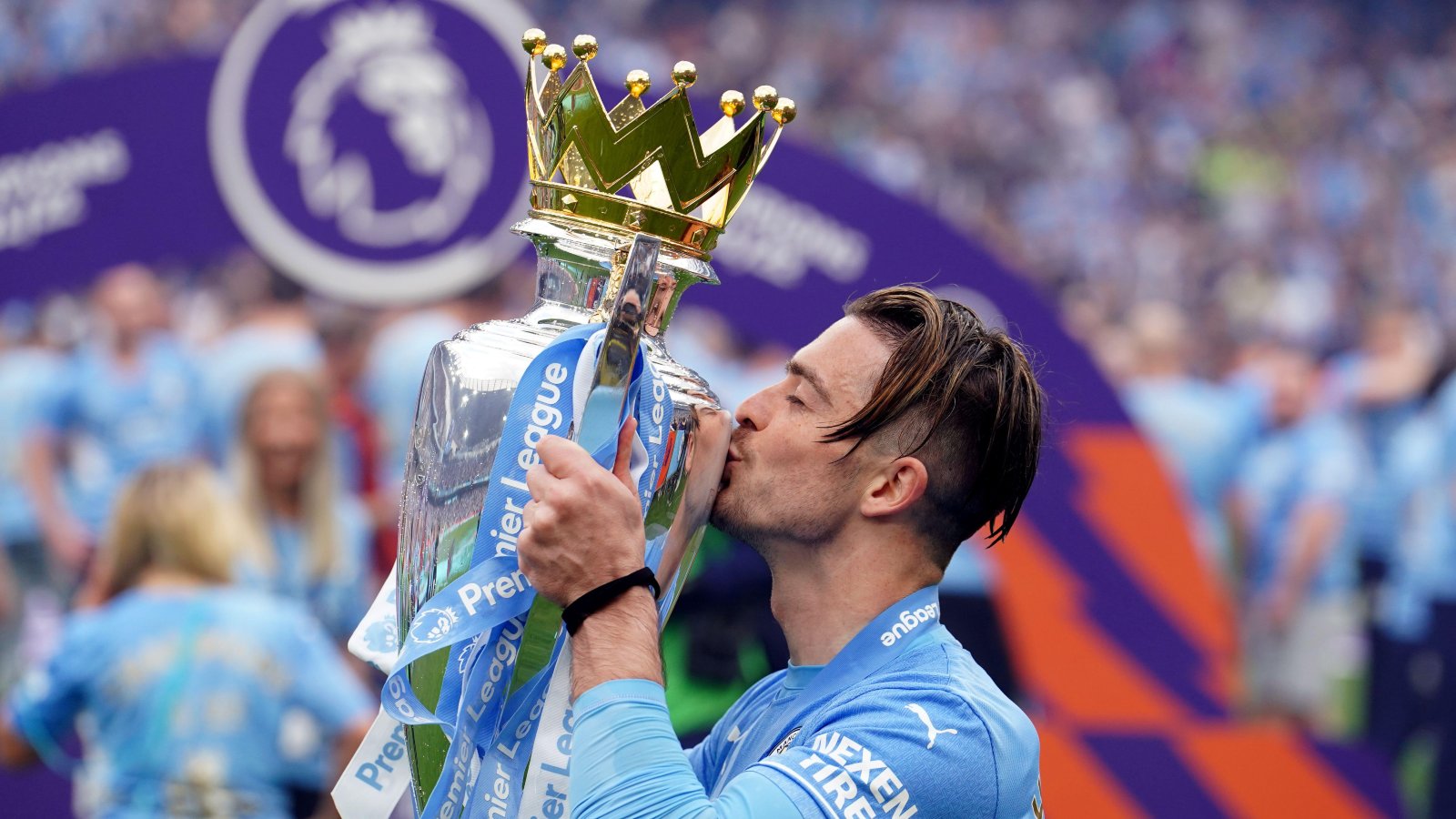 Jack Grealish posts a picture of one beer and that’s him leading the Manchester City celebrations. And then there’s the security hold-up.

Now that Manchester City have won the Premier League title, the interest should quickly turn to something much more interesting. Why linger on a phenomenal end to an extraordinary season when you can talk about the party that followed instead? Even if you have no idea what happened in there. Why would that stop someone claiming to be able to take you “inside” those celebrations? Especially when we can all pretend Jack Grealish has behaved badly with literally zero evidence…

Inside Premier League title party: Jack Grealish leads the boozy celebrations for Man City as he drinks ‘lots of beers’ during their bash at the Ivy, with players partying until 3am after knocking out rivals Liverpool’

That’s the MailOnline† Now we’re glad we’ve corrected this, but we don’t think Dan Ripley, the Mail’s resident nu-metal fan, has been invited to The Ivy, so we’re not convinced he can bring us ‘in’.

As it turns out, the only place he can take us is Instagram and The Sun’s website.

And how do we know that ‘Jack Grealish leads the drunken parties’? Well, only because he posted on Instagram early in the day that his pass beer was “the first of many.” Turn that neatly upside down and we have Grealish ‘downing’ (it’s always ‘downing’) ‘lots of beers’.

Now he’s probably had ‘a lot of beers’, but that’s not information gathered ‘within’ the celebrations, but an Instagram post hours before.

Paparazzi then took pictures of him leaving The Ivy at 3 a.m. He looks fine, but:

Grealish was one of those who seemed to have enjoyed the celebrations as he stumbled out of the restaurant with help, promising he would love to win the Premier League for the first time in his career.

Did he stumble out of the restaurant with help? There are two depictions of Grealish outside of The Ivy and frankly, he looks big for a guy who’s been partying for about nine hours.

The midfielder’s post-match celebratory drink had begun long before he even got to the Ivy when he posted a photo of him sipping a lager in the town’s locker room with the caption ‘Ooffft the first of many’, while he’s an emoji of a few beers.’

Yes, his celebratory drinks had started along with pretty much the rest of the Manchester City roster. Then he had another drink, with almost the entire Manchester City team. Then he left the celebrations. Did he “guide” them? Damn know because we weren’t there.

On the Mirror website, Tom Blow also promises a highlight “in Man City’s title celebrations as Jack Grealish leads the stars on an epic night out.” Was Blow invited to talk cricket with Gabriel Jesus? It seems unlikely.

He tells us that Jack Grealish led the celebration and again the only evidence is an Instagram post and a paparazzi shot.

At The Sun they say – among the photos of ‘stunning Wags’ – that Grealish ‘was held up by security as he left the premises’. Oddly enough, The Sun chose a photo of Grealish where a burly man is holding his arm and not one of the many others where he walks unaided.

Oh and the same image (of Grealish ‘held up by security as he left the premises’) is used elsewhere by the Mail with the caption ‘Grealish was accompanied by a bodyguard when he entered The Ivy on Sunday night’. So he went in or out and he was ‘plugged in’ or ‘held up’. Whatever. All we know is that Grealish “led” the festivities.

But the big Grealish news of the day comes on the Daily Star websitewho know exactly what they are doing with this:

“Grealish invites Neville’s daughter to a night out on the town.”

She’s 12. And he also invited Neville himself, at the request of Micah Richards. But well done for making him sound like a real dirty b*star.